I’ve seen various versions of Quick Response (QR) Code made by fiber-arts methods – the most common are knitted (both hand-knit and machine-knit) and cross-stitched.  To get the reader to pick up the code properly, the grid needs to be fairly square, and the contrast has to be very high.  I looked at this, and thought it would be a perfect application for double-faced tablet weaving. I was pretty sure it would work, so I set up a short warp in black and white perle cotton as a proof of concept.

After working a couple of very instructive samples, I decided to put together a band with three coded sections into a small pouch.  Those are gift cards for scale.  At the simplest version of the QR code, which is 21 grids square, the pattern will hold about 16 to 20 characters; enough for a short phrase, a brief URL, a phone or ID number.  This little bag has a woven strap to carry it around my neck, with enough space to hold my ID, a couple of credit cards, and some cash. The pattern is carried on sixty-three tablets, with a border of 3 on either side.  The checkered strap is woven with 9 tablets. 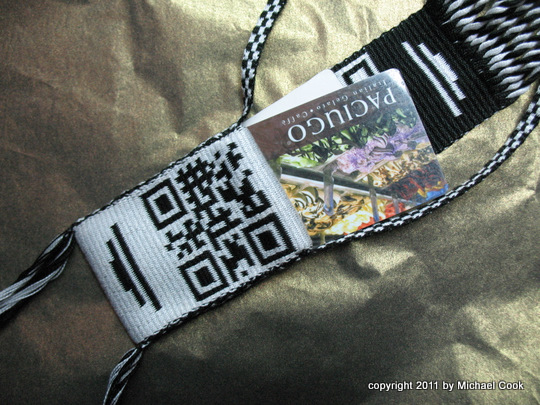 The flap lifts up, and the cards go inside – the front of the pouch body has a different code on it.  One thing I learned – I should have situated the code further down the bag, where it would not be impacted by the bump of the hem.  Any curvature which changes the shape of the coded part can make it challenging for the little machine to read. 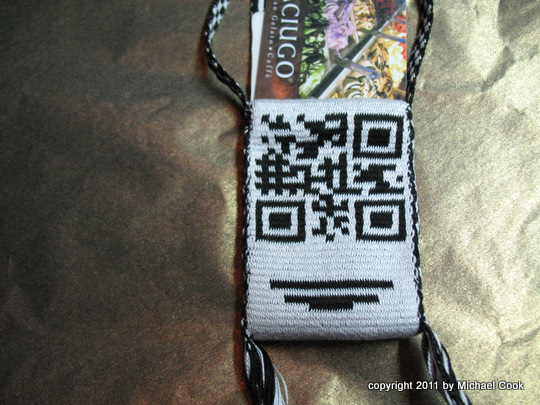 This one’s a little bit more square-on, and the reader gets it more easily.

This one in particular amuses me.

If you don’t have a QR reader on your phone, the three pieces say:

The front of the pouch: ɯoɔ˙ʇıdsɯɹoʍ˙ʍʍʍ 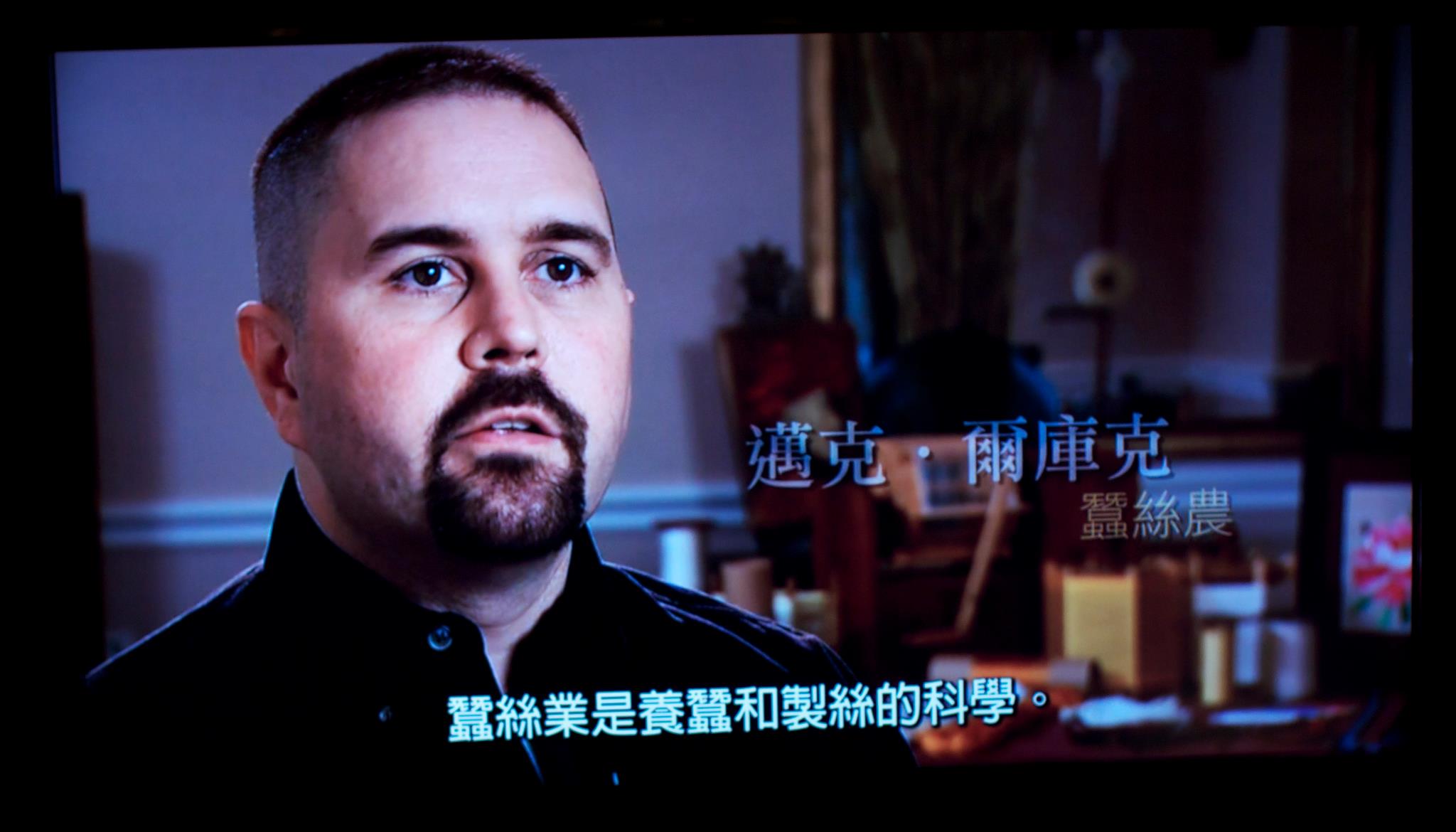 My friend Julie Hwang saw the AMNH Silk Road exhibit in Taipei, and sent me this photo of my video!  I knew that the exhibit was going to be traveling the world, but somehow I didn’t immediately process the fact that it was going to be subtitled in all these languages.  I can recognize the word “silk,” but that’s about as far as my understanding goes.