These images are from a PDF of Luther Hooper’s “Silk: Its Production and Manufacture.”

These are all out of copyright, and available for use, to the best of my knowledge. These make great spinning-dyeing-weaving clip art.

If you do use any of these, please save them to your own server. 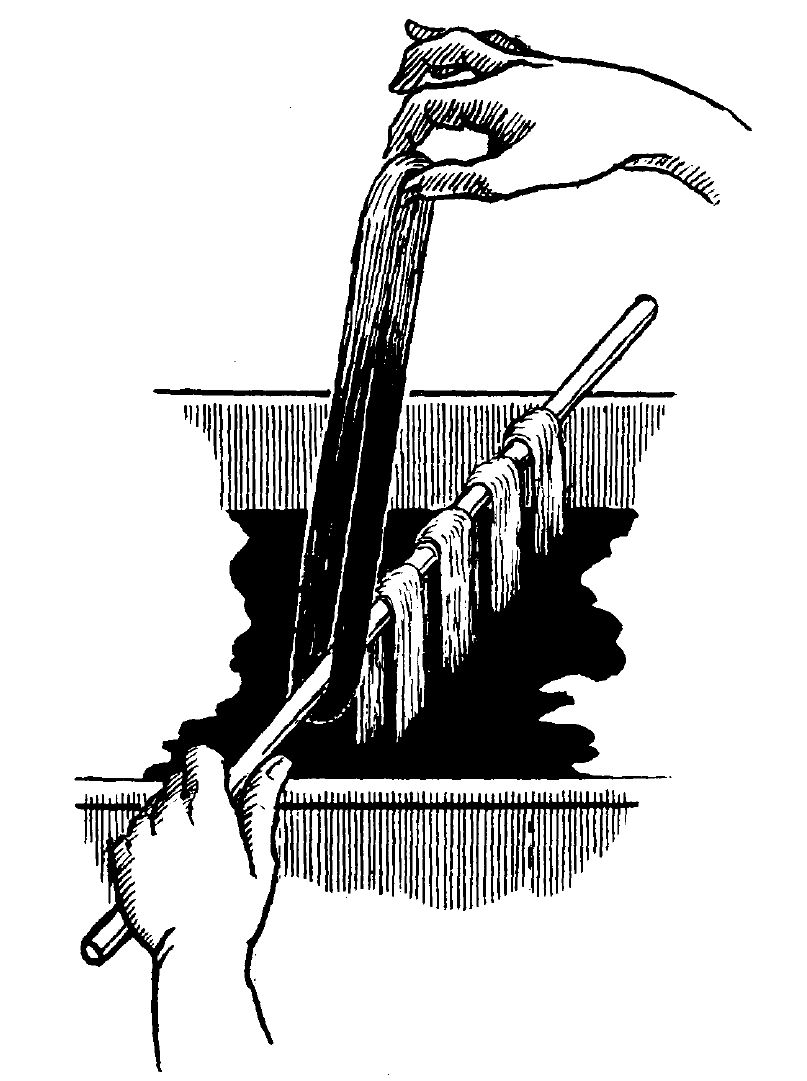 There are a lot of old silk-related books that are available as PDF’s online.  I’ve gone through and pulled out some great illustrations.  These are out-of-copyright, and free for use, to the best of my knowledge.  I didn’t get ALL the pictures – I admit I picked the ones I liked, and ones I thought I would use.

If you want to use these for your own use, please save them to your own server. 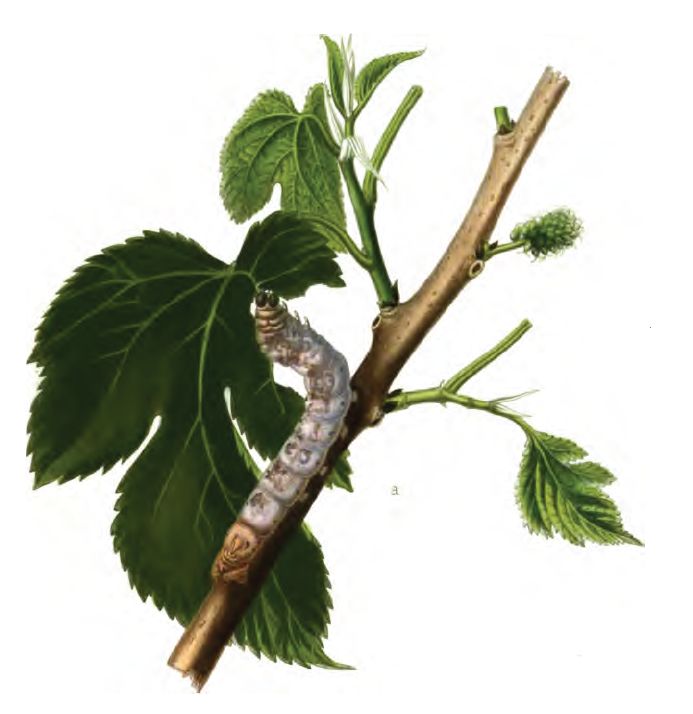 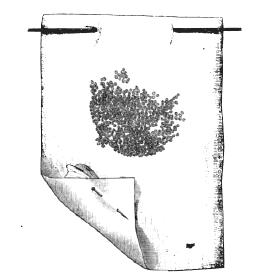 These are handouts about silk and silkworms that I use when I do educational presentations for schools, museums, and fairs.

One is aimed at younger kids, with more pictures and simpler wording: ; PDF file, 739K

The other is aimed at adults or older kids, with just a couple of pictures and a lot of dense text: PDF file, 40K

The kids handout is so much bigger because of the images.

These print out as a double-sided page, or two single pages.

The photographic images are my own photos; the line drawings are taken from out-of-copyright books I found on the Web.

The handouts may be used for educational purposes, as long as they are printed complete and without alteration. I’m working on a project that I want to enter into the Handweavers Guild Show. It’s going to be silk sewing thread (size A), 74 tablets, double-face and brocade.

END_OF_DOCUMENT_TOKEN_TO_BE_REPLACED

Remember in this entry, I was trying to figure out which of the three spool sizes to use, and I figured that it would probably depend on which ones were easiest to store?

I went to the Container Store, and craft stores, and art supplies stores – and I finally found my solution. 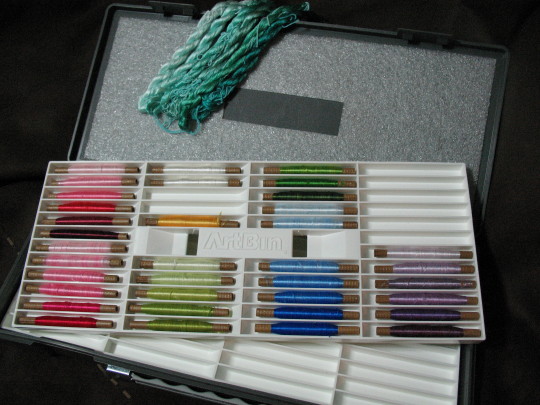 It’s a pastels box. The fact that they look like little artist’s paint sticks, makes me very happy.

END_OF_DOCUMENT_TOKEN_TO_BE_REPLACED

I’m still chugging along with the peony. I’m done with the flower, and am now working on the leaves: 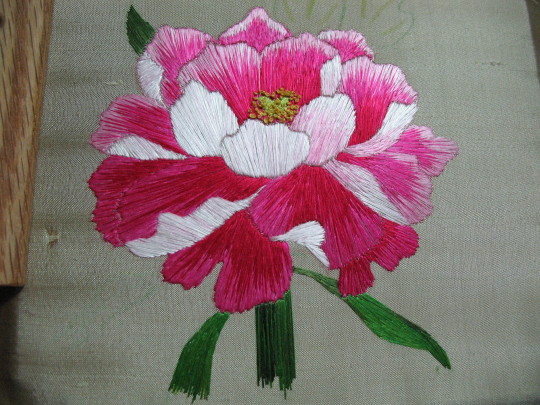 I’ve also started taking lessons. It’s a fairly informal situation, with embroideress Elizabeth LaFleur. She studied silk work at the Embroidery Institute in Souzhou, China, and knows a lot of the Chinese methods for dealing with filament silk. She’s taught me a lot already in just a couple of lessons. Some of them were things I never would have thought of; others are ways to fix difficulties that had been frustrating me but I didn’t comprehend how to overcome. 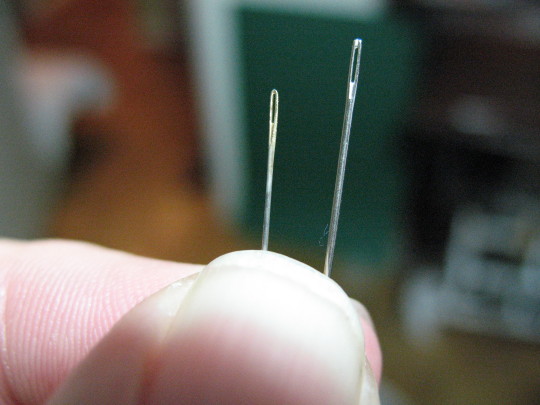 On the left, with the gold eye, is the Chinese needle – it’s amazingly fine. On the right is a #10 embroidery needle that I got from Tanja Berlin; they are not all that much different in size of eye, but the size of the needle shank itself is considerably different. The tiny fine needles make less traumatic holes in the silk ground of the embroidery, allowing me to get crisp, close stitch placement. They’re also a bugger to thread.