I got a new cell phone (an HTC Inspire 4G), and decided to take a few shots to see what kind of quality it gets in photos.  It has an 8MP camera and an LED flash, but only a tiny lens, so depth of field and focus aren’t amazing – but it’s not bad. 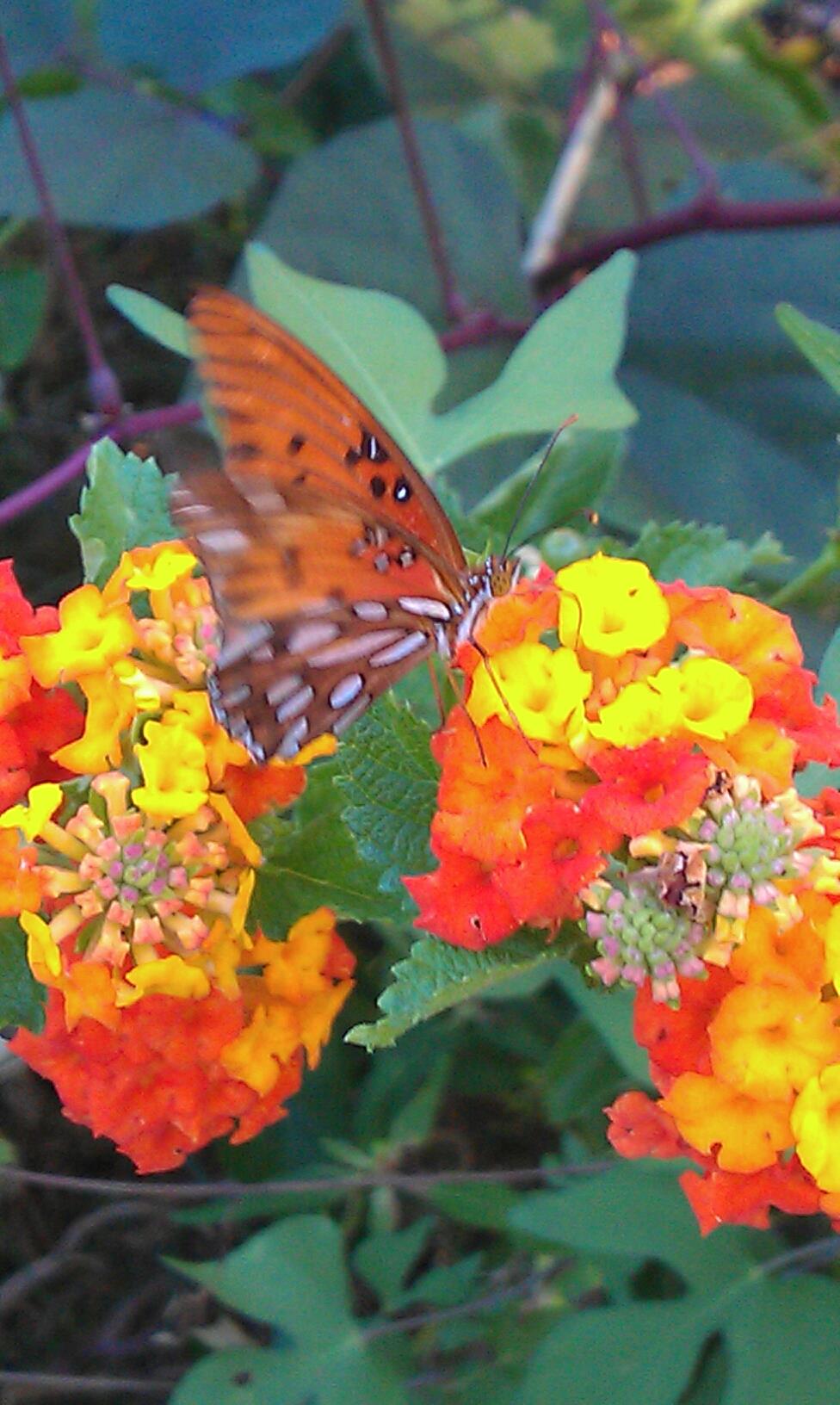 A fritillary butterfly nectaring on a lantana.  We get dozens of these every day – they not only enjoy the nectar, but they also lay eggs on the passionflower vines.  The vines don’t get stripped too badly, though – our local wasps keep them in check. 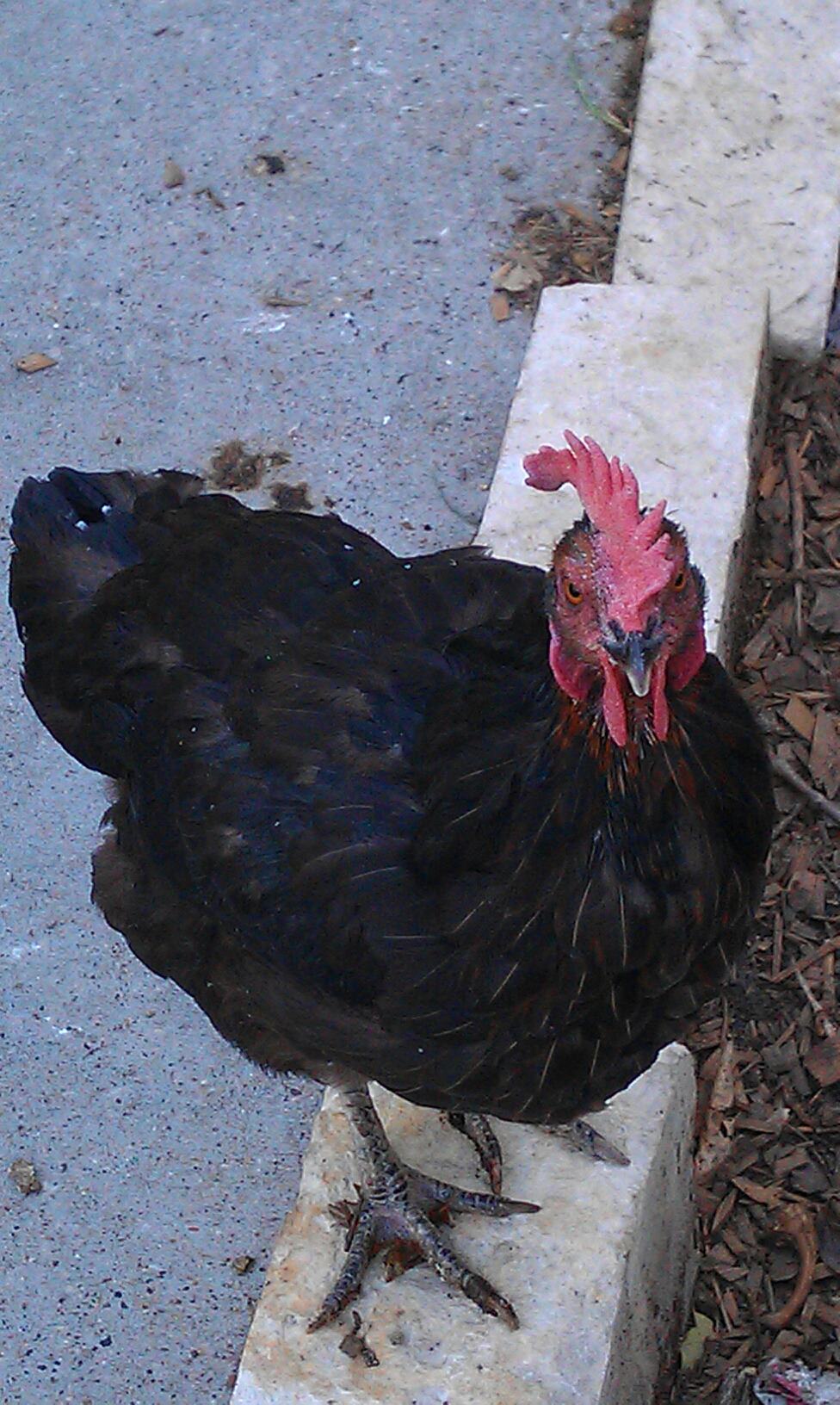 Poor Jeanette is looking really rough.  She’s in the process of molting her feathers; the new black ones are starting to come in, but she’s looking shabby while they do. In a chicken, this is referred to as “unthrifty.”

The Spice Girls (the Marans chicks that Sue hatched out just after Easter) are looking great. They still have all their wing feathers, and they can get out of the fenced side yard to wander through the garden.  I haven’t yet been able to convince them that nutgrass is delicious – but they’ve been good about eating bugs and digging in the dirt, without doing much damage to plants I love. 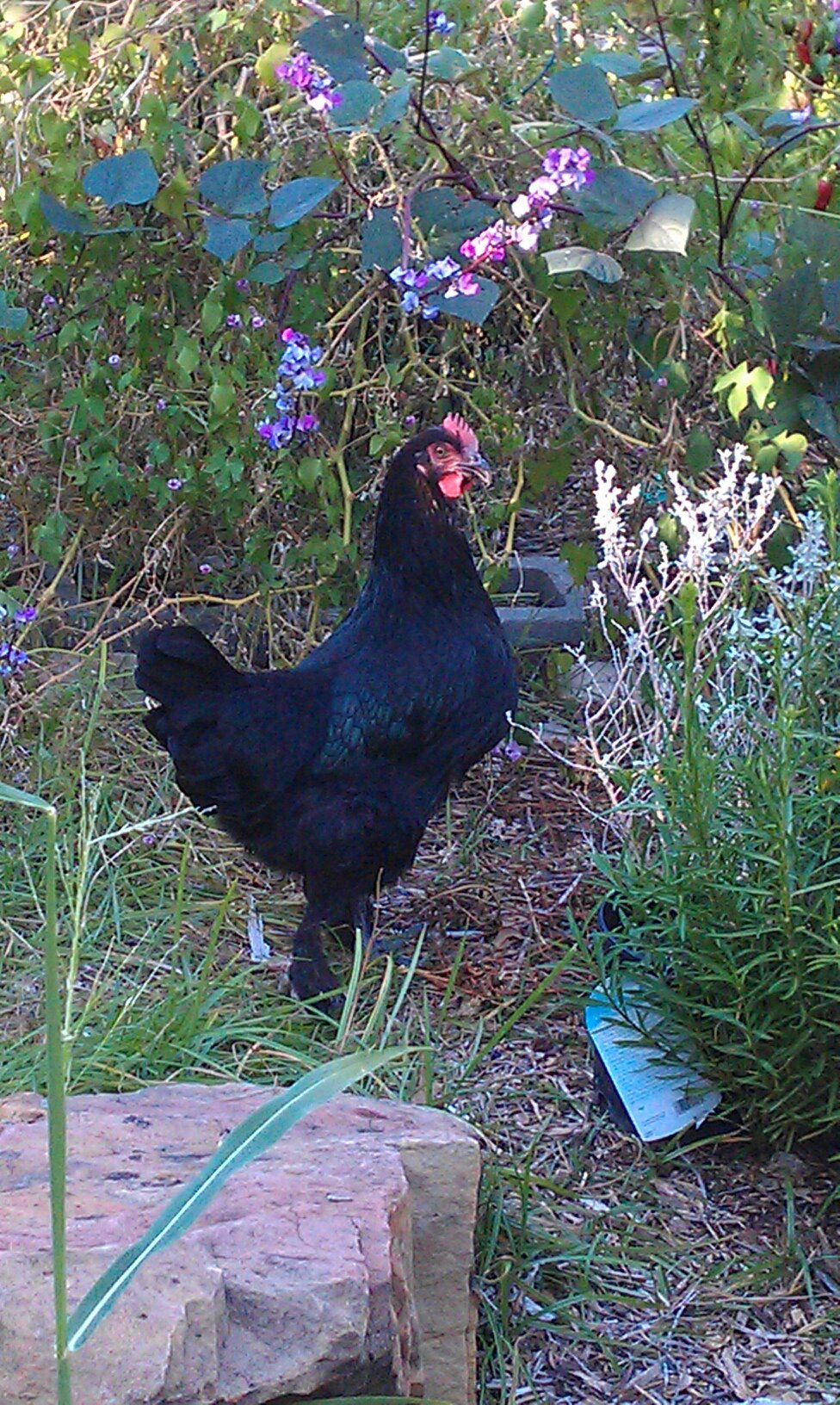 Clove is looking particularly stunning.  With the way she’s posing for this picture, she looks almost like a young rooster.  I love the iridescent sheen of green and purple on her shoulders and back.  She doesn’t have any copper at all; Cardamom has a little, and Cinnamon has the most.