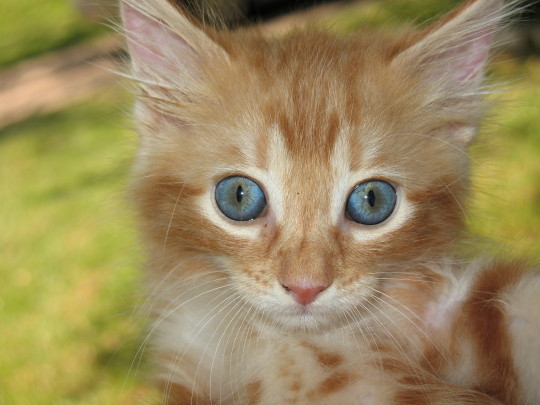 Fraidy Cat is an orange-tabby FEMALE. The vet says it’s a rare combination. She’s a beautiful cat; the parts of her that are not dark orange, are a creamy buttery orange color. She has long hair.
EDITED: Fraidy has been placed. Yaaay! 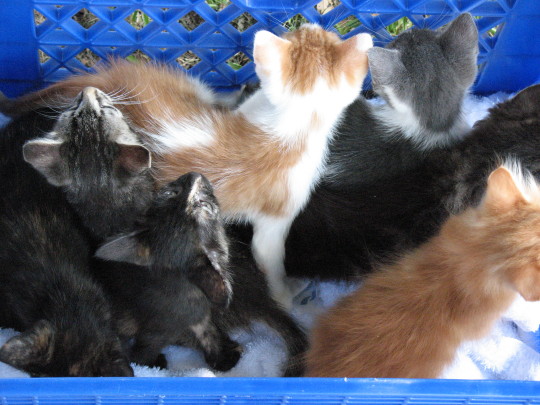 Here’s all of them together. They are between 7 and 8 weeks old. They have been treated with a broad-spectrum worming agent, and treated with Revolution for fleas (today). I’m keeping one of the brown tabbies, and we tested him for felne leukemia and FIV, both of which were negative. 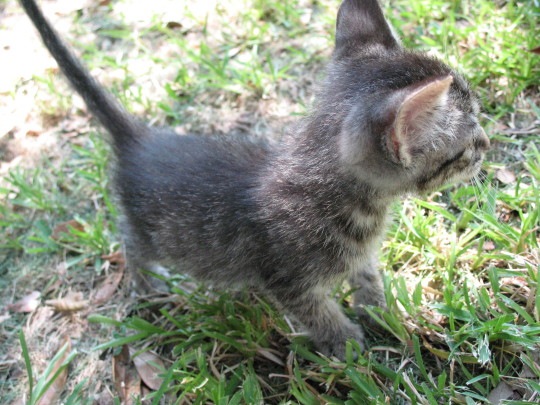 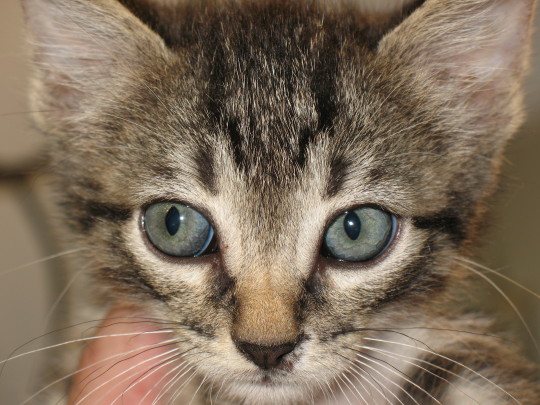 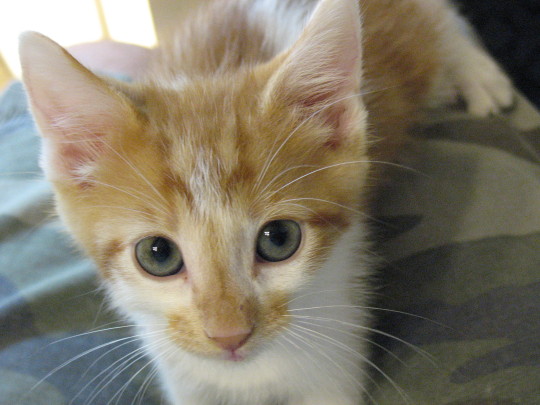 Dreamsicle is kind of a combination of orange-tabby and orange-and-white. Male. Kind of medium-hair. 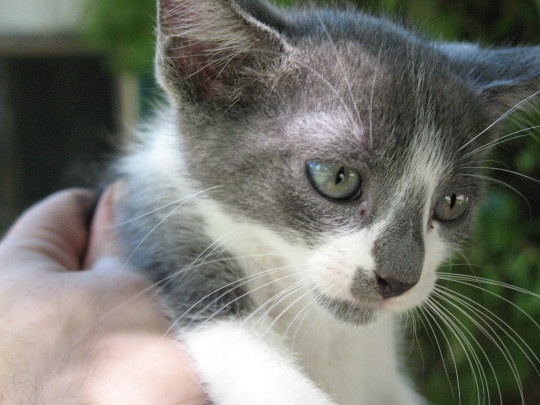 Sentinel – male, short hair. Sentinel is definitely “too cool for school” and considers posing for cute photos an offense to his dignity. 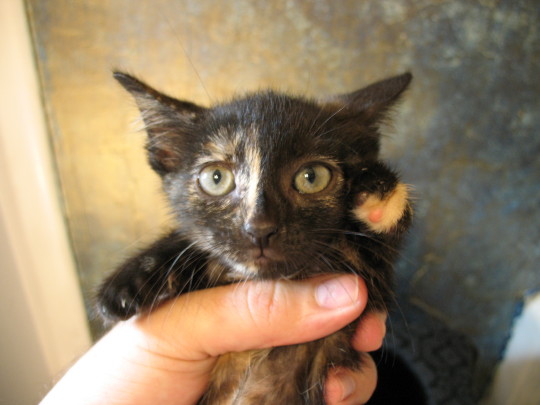 We called this one Guardian, because she was always watching out for Fraidy. Fraidy would often hide when we were in the yard, and Guardian would sit in front of Fraidy’s hiding place and hiss at us if we got too close. She’s gotten to be one of the sweetest and most interactive. She’s a tortoiseshell female, short hair. 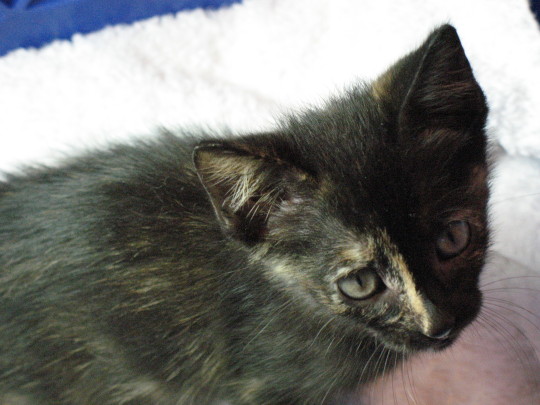 Guardian is mostly black with the tortoiseshell being very subtle, and she has this look like half her face is lit with candle or moon light. .

Patch has a patch on her face. OK, so we were running out of clever names. She’s a tortoiseshell female, short hair.

The kittens are all healthy and have all their bits, so far as the vet could tell. They have been eating solid food for nearly three weeks; we found them on August 5, and have been feeding and handling them ever since. They were separated from their momma a week ago, so that we could get their fleas under control and teach them the wonders of the litter box. They are ready to be somebody’s kitty!