In order to try and beat the heat, my Dad always starts his tomatoes really early.  Last year was the first time he started tomatoes from seed, and it inspired Chris and me to start some of our own.

Chris got a little plant-starting greenhouse with a heating mat, and a Jump Start plant light, this past winter.  He set up the peat pods and I planted the seeds this past Sunday… we had about 30% germination by Wednesday. Three days.  Half the time tomatoes are supposed to take.  We’re at about 80% germination now, on Friday.  I am now a Heat Mat Believer!

Last year we raised a mix of different types of cherry tomatoes, and we didn’t keep track of which was where.  This year, I divided into 12 plants of each of 6 types – two different sources of Grape (Botanical Interests and Johnny’s Selected Seeds), Celebrity, Arkansas Traveler, Sweet 100, and Green Zebra.  If they grow like the ones last year did, we’ll have 72 tomato plants – last time around, we brought them to work with little “free to good home” signs.

This time, we’ve got more gardening friends, and I think they’ll all find homes.  I’m hoping to take them to the Rainbow Garden Club meeting in April… I want to be That Queen with a huge flat of organically-raised tomato plants to share.  I’ve already bought the little plantable pots and cute wooden markers.

After several unsuccessful attempts, we finally managed to get our rooster Little Bit returned to the farmer and exchanged for a hen.  We picked a lovely Ameraucana, gold with brown and black markings.  One of my friends from work, Ron, asked us to name her after him.  One of Chris’s friends from work, Ellen, made the same odd request. We ended up with Rawnell. 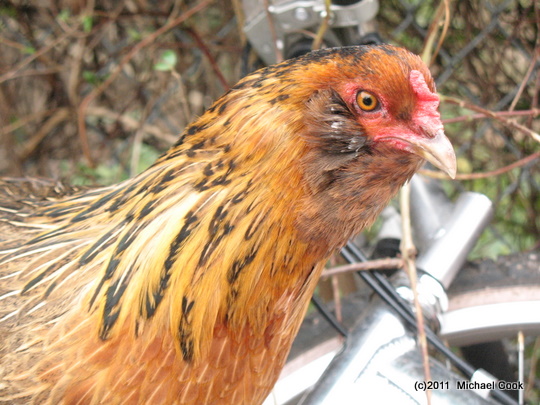 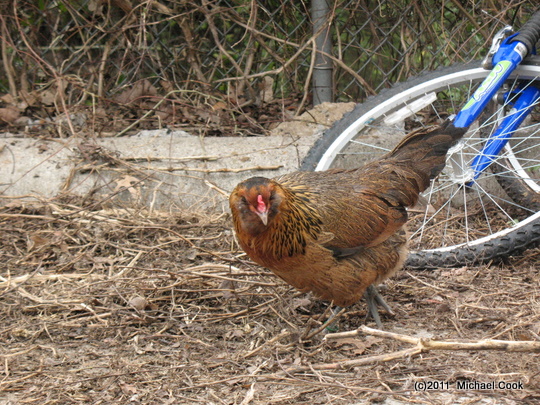 She’s still bottom of the pecking order, but she’s doing all right.  I’m pretty sure she’s given us one egg, although it’s hard to tell with having three Ameraucanas. 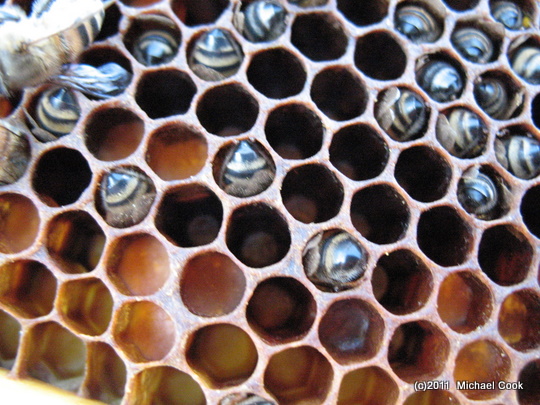 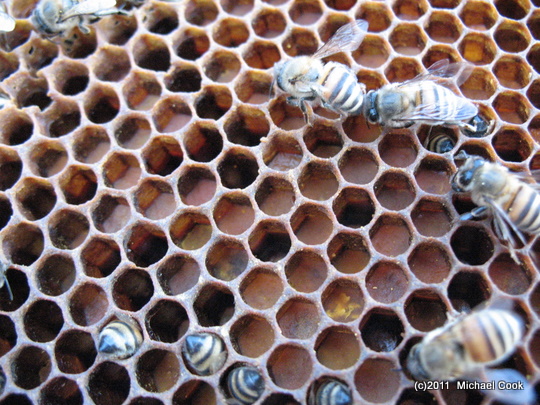 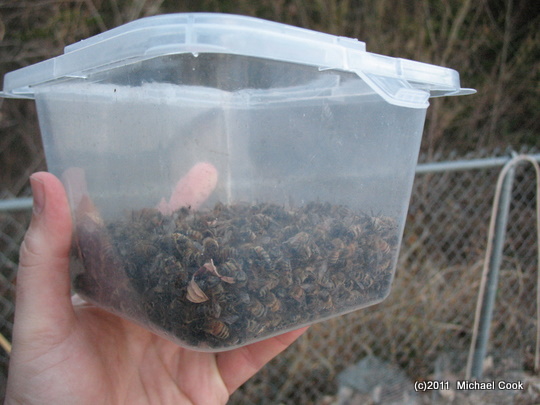 We got a little snow last night.

It snowed a couple of inches yesterday, but then melted off, and snowed again overnight.  This morning, we had just a dusting on everything, but it was all fluffy and frozen. 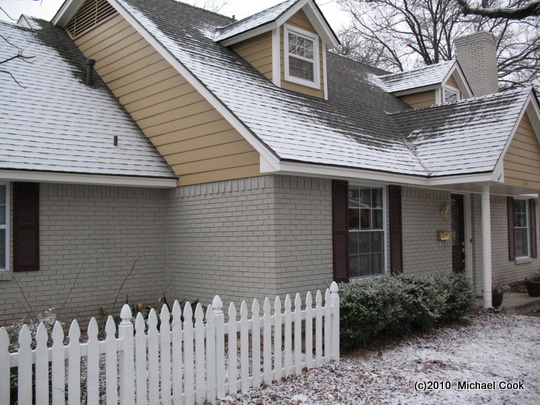 I always think our house looks best with snow on it. 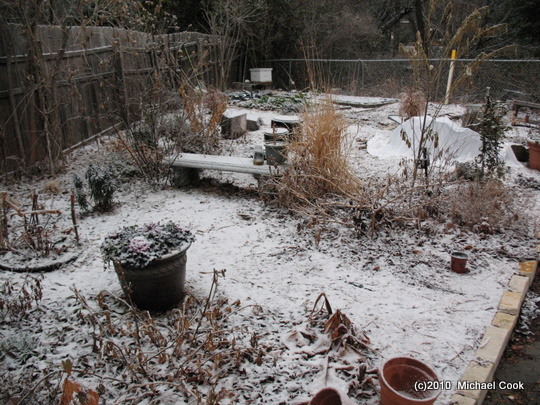 The garden got just enough snow to look forlorn, without getting enough to look Winter Wonderland.

I opened up the coop, and the chickens all huddled in the back, giving me a beady-eyed glare that clearly stated, “Screw this cold white stuff, we’re staying inside.”

A handful of hen scratch eventually lured them out… 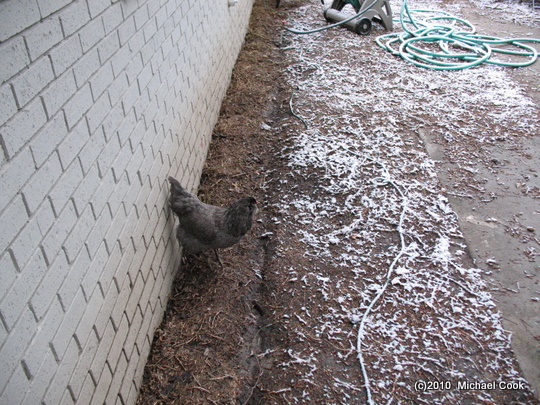 … except for Freebird, who decided that she didn’t like the snow AT ALL, and kept walking back and forth in the un-snowy space under the eaves. 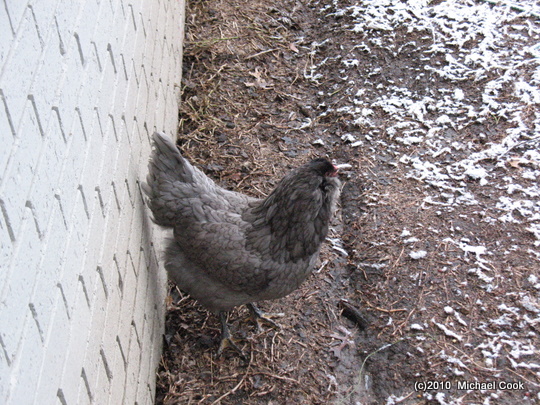 She was clearly torn – she really wanted the corn, but she was afraid of the snow.

I eventually gave her a little bit of corn under the eaves.