The tomatoes that Chris planted in the little peat starters are looking great!

Their first true leaves are starting to appear – and they’re getting a little crowded.  Soon, they would be to the point where they would compete for light and root space, and they would end up leggy and weak. 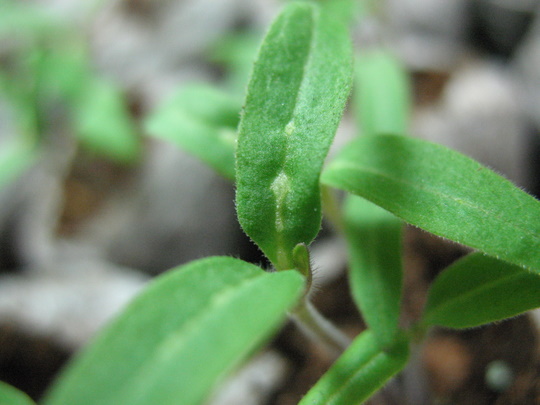 So, sad though it is, it’s time to thin the seedlings.   I didn’t actually use a tiny scythe – I used tweezers. 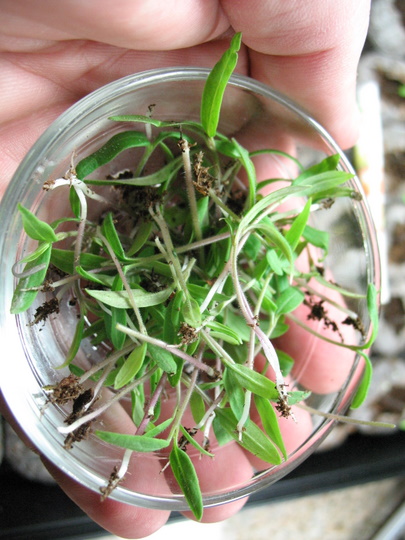 So many tiny lives, wasted…. but, that’s the way it’s  done.  Strongest, healthiest seedling lives, extras have to be culled.  Unfortunately, tomato leaves aren’t edible, or we’d have the world’s cutest little salad. 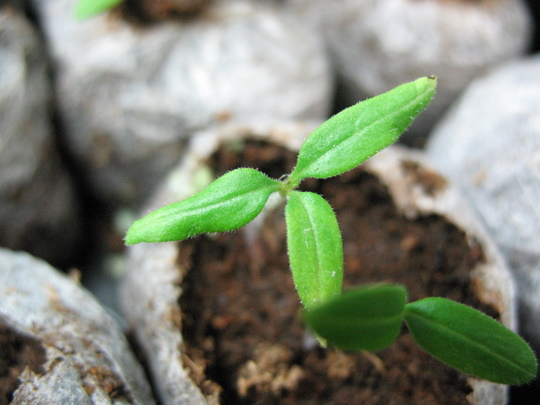 This one looks odd; is it two plants in there, or three? 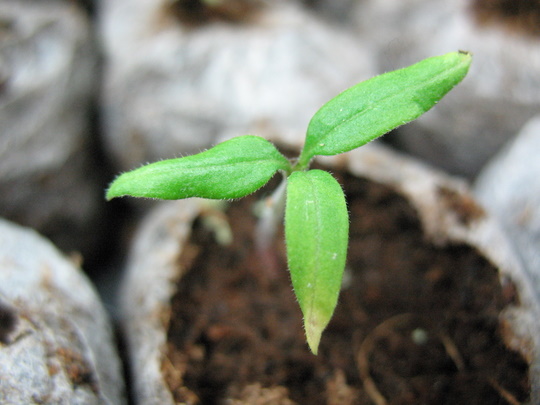 No, that one plant really does have THREE cotyledons.  There are two kinds of vascular plants that I know of… monocotyledons have one, dicotyledons have two.  This one has three.  I made sure that it survived, to see what happens with the rest of its development.  I’m assuming that it’s the same kind of divisional error that yields four-leafed clovers (and I’ve found clover leaves with up to seven…) – but I’ve never seen what happens if it begins this early in the plant’s development.  I’m wondering if the true leaves will come in sets of three?

So now we have thirty-six little tomato plants.  Probably still a lot more than we’ll be able to find garden soil for…. but I’m the kind of freak who thinks that home-grown tomato seedlings would make nice gifts. 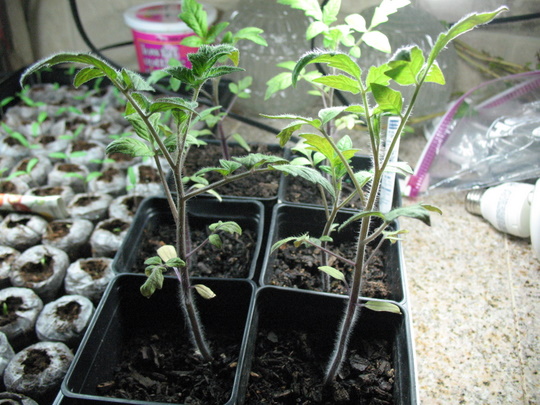 The Better Boy plants that my Dad started around the first of December, and which we’ve been babying since New Year’s, are doing well.  A little leggy, perhaps, but we’ll just plant them deep and they’ll get extra root growth that way. 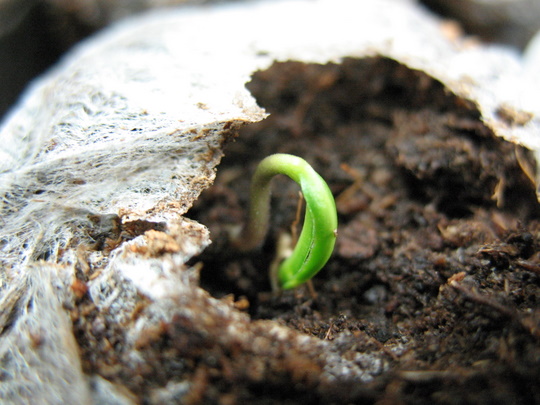 These are the peppers – we actually saved seed from a Holland Bell pepper that we enjoyed from the Asian grocery.  If the plants take after their parent, they’ll be huge, sweet, and orange.