I’m giving the chickens short, very supervised visits to the side yard – working to get them used to the idea of going back into the house, and also making sure that the dogs become acquainted with them as members of the family, rather than crunchy squeaky toys. 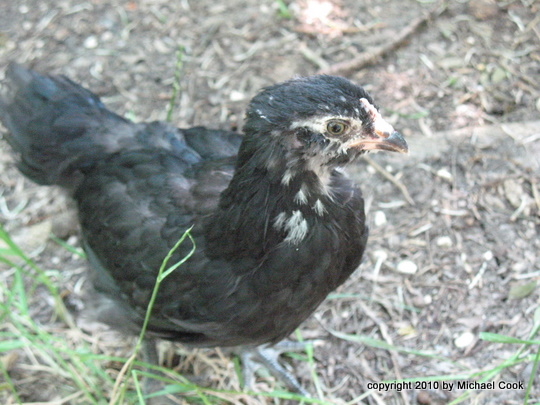 This is Thing One.  I keep getting the most photos of her, because she’s the chicken that will reliably come when I call.  She’s a lot less pettable than before they went outside – I’m glad to have them out of the upstairs bathroom, but I kind of miss cuddling their sweet feathery bodies in  the crook of my arm.

The chickens are definitely making more of a cluck than a peep these days – except Freebird, who still peeps and runs around like the sky is falling.  If she weren’t Freebird, she’d be Chicken Little.  But, this bird you cannot change. I think she’s a few days younger than the rest. They eat grass like a kid eats spaghetti noodles – they break it off about halfway down the stalk, and work it in long-ways. I tried to get a picture, but they’re so fast it’s hard to catch it happening. 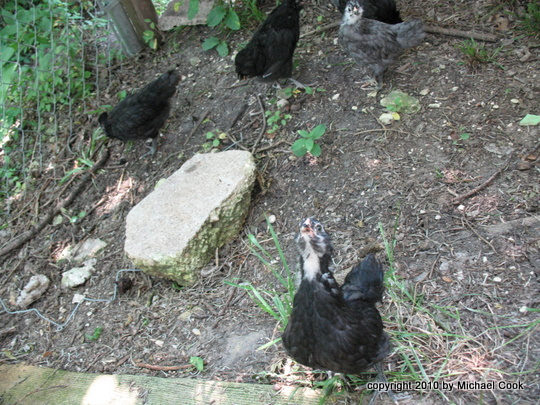 As always, the thing that works best for getting a good shot is shameless bribery.  I’ve got a cabbage looper moth in my hand. 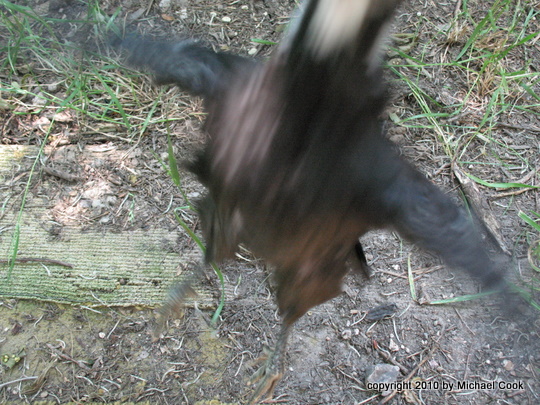 She goes for it.  They’re becoming a little heavier-bodied, and not quite as keen to fly distances, but they can still catch some air. 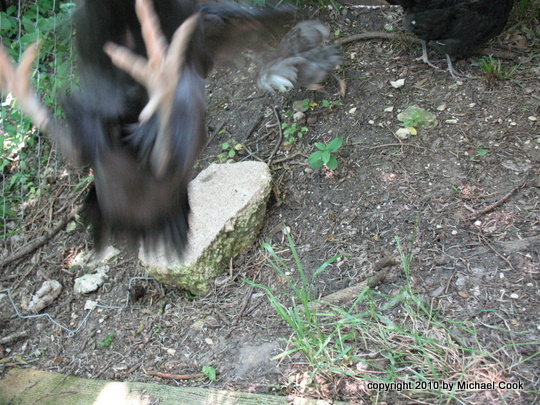 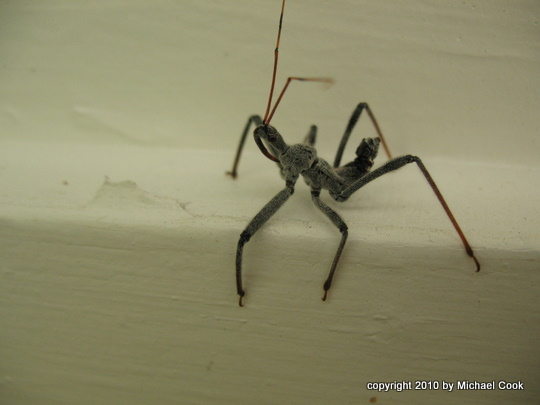 One insect that the chickens are NOT going to be fed, is assassin bugs.  These voracious killers wipe out a lot of bad bugs; the beaky thing tucked under its chin whips out and impales the unwary victim, and the assassin bug uses it like a soda straw to suck out the insides of its prey.  The way they pose kind of reminds me of America’s Next Top Model… work those long legs, baby.

Chickenbee Update The Things My Cats Drag In
Scroll to top