I’m going to be getting a couple thousand bees in two weeks.  Until today, I’ve never actually opened a hive; I wanted some first-hand experience. My husband Chris was kind and brave enough to take pictures. 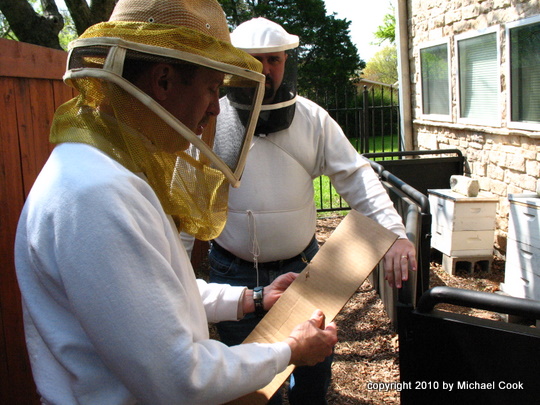 Alan from the Trinity Valley Beekeeper’s Association was kind enough to let me come over and “help” (i.e., get in the way) with his bees, and learn how to handle the hive, how to light the smoker, where the veil ties, all that good stuff.  He told me it’s called a smoke test.  I had read, and watched videos, and seen pictures – but like with so many things, bees you just have to be there. 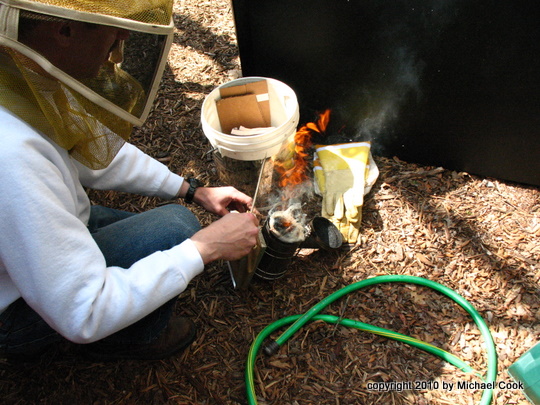 With a few deft movements, Alan got the smoker lit and the cardboard burning merrily. 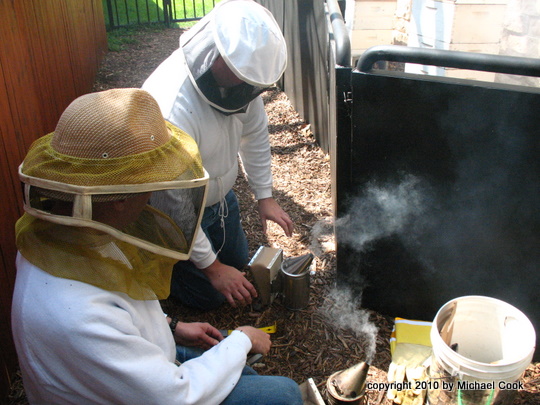 I got mine lit, with considerably more mess and less efficiency… but lit, nonetheless. 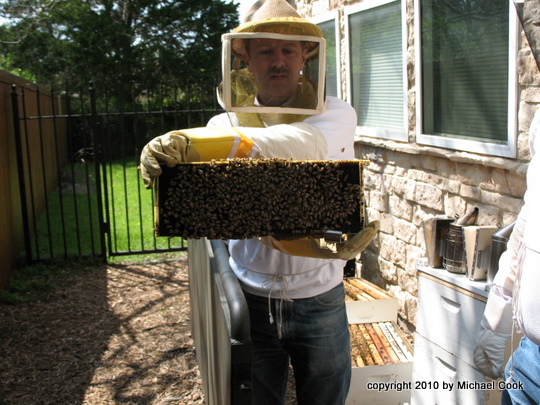 Alan with a frame of bees. 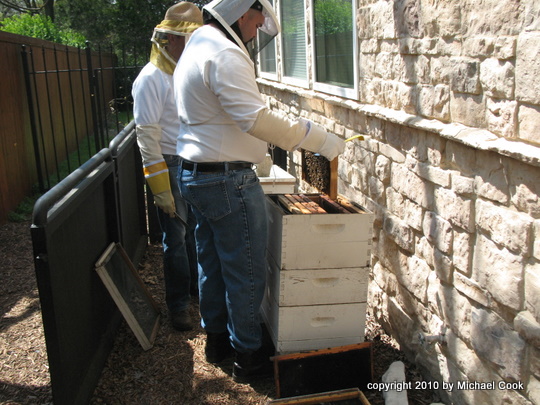 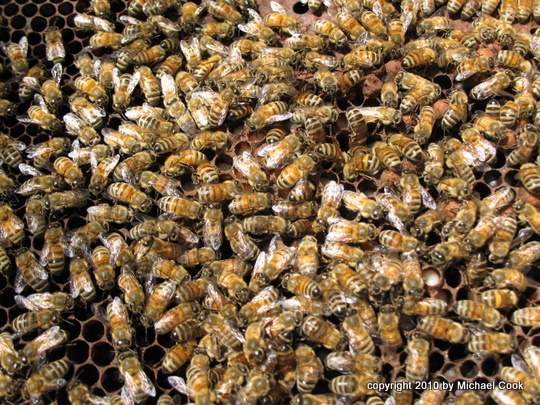 So many bees!  There are cells of pollen here, and cells of open and capped brood.  The little white thing about an inch up from the right corner and half an inch in, is a larva – they look like grubs. 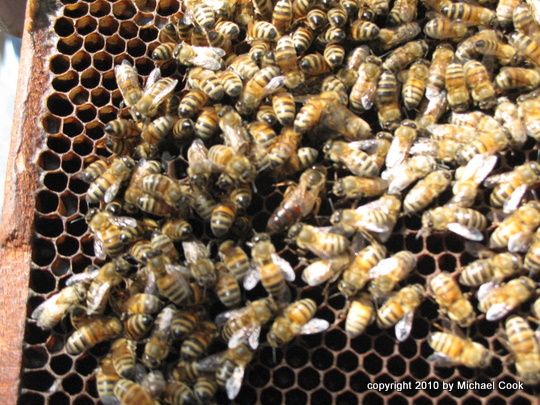 We found the queen in the second hive; she’s the extra-long bee close to the center of the shot.

After the smoke test, I felt SO much more comfortable with the whole process.  Now, if I can just get past the part where I take a box full of bees and SHAKE THEM INTO THE HIVE, I’ll be fine!  Thanks again to Alan; this was exactly what I needed.