After we got done visiting Alan’s bees, Chris and I went to the Dallas Arboretum.  It’s been years since I’d been there, and Chris had only been in one corner for a race that he runs which starts there.  We walked all over the grounds, and saw and sniffed all kinds of spring flowers. 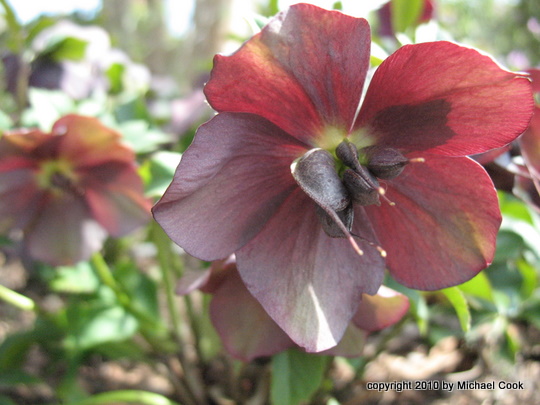 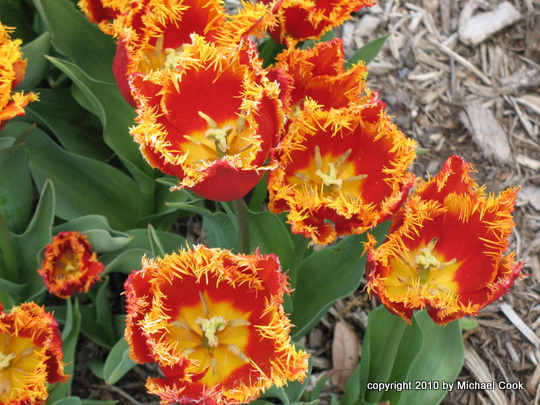 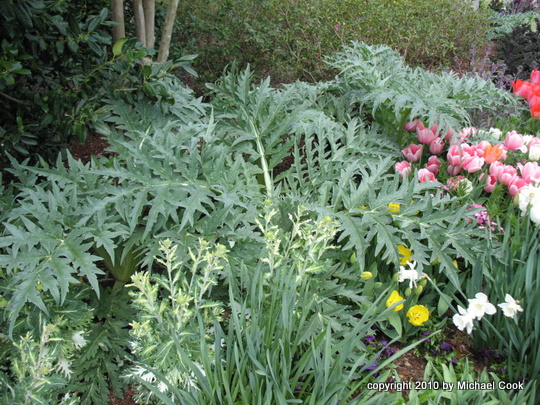 Cardoons, which I think may have to join the to-get-for-the-garden list. You can’t really tell scale from this photo, but they’re about knee-high.

At the homestead area, they had a bunch of mulberry trees; all the females were flowering,

and the bois d’arc trees are leafing out, which is the typical sure sign that spring is really here to stay. 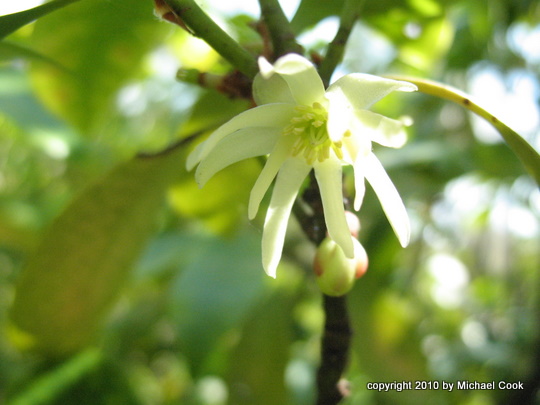 This is the flower that precedes Star Anise. It smells delicately spicy. 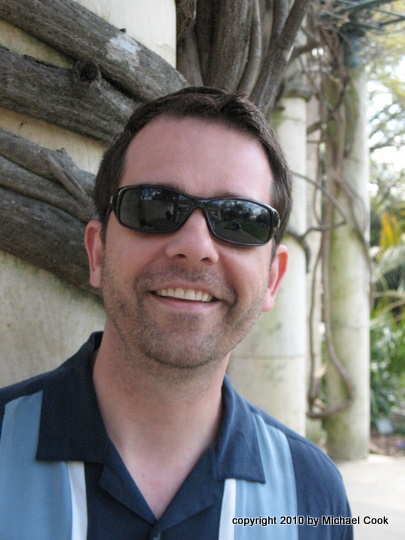 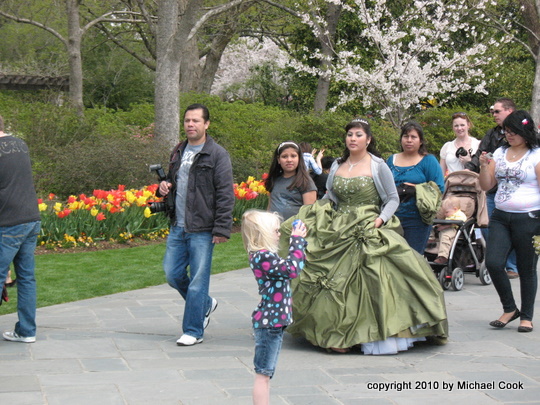 There were several brides, traipsing around the grounds with retinues of photographers and hair stylists.  There were even more Quinceañeras.  For those of you who live in parts of the country that don’t have this delightful tradition – it’s like the Old Southern debutante party.  A young lady of Hispanic descent turns fifteen, and her parents dress her up like a princess and throw a huge expensive party. 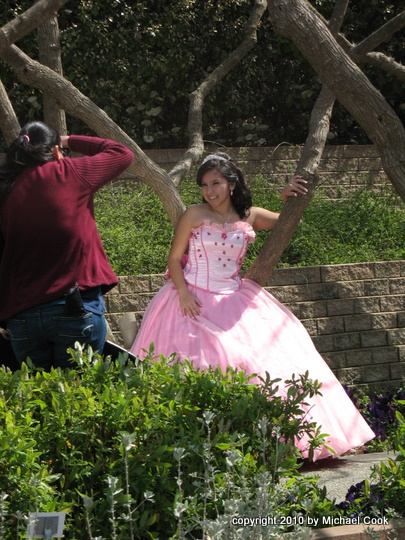 I think this girl was aiming for “Disney Princess.” 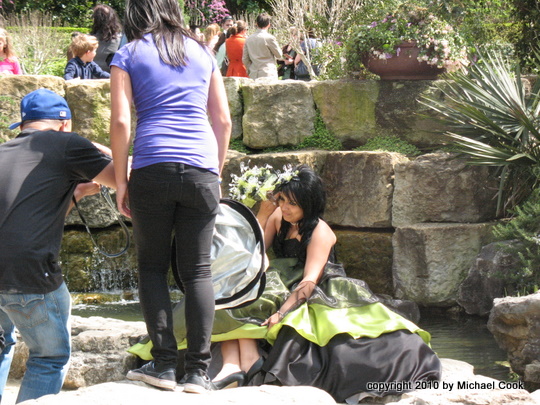 I think this green-and-black color scheme is a little closer to “Evil Disney Queen.”  She had a train, and this poor young man (boyfriend?  brother?) had to carry it for her as she walked.  You can’t really see in this photo, but her bouquet was covered in spiky clear and green crystal type things.  It looked like if a bride tossed it into a crowd, it would kill at least one bridesmaid and lacerate six guests.

The rest of the photos are here, if you want to see.

Chris and I both enjoyed watching this grackle taking a bath. They’re horrible, trashy birds, but they have their pretty moments.