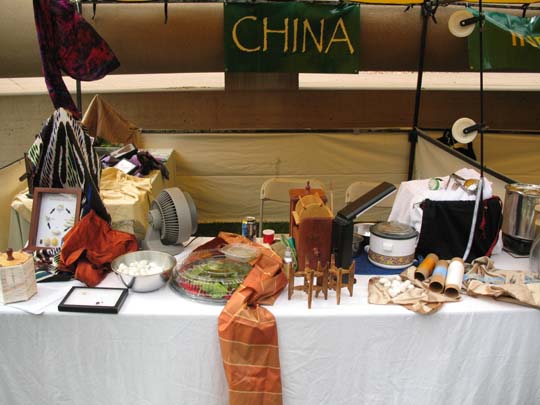 This was my booth, before the crowds came. I was in the kids area, representing China. 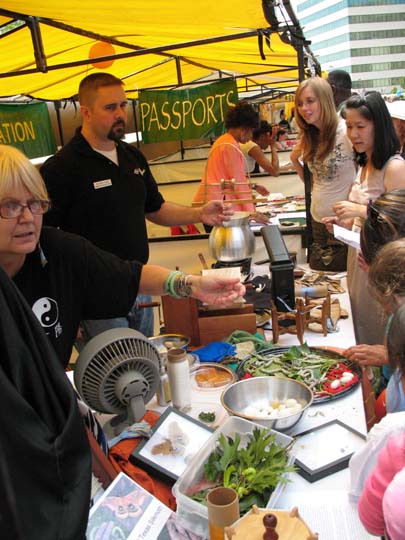 My friend Evelyn came by to help out – she was there for almost the whole day, talking to people and reeling silk.
One of the visitors here wants to learn to reel silk herself – I’m always excited when somebody gets involved! 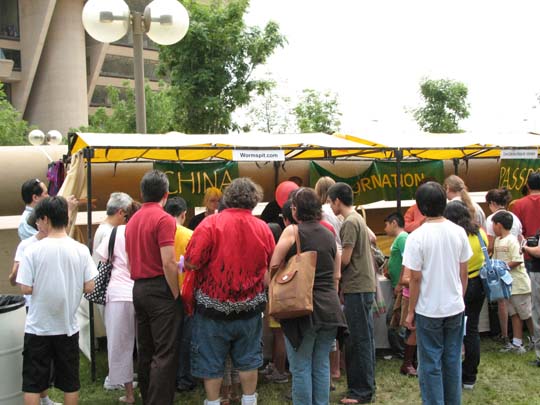 It was like THIS most of the day. Pretty much non-stop. I managed to get away once to grab a bite to eat, thanks to Evelyn and Chris. I managed to go pee twice. It was a busy day.

There was a “passport” that the kids had to get stamped at each of six activities, and then they got a prize when it was full. The passports really needed their own person (i.e. a dedicated person just for stamping). You can see one being held up in the center bottom of the frame. Some times, there were six or seven people holding them out at once, and it was confusing to get them stamped and back to the right hand. Several adults decided they qualified for the kids programs too.

I had thought it was going to be on the concrete part of the plaza, and I was kind of concerned about that – it turned out that they used the lower part, and it was beautiful and covered with shade and grass. 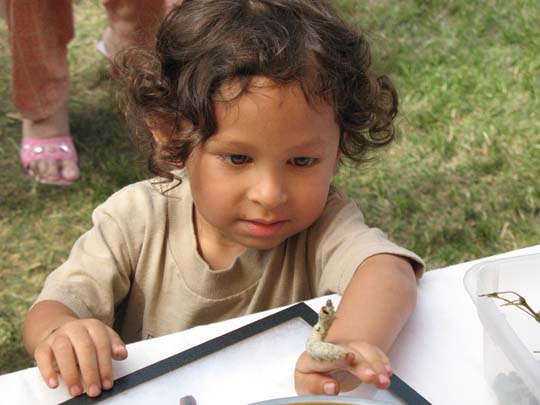 I thought this kid was particularly cute with the silkworm on his arm. Many of the kids were just fascinated with the caterpillars. 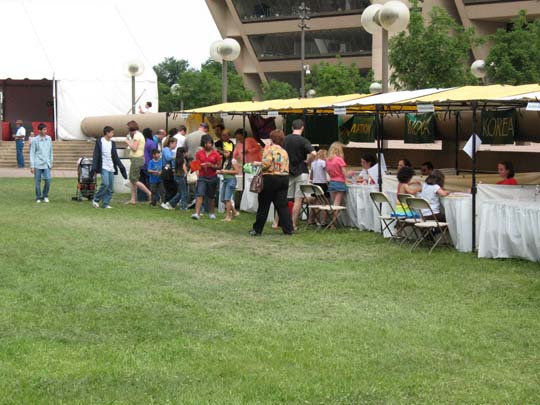 I love the fact that my booth was about twice as busy as anything else there. You can see the row of a few people at each booth… and the pileup around mine! It’s cool to be popular! 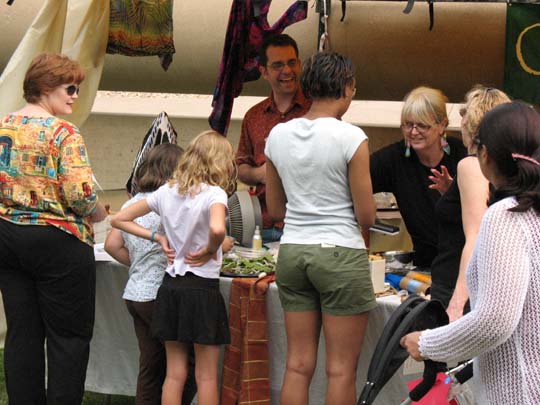 Chris and Evelyn held down the booth for me while I walked down to the porta-potties and got some bottled water. Bless them. 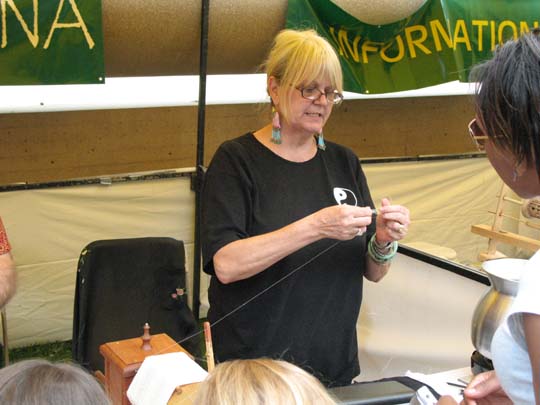 Evelyn liked doing the Lao-stye reel, with its village flair. Here, she’s tying the filament to the reel to wind it back up after she’s piled it on the towel.

The cool highlight of my day, was getting to visit with a professor from the Nanotechnology Institute at UTD – I’m supposed to go visit them soon and teach them about silk, and see what I can do with CARBON NANOTUBES! I want to spin nanotubes and weave them into ribbons.