Blog - Latest News
You are here: Home / BLOG / Uncategorized / For I will consider my moth Jeoffry. 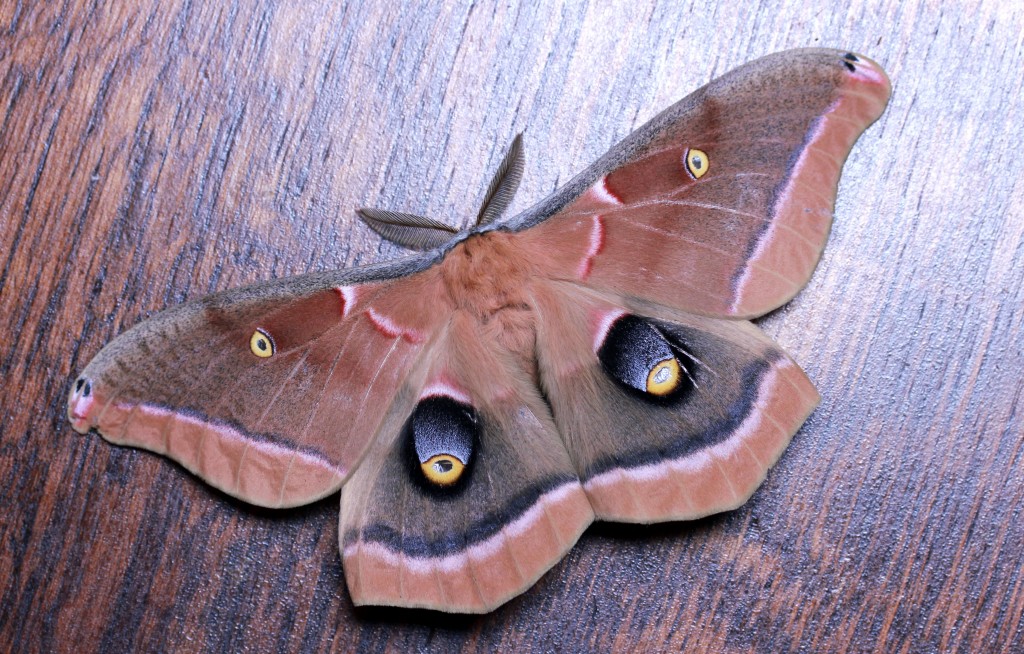 This is a male Polyphemus moth. I’m always fascinated by the variety of scales and textures on their wings, and I got some close-up photos so you can really see why butterflies and moths are called “Lepidoptera” meaning “Scaled wings” 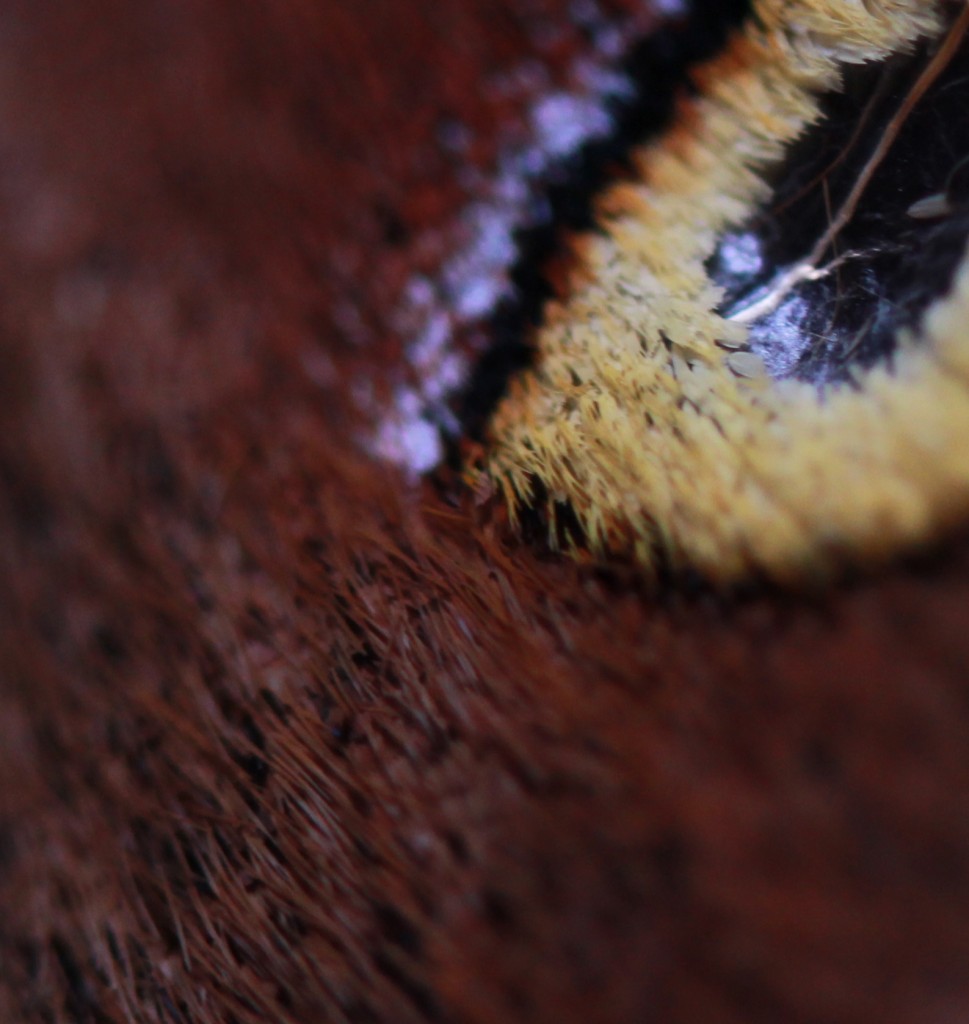 The scales are formed of chitin, like the exoskeleton and the substrate of the wing, and they provide insulation, aerodynamic effect, and coloration. The colors can help a moth hide, or help it protect itself. 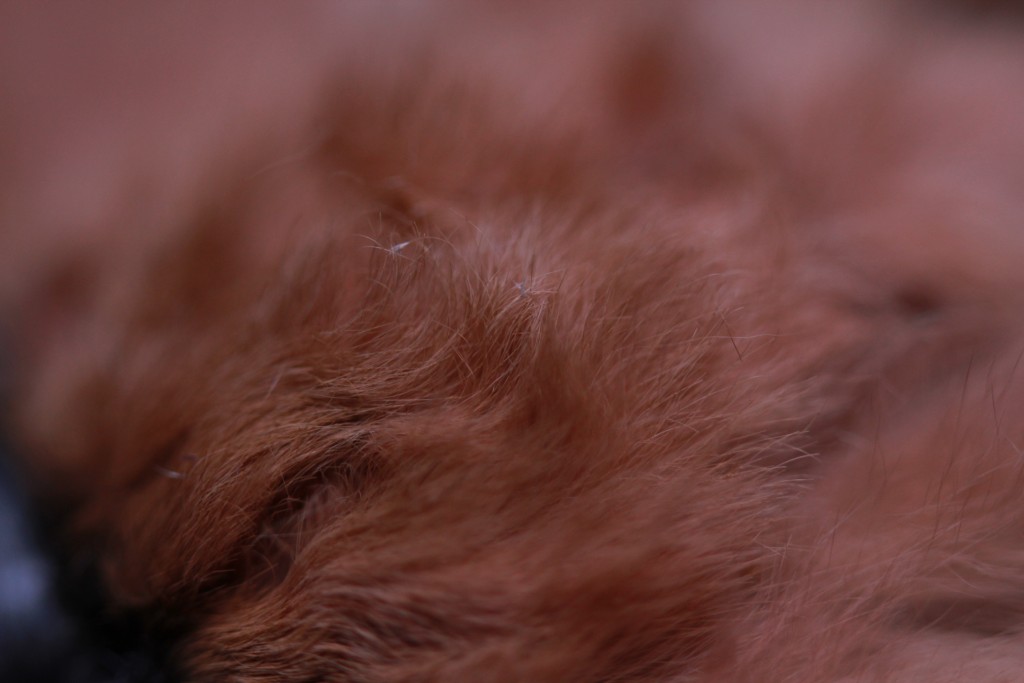 The thick, furry scales on the moth’s body not only help it retain heat (produced by the muscles – they can actually fly at quite low temperatures, and the body is hot to the touch after flight) but they also help make the moth harder to bite – the scales come off, and you might just get a mouth full of fuzz. 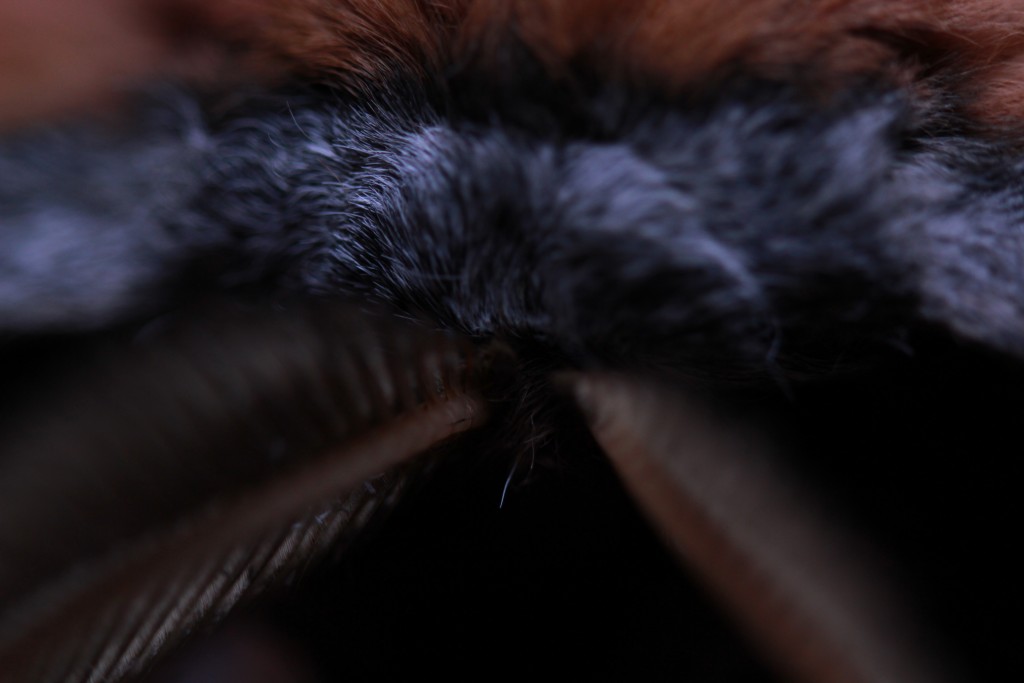 The gray fur on the head reminds me of salt and pepper hair. 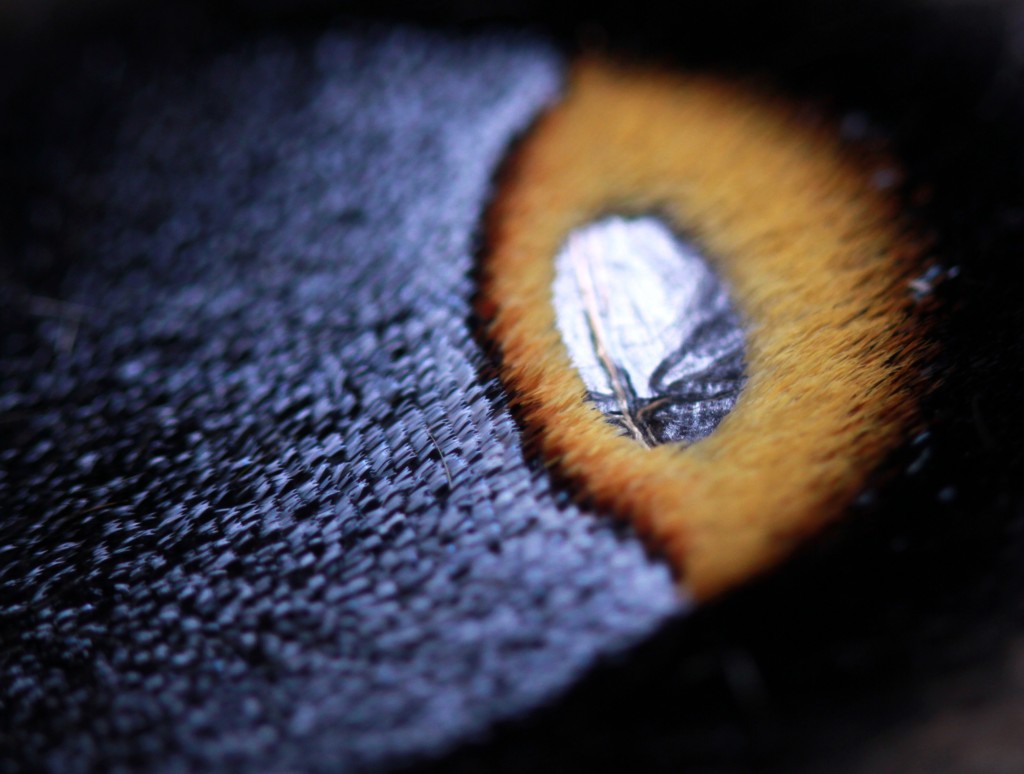 These eyespots mimic the eyes of a predator. The moth will often rest with its wings folded, so that the spots are concealed – and then pop them out if threatened. This mimicing of a predator (particularly a predator common to the prey species and its predator species) is common in the animal world, and is called Batesian mimicry. I’ve gotten to observe it in Polyphemus moths first hand. After they are done breeding, I often feed spent moths to our backyard chickens. One female proved that she wasn’t quite done for, when the chickens ran up to claim their tasty snack – she popped out those big black eyes, and the chickens literally backed… away… slowly. It was cool, and kind of creepy. 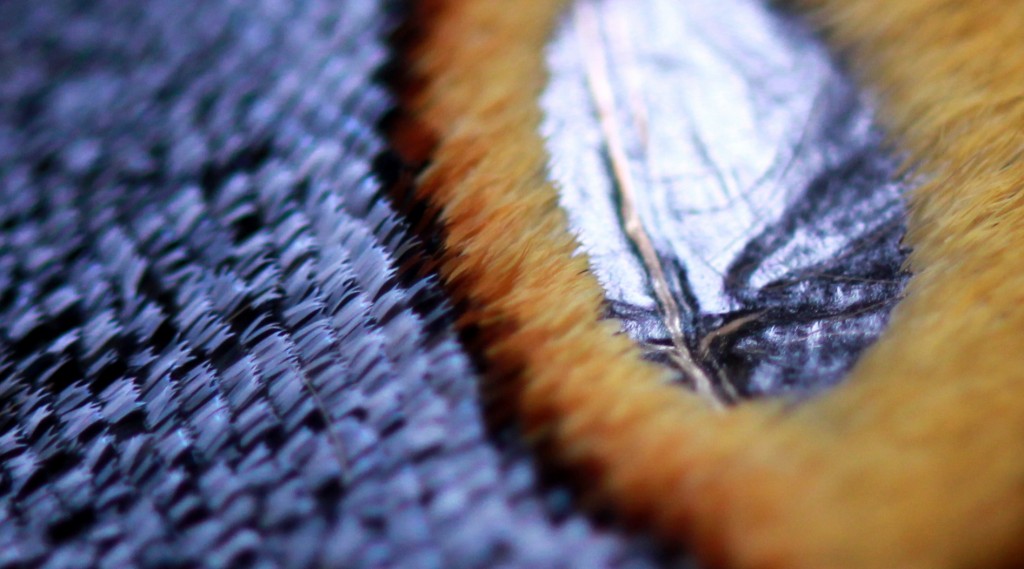 Here you can see the texture of the individual scales. If you click on the picture, it takes you to the full-size image, where you can see it REALLY close up. The shiny spot is wing with no scales at all – it reflects light, and light passes through it, like glass. 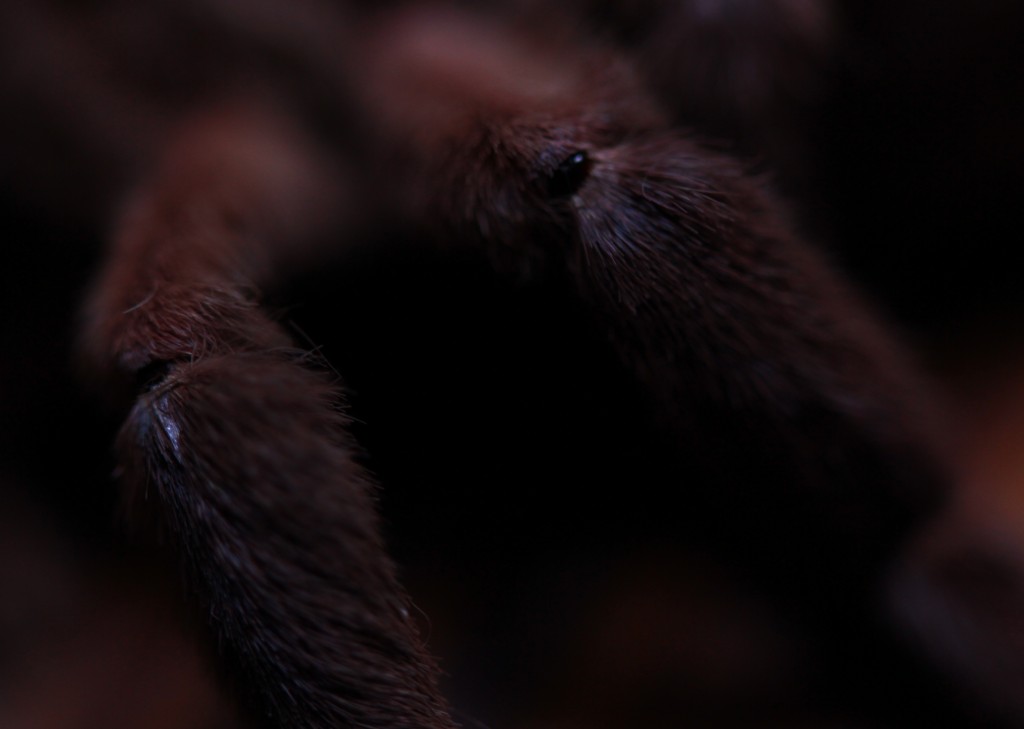 The legs have another kind of hair-like scale. The big, muscular thighs and knees remind me of tarantula legs. 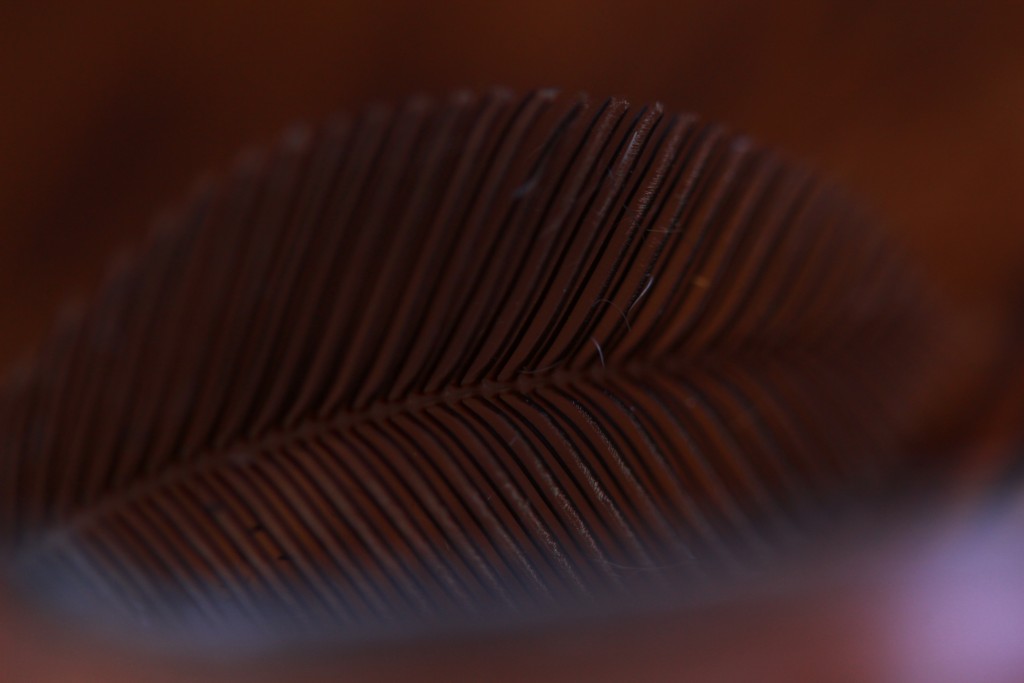 Because Jeoffry is a male moth, he has huge, plumose (feathery) antennae. The males use these to detect pheromones, or sex hormones, released into the air by the female. They can fly miles to find a female, tacking into the breeze to follow the trace of scent. 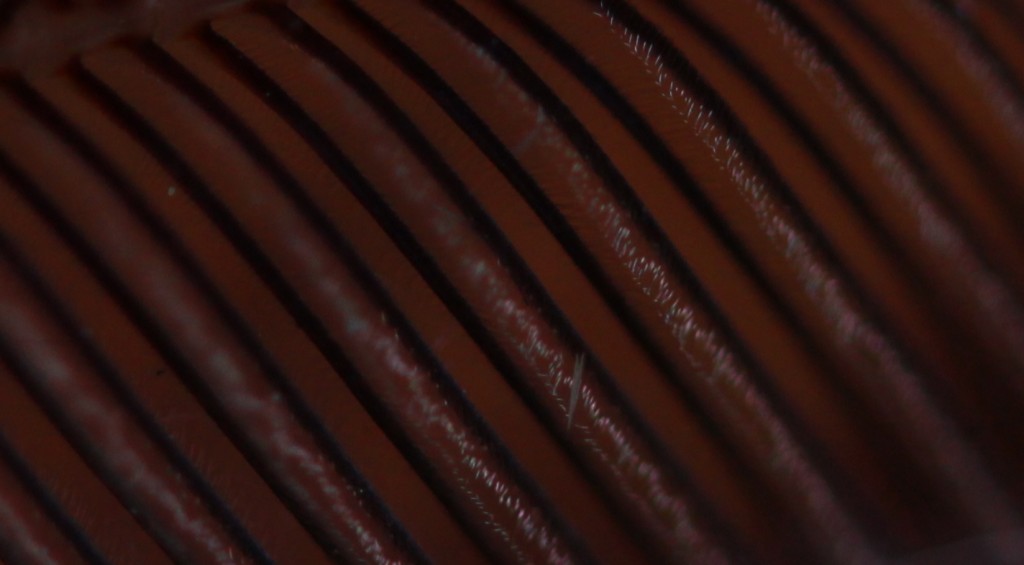 Here, in really-really-close zoom, you can see the individual little hair-like scales on the antennae; these have scent receptors which will comb through the night air and allow Jeoffry to smell his potential mate.

So many hairy babies…. Too much sausage, not enough casing.
Scroll to top