Well, with all the snow this past weekend, I was expecting at least a LITTLE garden damage… I had been holding off on planting the tender plants, but the baby spinach, the tiny little beet seedlings – it just didn’t seem like they would make it through unscathed under an inch-thick blanket of the white stuff. 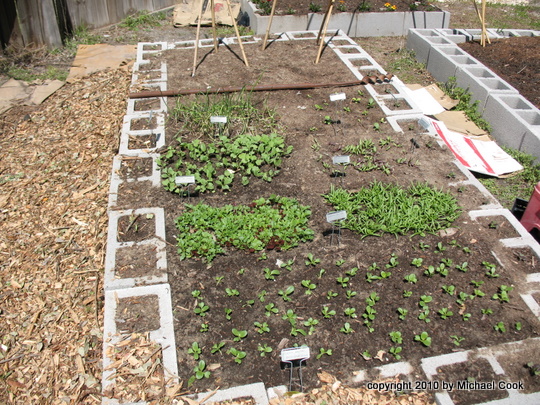 Much to my delight, they’re all doing FINE. I managed to get out in the garden on Monday and do some thinning, so now it is beginning to look like a proper garden patch instead of a random wad of greenery.  You can also see some cardboard next to the bed on the right side, and mulch on the left side; we’re doing a “sheet mulch” or “kill mulch” technique to get rid of weeds in the garden area and prepare it for planting.  We’re doing it right (at least, to my mind) – directly reusing broken-down cardboard boxes for the base layer and free brush mulch from a local tree company.  The stuff the City grinds up is a lot rougher, and smells a little like City Dump; the stuff from Preservation Tree Service is lovely and smells like clean wood.

These Giant Red Mustard plants are one-per-hole all along one side of the cinder block border of the bed.  I’m just hoping they get a chance to grow big enough to use, before things get too hot!  You will notice this purple/red foliage coming up a lot in the garden; we’re doing one whole garden area in “dark” plants.  Just be careful what you eat – I know what’s tasty and what’s toxic. 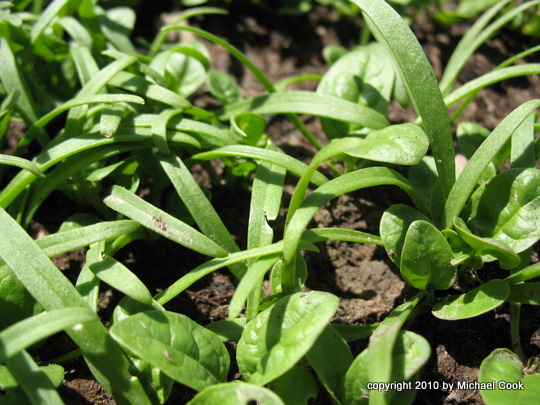 The spinach is getting its true leaves, and looking more like a bed of spinach and less like tall grass. 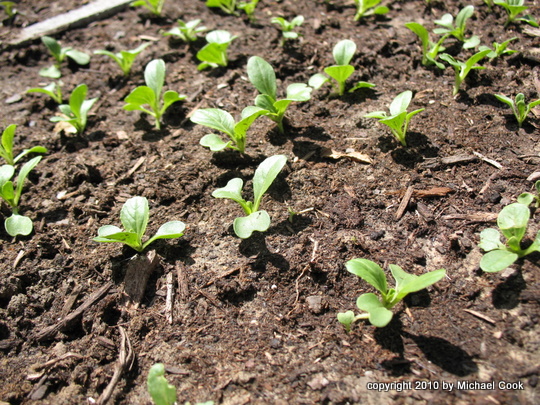 I thinned the Shanghai Bok Choi (Pai-Tsai) pretty hard, because they’ll be big-ish plants – these have become one of our most favorite greens.  They’ve got a milder flavor than any other bok choi I’ve found. 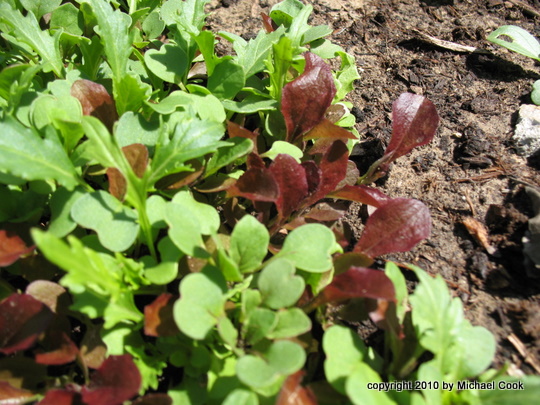 The lettuces are starting to get their real leaves, showing their charming shapes!  I love the little Oak Leaf.

More of the March snow Local color
Scroll to top