I went and picked up more spools for the embroidery thread – and learned that they come in SIZES. These are shuttle quills, made by Louet, I believe. Before, I had only had the six-inchers. Now, I’ve got one that’s 3.5 inches, several that are 4.5 inches, and a bunch that are six inches.

I want to figure out which one I like the best, and get a bunch more to match. I’ll probably need 150 or more once it’s all said and done – I’m getting at least four distinct tones per color, although I’m aiming for five. Some of the dyes don’t seem to yield a wide dynamic range easily, but that may also just be my inexperience. 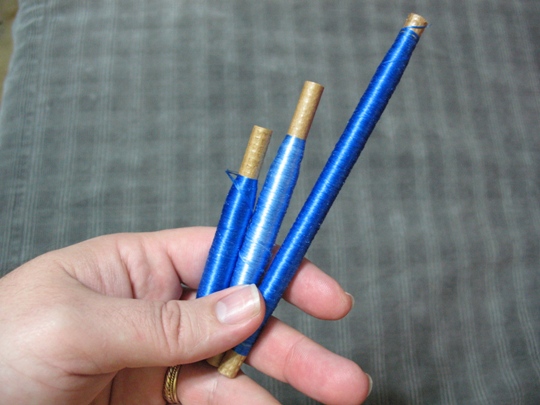 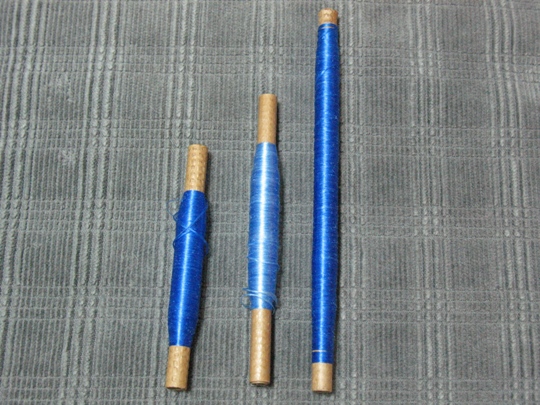 I feel like I’m doing an ad for AT&T, with “More Bars in More Places.” 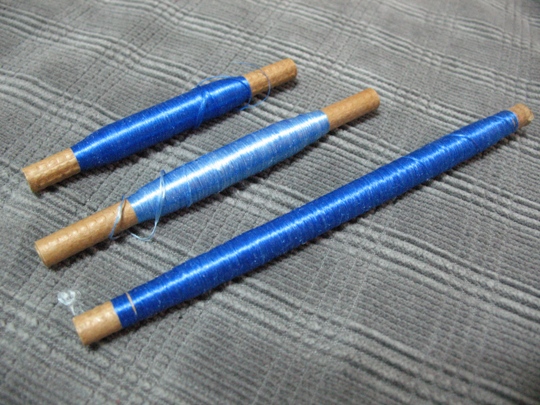 The length of the spool affects how the cop winds on; each of these has approximately 85 yards of silk.

I like the way the long ones look like colored pencils. I like the way the short ones look like they have more thread on them. They’re identical in cost (forty five cents each) so that’s a non-issue. There may be some containers (like a tackle box) where the shorter ones will be easier to store – but by the same token, the long ones are slimmer, so a baggie will hold more of them. They all fit in my electric winder with no trouble. I can’t get the long ones and cut them in half; they would be too short then, and the edges would be ragged. 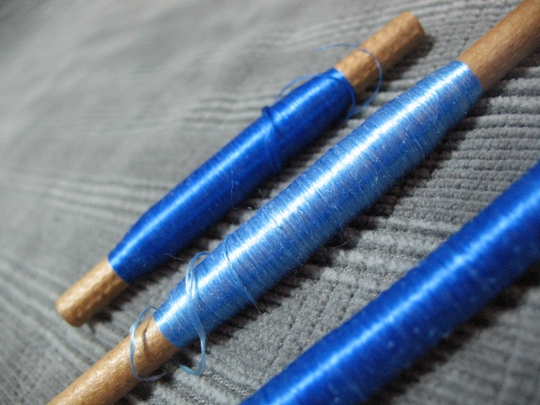 I think I’m leaning toward the little fat cops.