Chris got me a new camera for our anniversary; a Canon T2i.  I’ve been playing around with the new camera, looking at some hatchling silkworms. 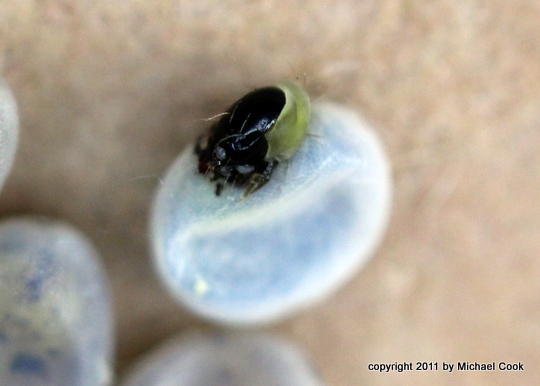 This one’s in the process of hatching.  They bite through the egg shell, bit by bit, and then crawl out.

The lenses on the new camera are working for me quite well; it takes a lot of light and some serious care in the focusing, but I’m getting pretty much what I want.  The thing I want to work on next, is a tiny bit more depth of field…  I’m already shooting with lots of additional light, but I still get a less-than-paper-thin depth of field on these super close shots.  Actually, the straw-like substrate that the worm is walking on, is the fiber in a brown paper sack. 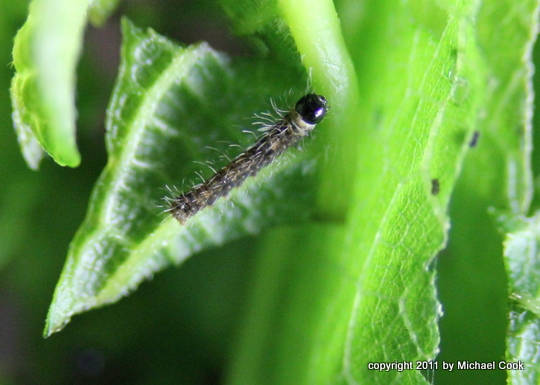 After enough of them hatch out, I brush them off the paper into a little tray, and sprinkle finely chopped mulberry leaf over them.

For comparison, here’s a link to some shots I took a few years back, using the old camera and the add-on tube lens.  The new camera is SO much sharper!  You can really see the difference in the detail level between the shot above, with the T2i, and the one below from the PowerShot (a point-and-shoot):