Blog - Latest News
You are here: Home / BLOG / Uncategorized / We're Down to the Final Three….

We’ve placed seven of the eleven kittens and we’ve trapped the mommas and taken them to KittiCo and gotten them fixed, vaccinated, tested, etc. 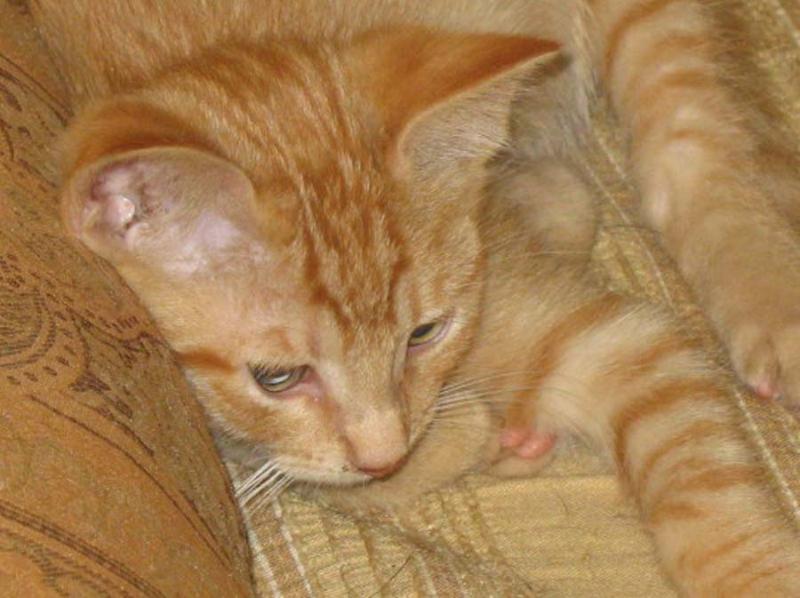 We’ve still got three kittens that need homes. They’re sweet little kitties; they’ve been handled since they were about four weeks, and they’ve been living inside for most of a month now. One (Tiger, brown tabby male) is from the litter I took to the vet for worming and flea treatment; he is about a week or so ahead of the others in age. The other two (Spookey, black short-hair male, and OG, red tabby male) haven’t been wormed or flea treated, but living inside with the other kittens has gotten them pretty flea-free. They use the litter box just fine, are easy to handle, etc. Please let me know if you know of any homes for these little guys! 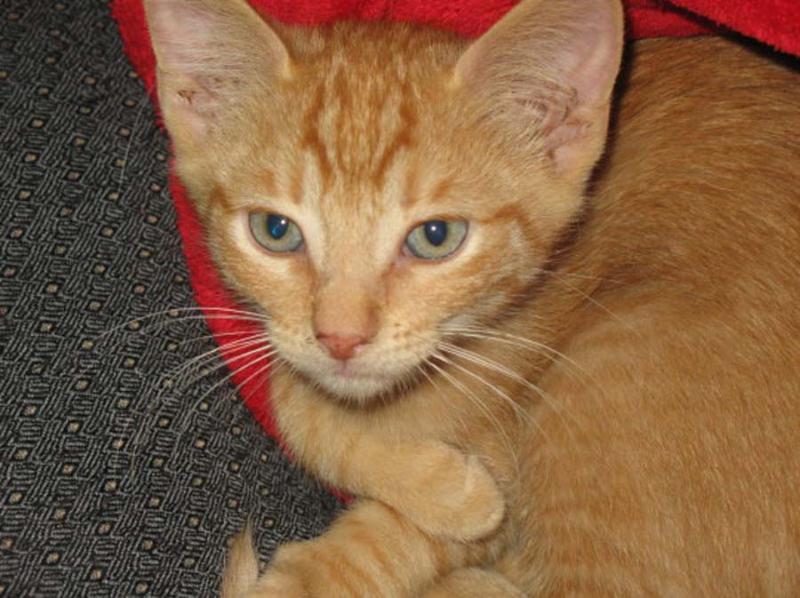 OG always seems serious. He reminds me of my Granddad’s barn cat. He’s got the same kind of lanky frame. 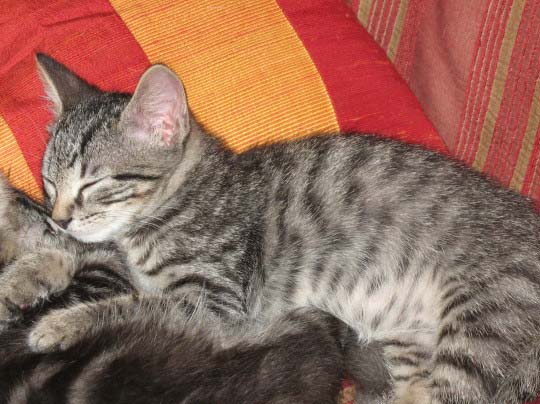 It seems like we always catch photos of Tiger sleeping. I guess that’s because it’s the only time he’s still long enough! He’s one of those kittens with two speeds… OFF, and ZOOOOM! 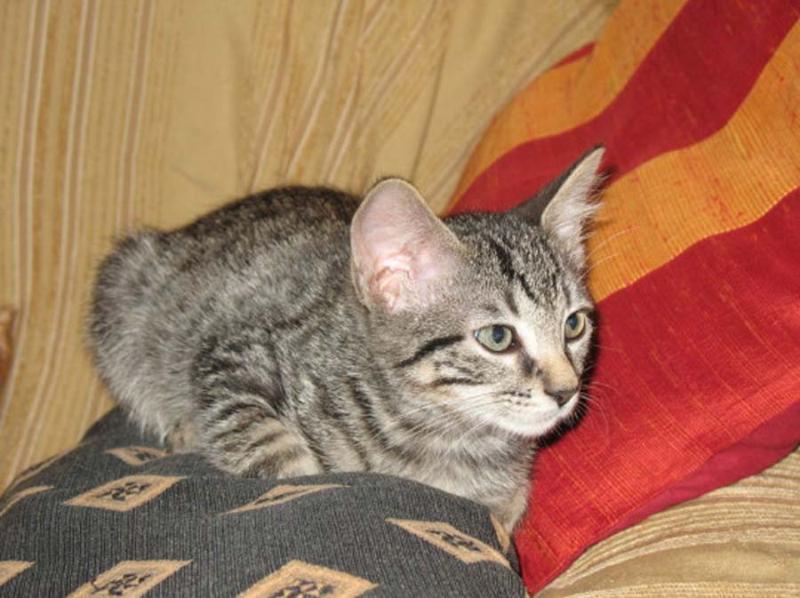 Here’s one with his eyes open. 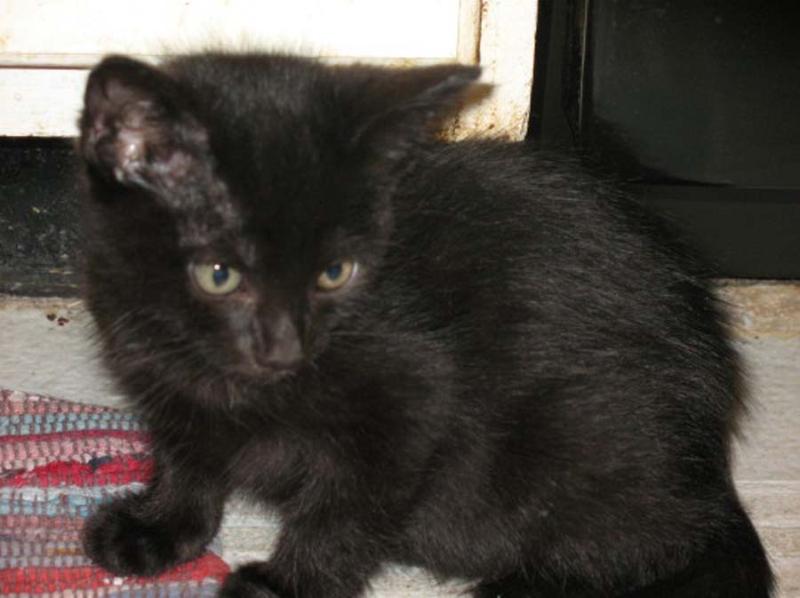 Spookey is the lover of the bunch. He loves to sit on your shoulder… he became Cleavage Cat when Chris’s friend KB visited from Missouri. 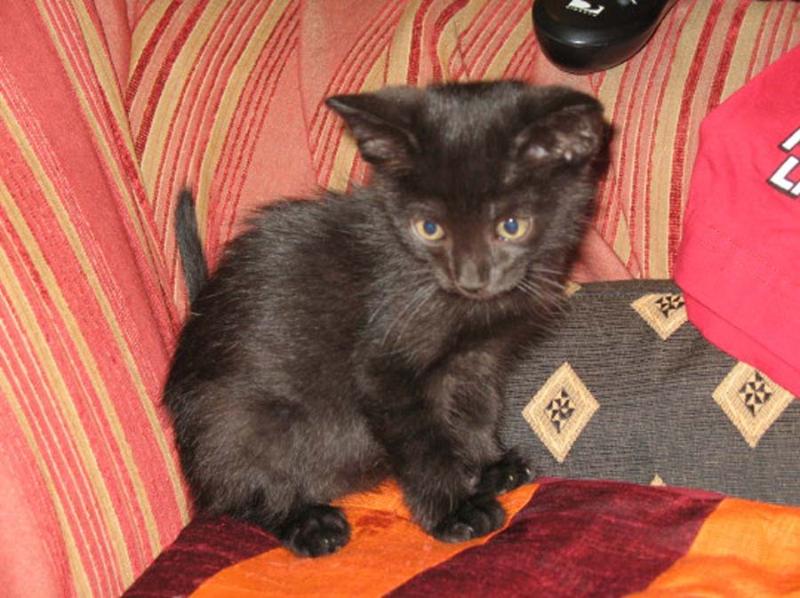 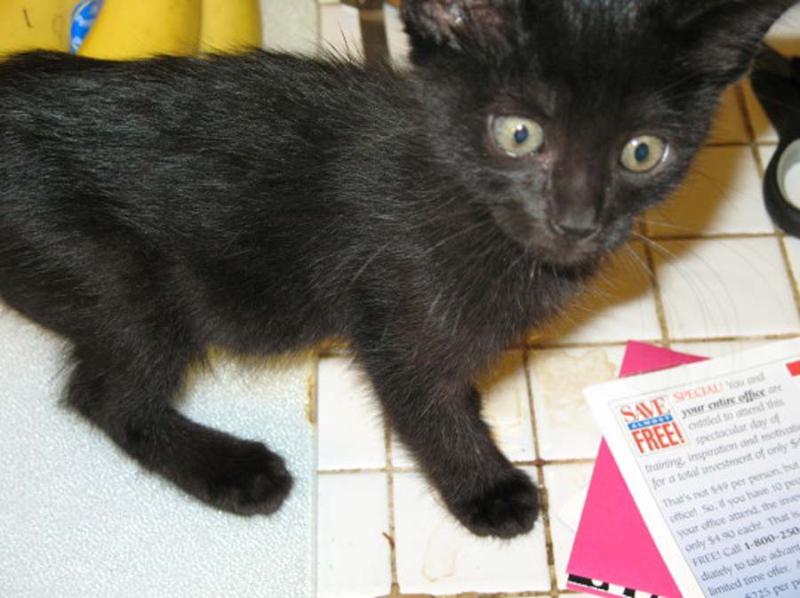 I love his expressions. He’s a LOLCAT waiting to happen. His eyes remind me of people eyes – they go round in the middle.