We had a cat deliver kittens under our back deck. We have placed all but one… little Tiger. 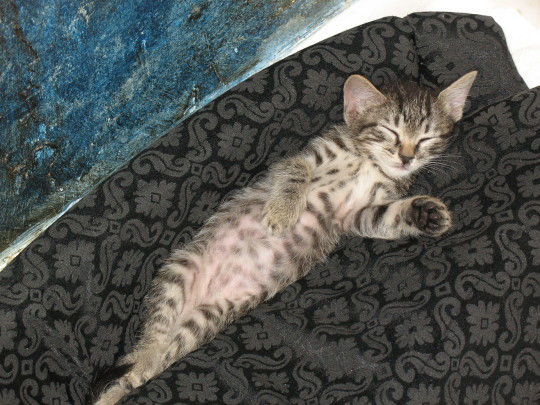 This is Tiger. Tiger is about 9-10 weeks old, litter trained, flea-treated, and wormed. He’s been handled daily since about 5 weeks, and he’s lived inside with us for the past three weeks. He’s energetic and has a good disposition. He’s ready to be somebody’s kitty. He’s a really precious cat, but we have 3 (we’re keeping one kitten, and already have two other rescue cats) plus three dogs. Our house is FULL.

We are also helping to place another litter which Momma Kitty’s adult daughter, whom we call Pretty Kitty, had across the street. The folks there have been feeding and handling these kittens for almost 5 weeks. Since we took away Momma Kitty’s kittens, she’s been helping to raise and feed her daughter’s litter, and she brings them over to our house for additional food. These are all boys. They’re a little younger than our litter; they’re probably 8 weeks now, eating solid food all the time and so far as we can tell no longer nursing. They haven’t gone to the vet, but appear in good health. We flea-treated Momma Kitty (who is the grandmother of these kittens), and it seems like it’s cut down on their fleas – they do have a few, but not many. Yes, we are working with KittiCo to get Momma Kitty and Pretty Kitty spayed, and we’ll neuter our kitten when it’s old enough. 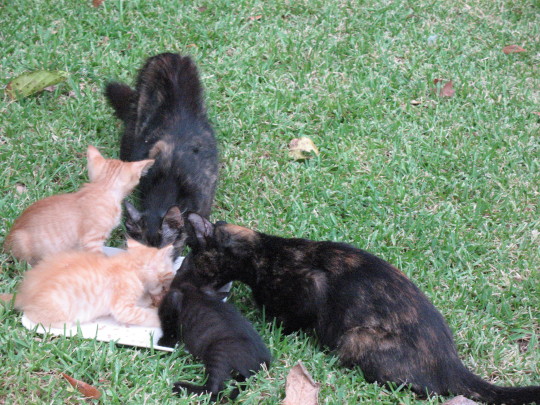 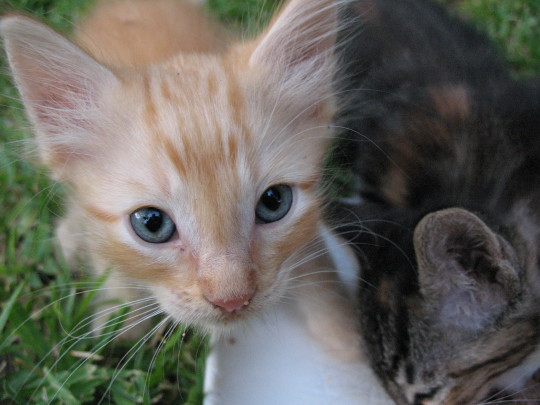 Buttercream is orange and yellow, and very soft. He’s probably the sweetest of these kittens, although not always the bravest. He cleans my fingers when I hold him, although it may be that I get catfood on them feeding everybody. 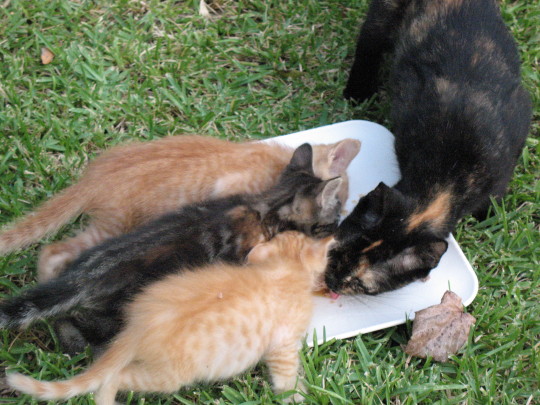 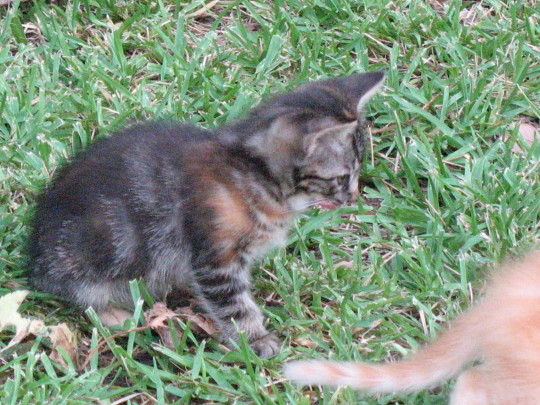 This kitten is mostly brown-tabby, with little patches of orange tabby. It looks like there are little bits of sunlight on him. 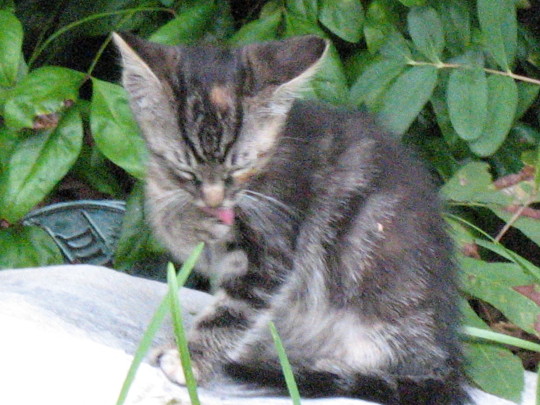 So I call him JohnDenver. Sunshine on his shoulders, makes me happy. 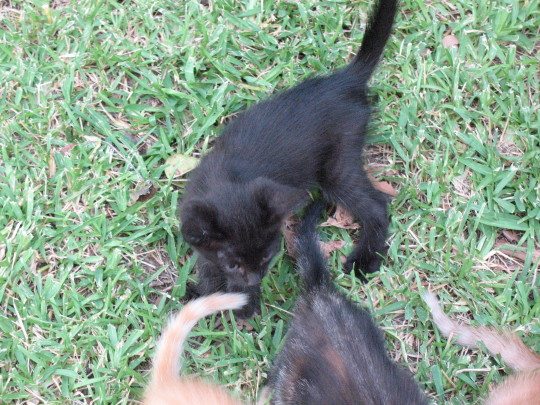 This little kitten is all black, except for some long white hairs on his legs. We call him Sspookeh. 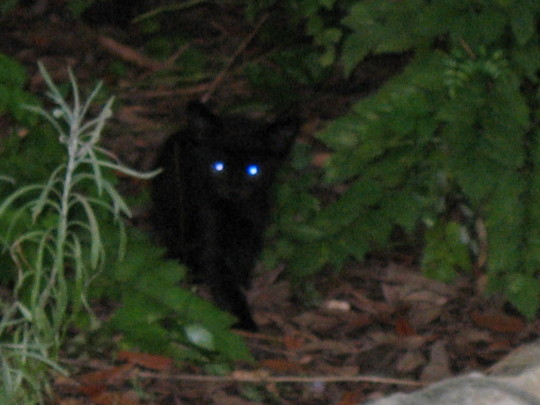 … because this is what happens when the flash catches him. He’s prety shy. 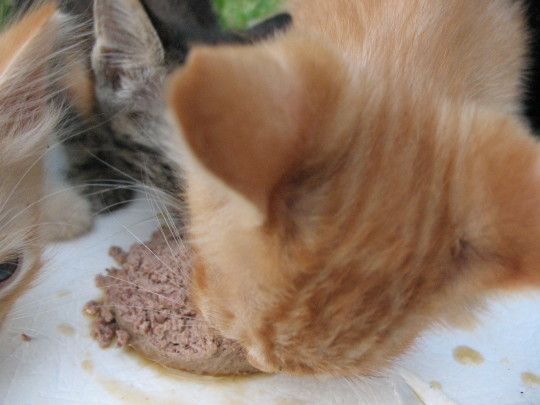 The fourth kitten – a lean and lanky red tabby. I couldn’t get any good shots of his face, but he has a marking on his eyebrow area that makes him look worried.