The red roses are blooming. 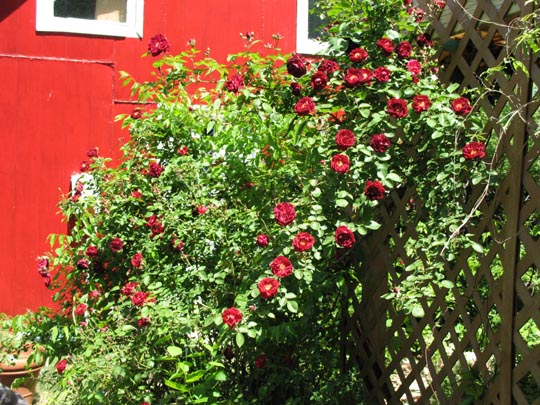 This old-fashioned rambler was given to me by a friend many years ago, and has become a huge sprawling beast. It was originally the root stock of some grafted rose which had died; it came back from the root, so my friend gave it a chance. Chris loves it, and threads its canes through the trellis instead of pruning it. Right now, it has probably two hundred flowers or so. 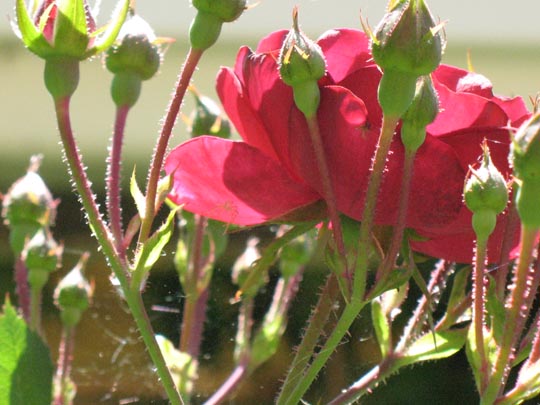 It will have more than twice that in a few days. This rose only blooms once a year, in the spring, but when it blooms, it doesn’t mess around. 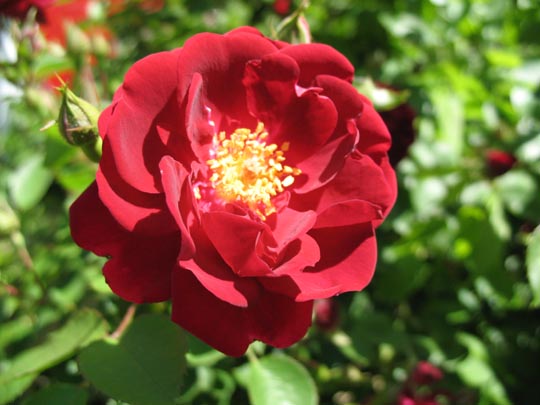 I love roses where you can see the middles. They have a mild scent, clearly rosey, but not overpowering. I sometimes pick and dry them for teas. 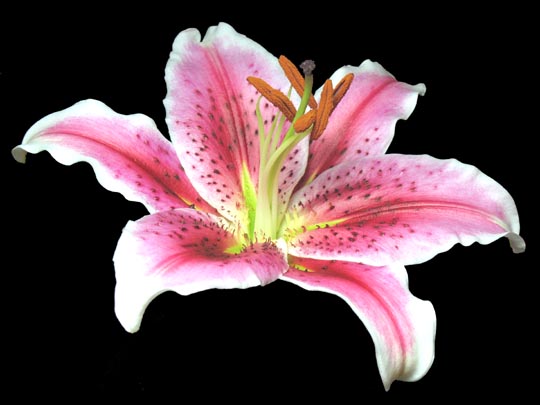 This isn’t from our garden; I bought Chris some stargazer lilies because they’re his favorite. I want to use this shot for an embroidery study. We’ll see if I have the stamina to render the drawing, dye all the silk, and stitch it. 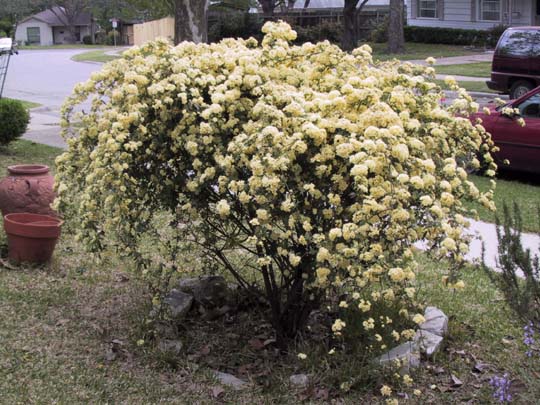 This photo isn’t from this year; it’s from 2004. The Banksia rose is about a time and a half this size now – the canes drape on the ground for about two feet, which is beautiful, although a challenge to mow under. It was really stunning for a few days, but then a rain knocked off most of the blooms. 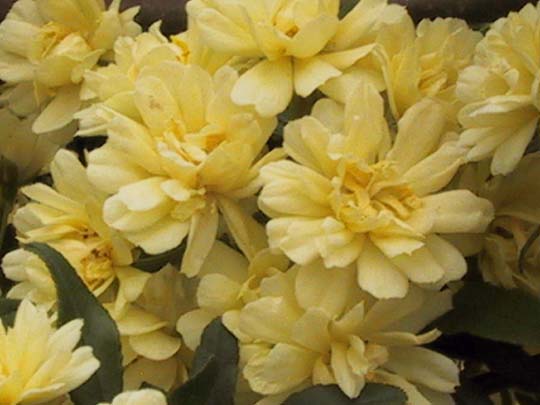