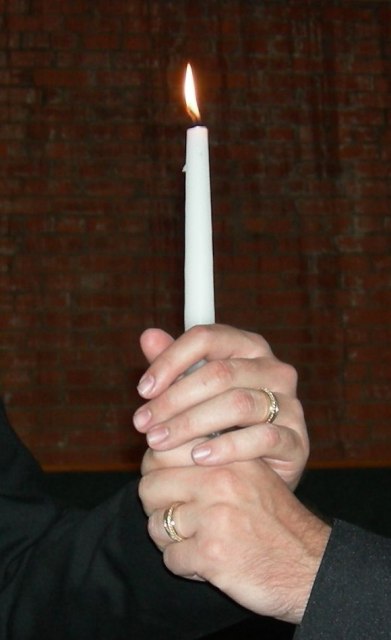 I’ve been too crazy-busy with this and several other things to mention it before, but I got married on May 5. After five and a half years of living together as a committed couple, Christopher and I agreed that it was high time for all of our friends and family to meet up and have a big party! 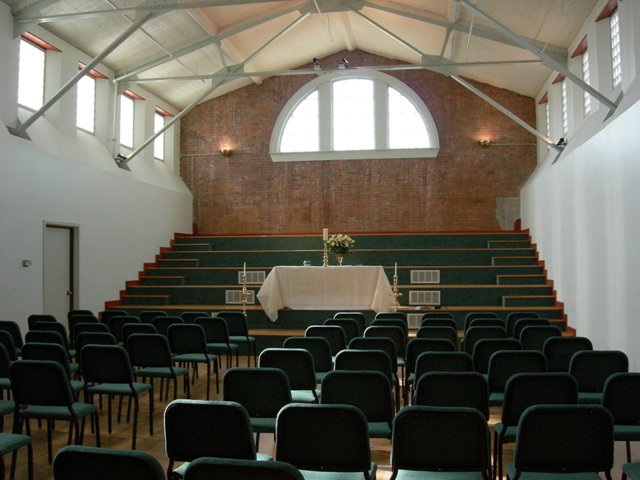 We had the ceremony in the fantastic building where I have worked for six years. This is Kurth Hall, which we used for the ceremony. 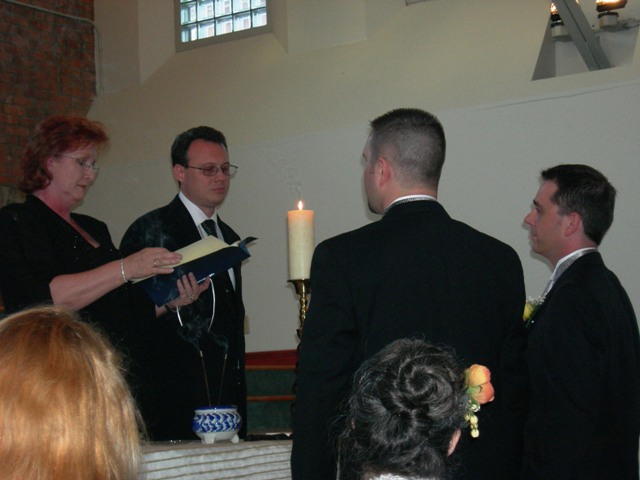 Janet and Charles Mars presided. They are the High Priest and Priestess of the British Traditionalist coven that I attend. We aimed for a vague, non-denominational ceremony, so as not to stress out some of the more conservative family members – they were already dealing with a gay wedding, they didn’t need the culture shock of a full-on Wiccan ritual. My goal, was for people to walk out thinking, “Hmm… are they Unitarians? What was that?” while all our Wiccan friends nod sagely. 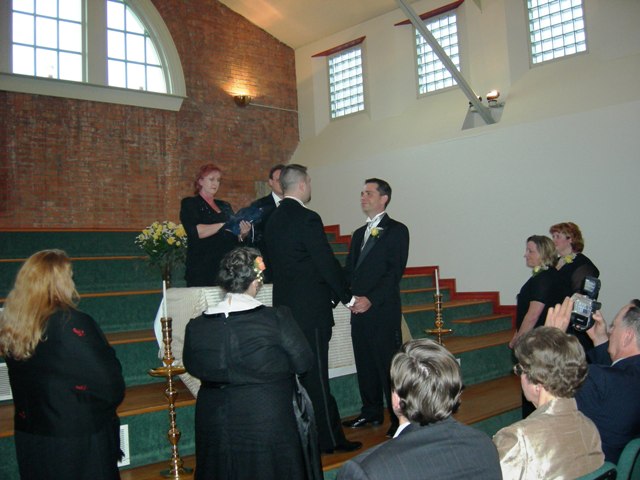 The ceremony was perfect; simple and moving, elegant and not too long. When Janet talked about love and commitment, people cried. When we found out that gluten-free rice crackers crunch *REALLY LOUD* in a quiet hall, people laughed. 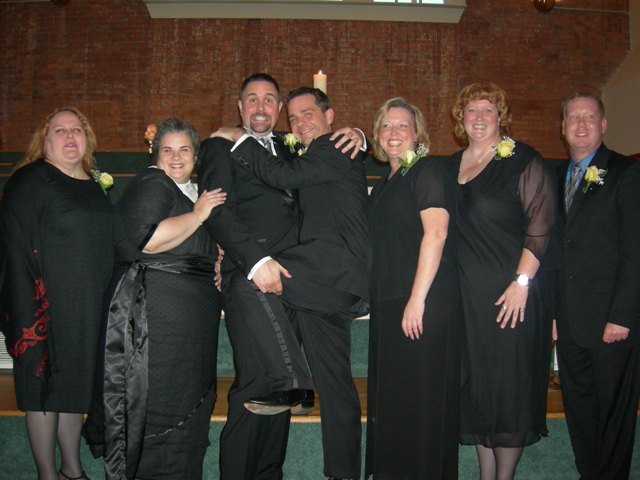 Each of us had two attendants; Chris called them the Best Chicks and I referred to them as the Groomsmaids. My dance partner Jerod was our Impresario; he made sure that things happened, he ushed people, he kept the music playing. 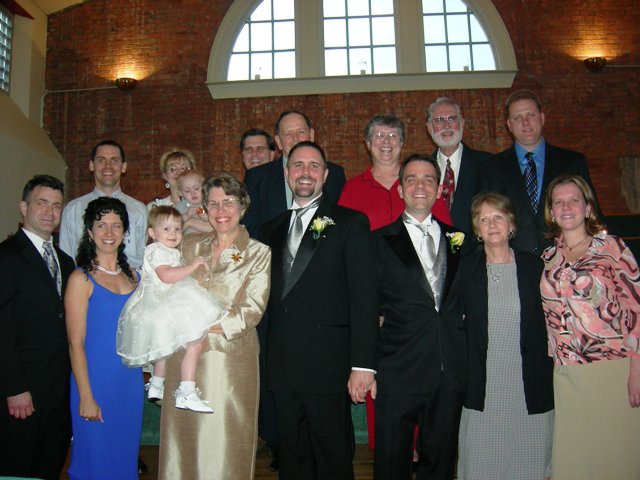 LOTS of family came! I was very touched by the support. There were folks here that I haven’t seen in over a decade. I got to meet some members of Chris’s family that I’d never met before, including his dad and his brother in law. 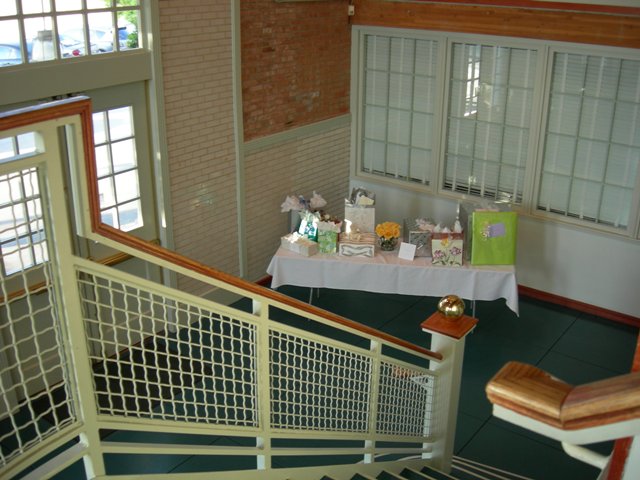 There were SO many presents. This is only part of them – many came in by UPS, scattered over a couple of weeks before the ceremony. It was like Christmas every day, for a month. The thank you cards are almost all written. 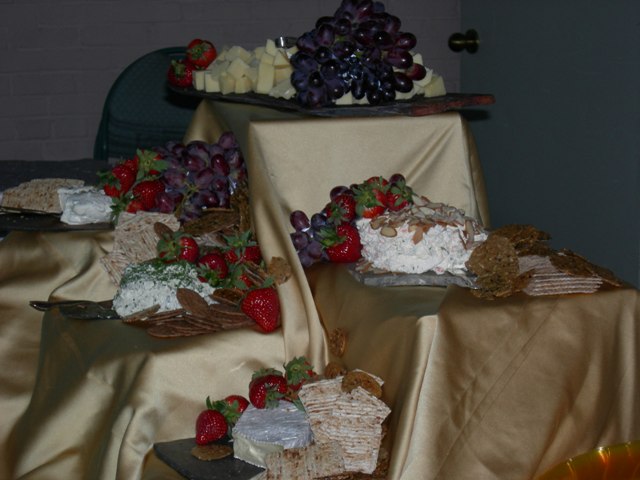 We had the food catered by someone that I know through work; she did a beautiful job as always. Roasted chicken with long-grain and brown rice in a wine sauce, salad, and a mix of fruits, cheeses, and gluten-free crackers. 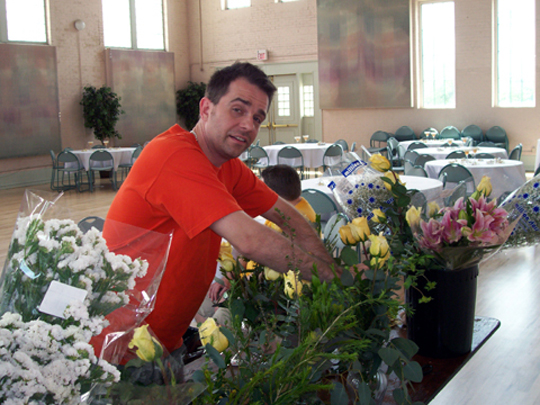 We had help from family and friends, but we did most of the decorating and organizing ourselves. Here’s Chris putting together flower arrangements. We went with silver and gold – to represent the years we’ve already had together, and the years we look forward to in the future. 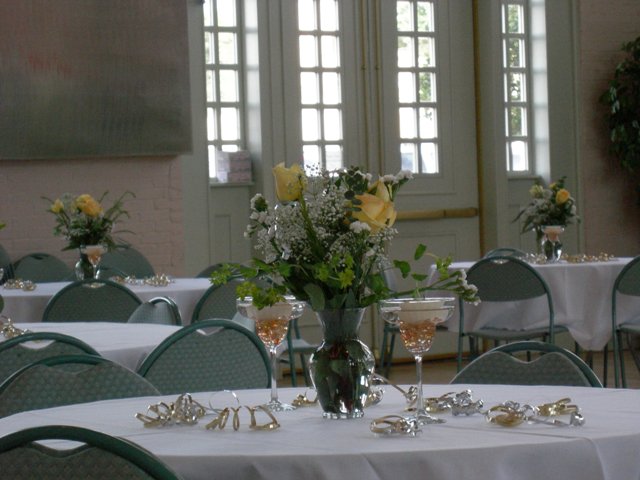 This is one of the tables. 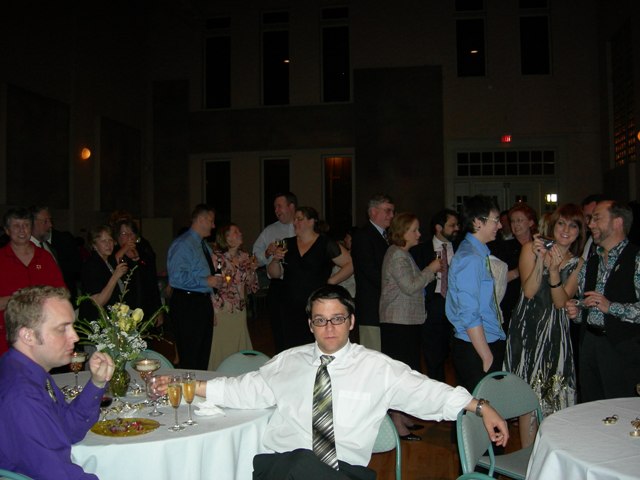 We were floored by the number of people who came! In front, a couple of our friends who have LiveJournals – I won’t name names here, but you know who you are. 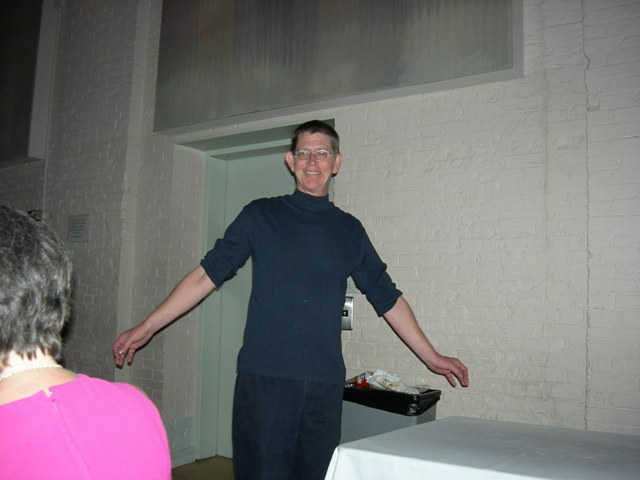 Our friend Mark, who was bartending for us, had an announcement – his boyfriend George gave him a ring. We’re very happy for him – Mark is a wonderful person and deserves only good things. 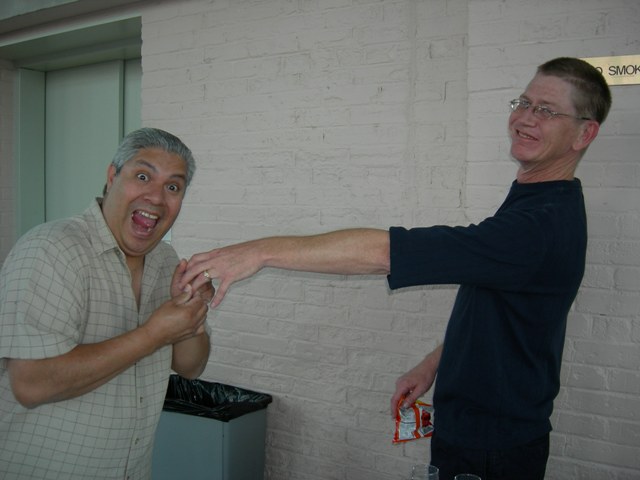 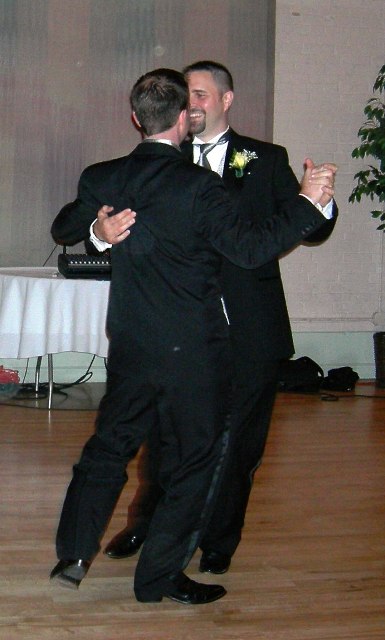 We had the traditional first dance – Chris decided that it should be a fast waltz. It was beautiful, and fun. We wore boots. With handmade socks, no less! 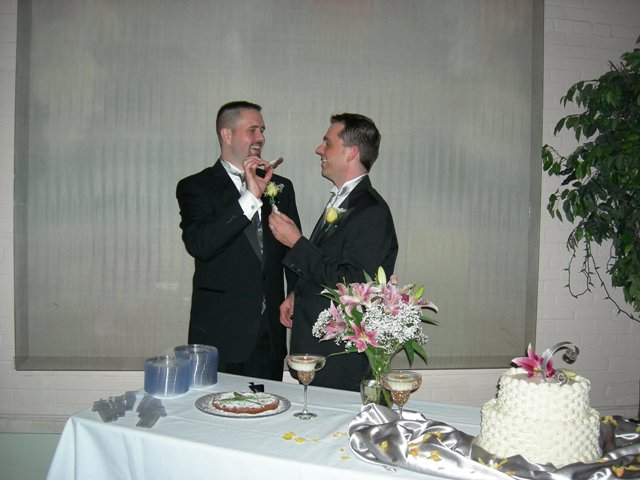 Business with cake. My friend Nancy baked gluten-free cake for me, and Chris made the cool chocolate silkmoth that sat atop it. There was a big hazelnut cream white cake for folks who could eat it. They were both really tasty. 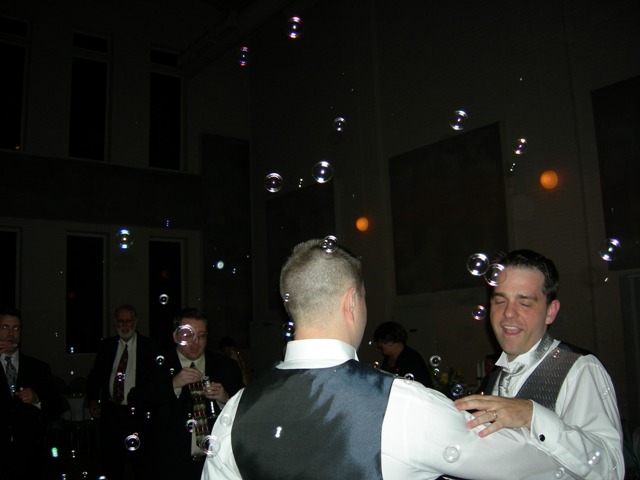 We originally planned to leave early, but it didn’t work out that way – so instead of people blowing bubbles at us as we left, they blew bubbles as we danced a last dance.

I survived to tell the tale ! Silk reeling, Lao style
Scroll to top