I spent some time in the yard today with my Canon Rebel T2i.  I love the convenience of having a camera in my phone, but it just doesn’t have the glass… with a 60mm macro lens, I can get a lot more detail, and catch more interesting things. 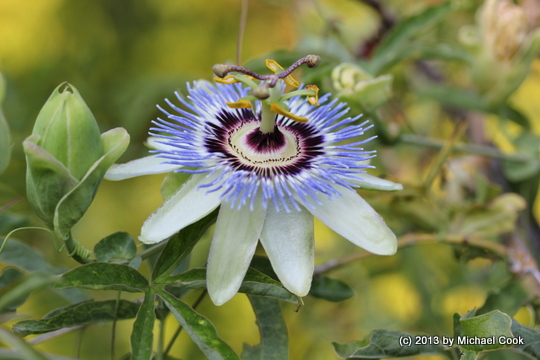 This is the Passiflora caerulea vine that has gone into the creekside and grows up the dead sumac bush.

Even with a considerable distance, the macro lens gets right in there. 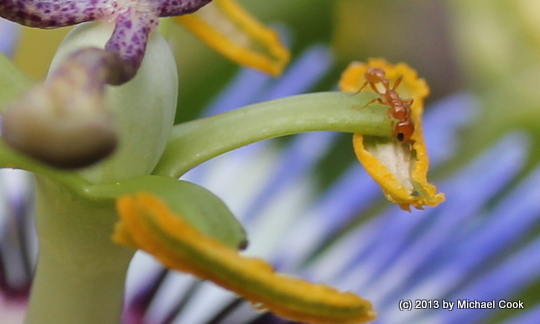 There’s an ant on this anther. 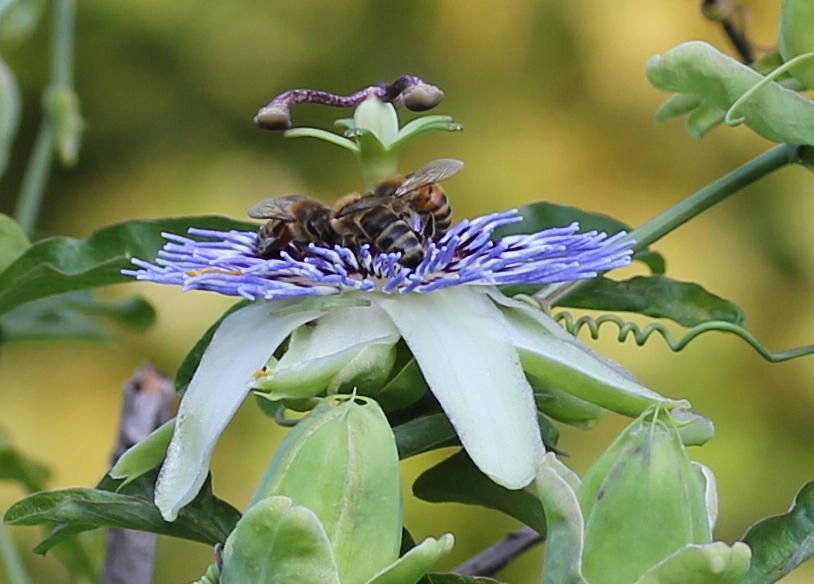 Another flower on the same vine.  The three bees were wrestling all over one another in a pile, and it seemed really odd – they usually do that for pollen, but not so much nectar in the passionflowers.  Then, when I was looking at the images in the camera, I realized that they have RIPPED OFF the pollen anthers, and are working them over in the middle of the flower.  They remind me of Macbeth’s witches around their cauldron. 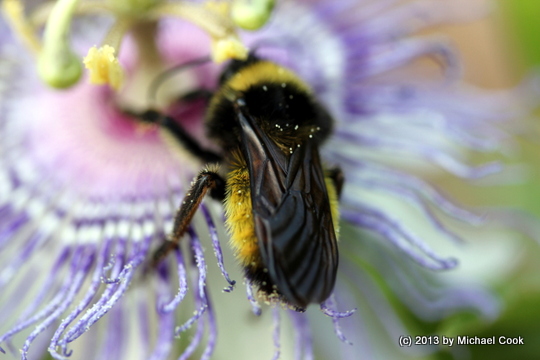 A bumblebee on Passiflora incarnata. 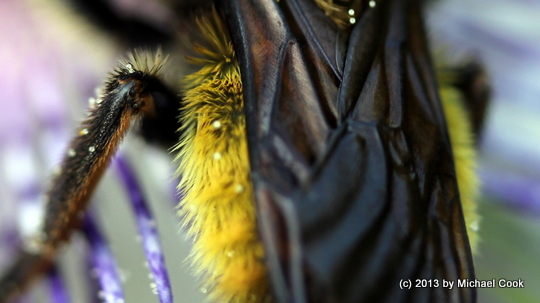 This one, I could get right above – so I could focus close, and get a lot of detail.  I really do love the camera, and this lens. 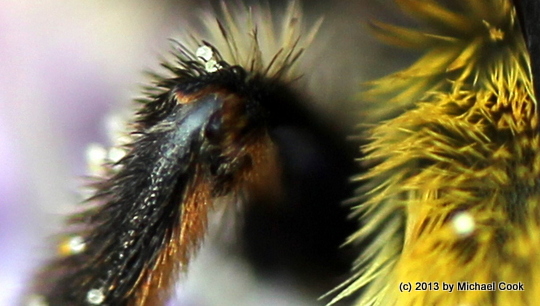 It’s the bee’s knees.  Those are pollen grains.

Close up on the center of the flower.

These corona filaments swirl around themselves in very odd patterns. 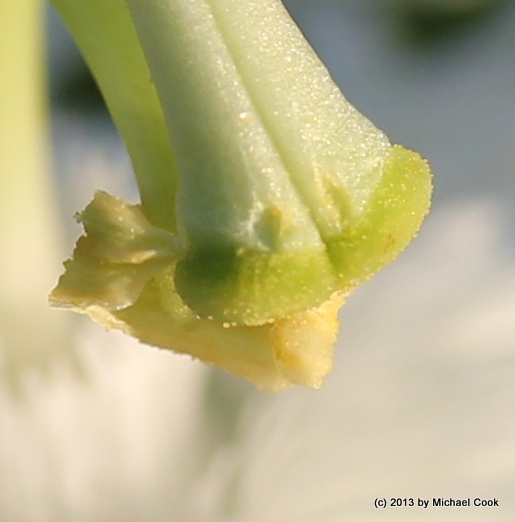 …and this flower is pollinating itself.   I just hope it doesn’t go blind.  I love how the anther looks like a tongue licking the stigma. 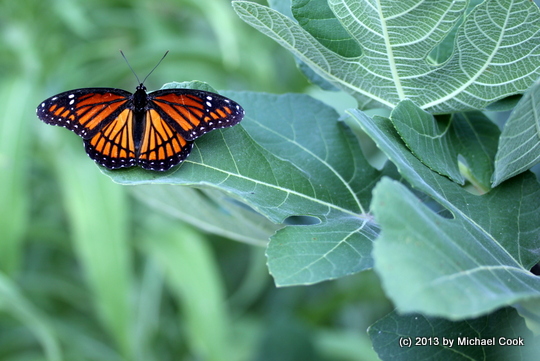 This exceptionally handsome Viceroy butterfly, Limenitis archippus, has set up a territory which includes the fig tree, the Maximilian sunflowers, and part of the creekside brush.  He will aggressively chase any of the Fritilaries or other butterflies that come close, and sometimes he even buzzes the wasps.  He’s a little petty tyrant. 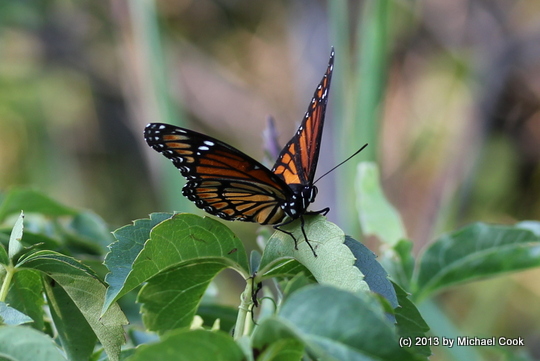 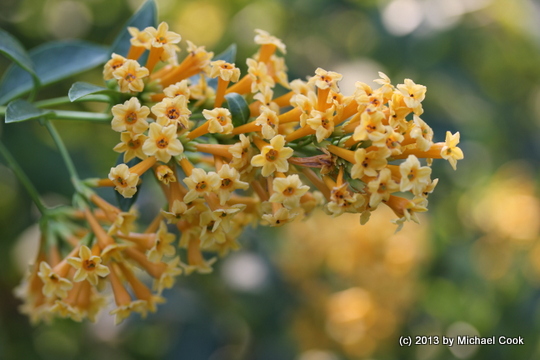 I now have four different species of Cestrum – this is Cestrum aurantium “Orange Zest.”  It’s hardy in our zone, and shoots out these bundles of cheery orange-yellow flowers all summer long.

I just wish they were as fragrant as their cousins – Cestrum nocturnum is my favorite fragrant flower in the world; I keep a bush in a pot, and bring it in to the bedroom when it’s in flower.  It only flowers at night.  This one has pretty flowers all day long – but no smell at all.

12 thoughts on “In the yard today – passionflowers, of course, plus other things.”