Today was the holiday party for the Rainbow Garden Club – Dallas’s gay gardening group.  I had to take something fabulous for the potluck. 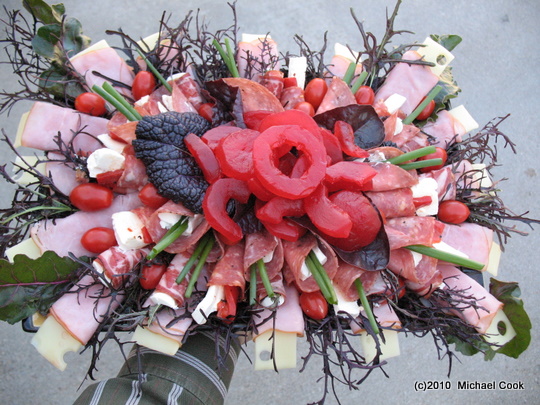 I started with a pound of deli ham, a pack of sliced Swiss cheese, a pack with capicola, calabrese, and peppered salami, two bricks of cream cheese, some cherry tomatoes, and some jarred roasted red pepper.  From the garden, I added two varieties of purple mustard (both rolled up with the meats, and as garnishes on the plate), green onion, and bright-colored chard leaves to give it a pretty base.  The crowning glory – some of Chris’s spice pickles. 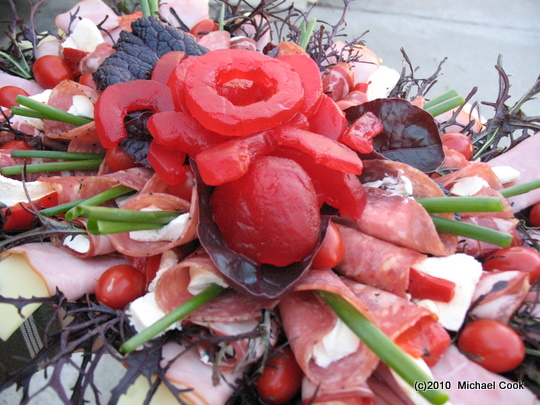 We have received little jars of these from Chris’s Grandma Campbell for years, and always assumed they were made from apples – but this year, he got the recipe, and they’re made from over-ripe cucumbers.  We made a huge double batch, and have enjoyed them immensely.  They’re an intensive process, involving a lime bath and then six days of syrup-boiling… but definitely worth it.  They were a hit at the party!

Chickens and Eggs Anybody recognize this hem?
Scroll to top