I felt really bad.  For the first time since the bees arrived in April, I walked toward the hive with treason in my heart.  I was going to find, and kill, and replace the Queen. The decision had actually been made in June – the queen’s brood pattern was spotty, and the hive wasn’t happy with her.

Last time I opened the hive, there were scattered laying-worker eggs, no open brood, no capped brood… but I did find the queen.  It seemed that the queen was experiencing a total failure.  I firmed my resolve to re-queen, and ordered a queen from the folks at Bee Weaver.  Laura was very helpful, and had lots of good suggestions. She recommended a push-in cage, which became a drama of its own later on. 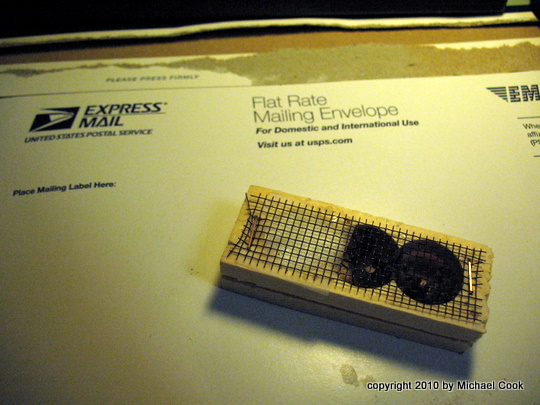 Packages of bees arrive in a box the size of a shoe box…. queens arrive with half a dozen helpers in a big envelope.  Much less threatening to the nice postman! 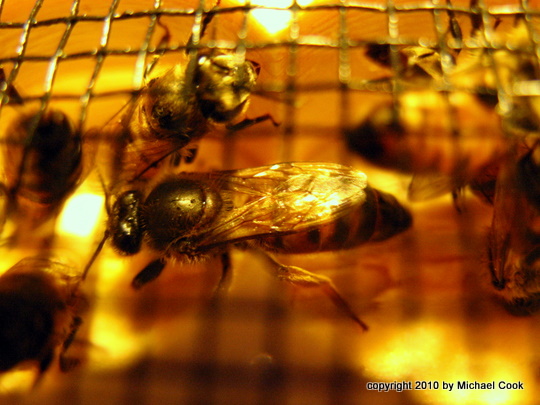 I had expected the new queen to be marked and clipped – but she was unmarked and entire.  I just hope she’s properly mated! 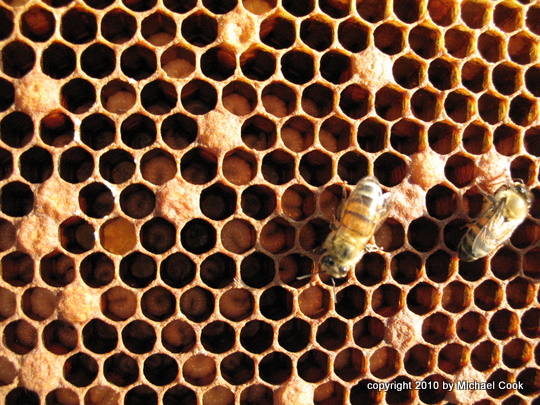 Of course, once I got the hive open, there was brood EVERYWHERE.  I think that the Queen had heard my plans for her demise, and was trying to rally the troops.  However, there were also two new supersedure cups – the worker bees were still not happy with the queen’s performance.  I took those out.

What followed, I didn’t get pictures of.  I was working alone, and a lot of it was fiddly, so I couldn’t handle the camera while I was doing it.  I sifted through the hive frame by frame, finally finding the dotted queen on the second pass.  I removed her and placed her in a jar – just in case something went horribly wrong.

Then, I found a frame which contained some open brood, some capped brood, a few empty cells, and some honey.  I brushed it clean of bees, and took it over to the garage to work away from the hive.  I had the garage open, so that there was good light – but it was far enough away from thei hive that I didn’t have the attention of the guard bees.  I had built the push-in cage from the window-screening that covered the package of bees when I got them this spring.  I laid the frame on the trunk of my car, and figured the best location for the push-in queen cage.  Now, I had to open the queen’s transfer cage, get the queen out and onto the frame, push the cage over her and down into the comb, and then put her into the hive and close up. I took my gloves and hood off, because it was delicate close work and I needed gentle fingers.

What happened instead, was that I opened the little container carefully… and all of the bees, including the queen, took off flying.  See above about the un-clipped wings.  After a moment of intense cussing, I calmed down and realized that there was a cloud of bees still hovering around – maybe the queen was still there?  I got my little butterfly net.  One after the other, I caught bees and put them in a glass jar.  Finally, I caught the queen!  They’re not all THAT different when they’re flying around, but you can tell once they are sitting down, how the body is longer.  So I got the queen onto the frame, got the cage over her, and after much amusing catch-and-accidentally-release, I got one of her court bees in the cage with her.  These bees know and follow her scent, and they’ll feed her if the other bees in the new hive don’t like her right away.  I was going to try for three, but it just wasn’t going to happen.  I went and reassembled the hive with the new queen in her cage, closed up, and mercifully dispatched the old queen.

After closing up, I caught a few more photos in the yard… 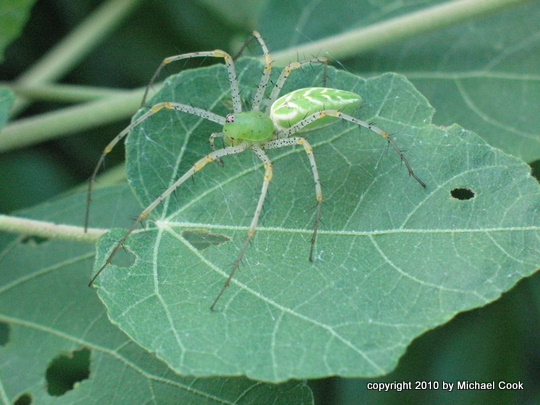 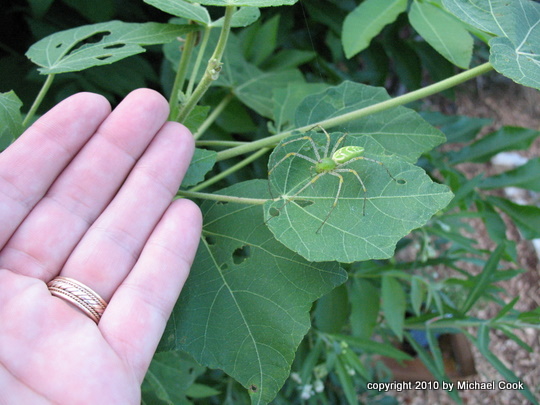 A baby watermelon, hiding out in a tomato cage.

A tiny peek-a-boo lizard.  He was on the other side of the fence, so I had to peep through leaves to see him.  The camera didn’t like the focus. 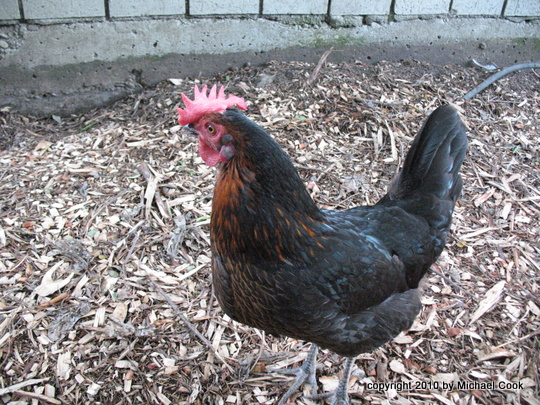 Jeanette, who was advertised as a French Maran, but lays nearly white eggs. 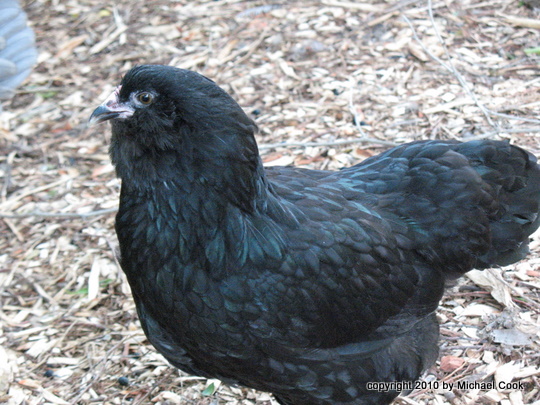 Weezy, who is one of the two Ameraucanas from our original batch of peeps – she isn’t laying yet, but I look forward to eggs soon.  They should be green or blue.

And Penny, who really IS a French Maran, has taken to crowing. It’s never a full crow, but it’s very different from her “henny” noises.