Chris built a chicken coop this weekend.  I helped some, screwing on the flashing and attaching some of the hardware cloth, but it’s really Chris’s baby.

We decided on a design based on the A-frame “Ark” style of chicken coop, like the Wentworth Mountain Arks.  This allows the coop to be moved from spot to spot in the garden, so that the chickens can cultivate and fertilize a new area every few months.  It’s also got a lot of cool and convenient features for managing them. 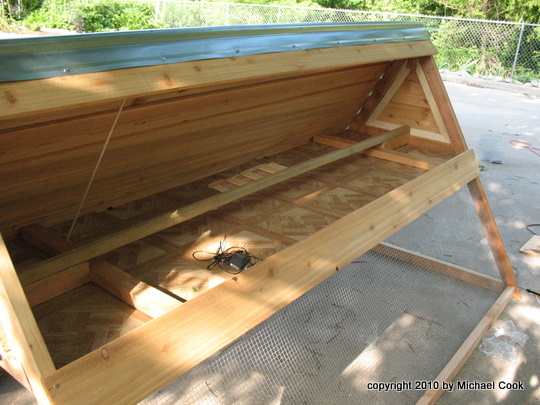 One whole side lifts off and pulls away, so that it’s easy to get access to the whole top portion.  This is useful for cleaning. 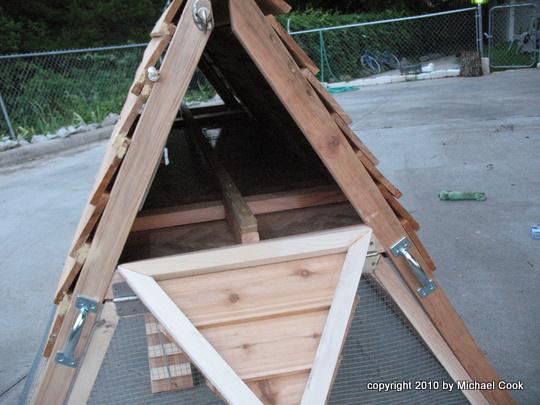 On each end, there’s a triangular door that hinges down to allow access for egg collecting.  Each short side has two nest boxes, and there’s a roost that runs the length of the center. I put two handles on each end, but even with the handles, it’s a heavy and ungainly thing to move.  It’s portable, for a given value of port.  I’m planning a lightweight “afternoon playpen” type of thing for them later on, made of bamboo and convenient to pop around the garden for them to weed and feed.

The chickens have access to an enclosed ground area below the body of the ark, by way of a gang plank that you can see in the picture above.

This rope pulls up the gang plank, sealing the chickens in safely for night.  We haven’t seen evidence of a lot of nocturnal prowlers in our area, but this security gives us peace of mind that the chickens won’t be dinner for some racoon or feral cat. 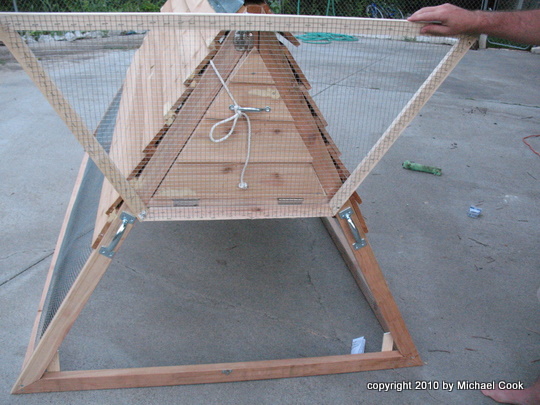 One end of the coop has a screen door that hinges up.  This allows us to get in to change their food and water. 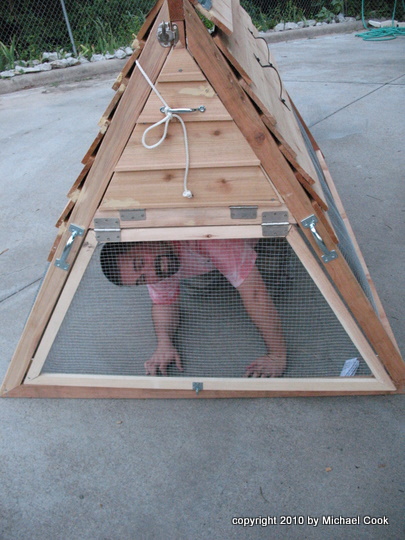 While it’s not exactly comfortable, it’s possible to get entirely inside the coop. 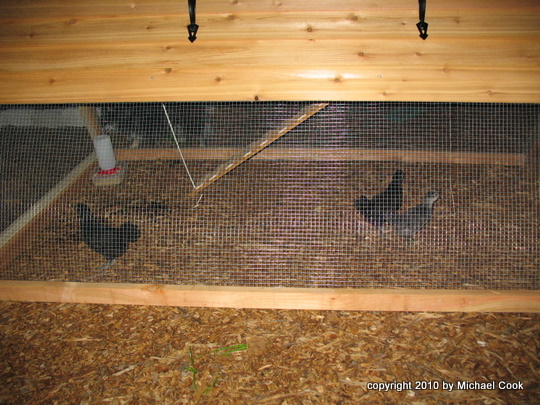 The chickens in their new home.  I tried putting two in the top and three in the bottom, hoping that they’d call to one another and figure out the gangplank; this was a failure.  Chris ended up crawling into the run, catching each chicken by hand, and passing them up to me to put in the coop portion for the night.  Chickens are not very bright.  They just sat there doing their best “The Sky Is Falling” imitation, interspersed with random moments of  “Ooh, a bug!”  We’ll see if they can figure it out in the morning. 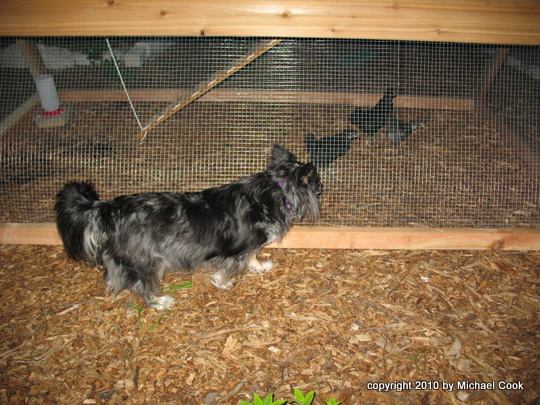 Kego was *fascinated* by the chickens.  She’s got a lot of herding instinct; I’m hoping that in time, she can be helpful in chicken management.