I’ve lived in Dallas now for seventeen years.  It will typically snow once every other year, sometimes as much as once a year.  This year, we’ve had, I believe, five or six days with snow.  I’ve never seen it this late – it’s just bizarre! 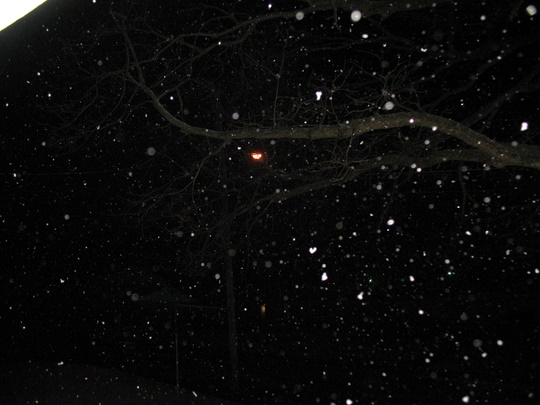 It didn’t start until well after dark, so I could only catch it with the flash. 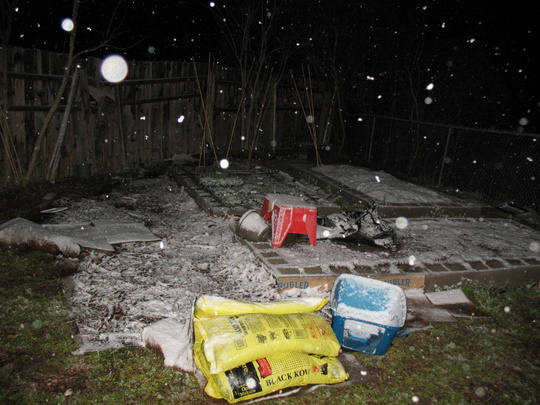 These are the garden beds I’ve been showing over the past couple of weeks…. covered in snow. It’s too warm for it to stick to the ground or the street, but it’s sticking just fine on the vegetable beds and the mulch. 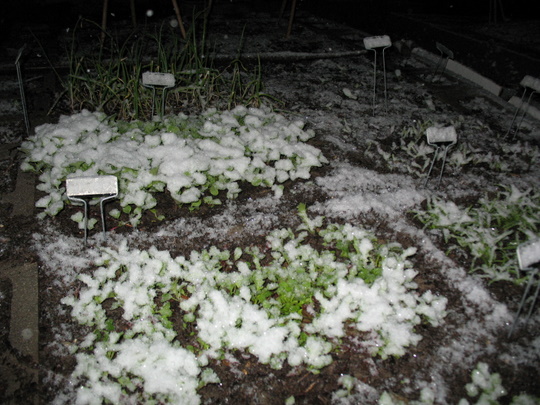 Fortunately, we hadn’t planted any of the non-hardy vegetables yet… these are all “plant six weeks before last frost” type things, spinach and lettuce and radishes and such.  Hopefully they’ll get through the snow OK!