Blog - Latest News
You are here: Home / BLOG / Uncategorized / Where I stand on the Science-versus-Jesus culture wars

I don’t often get into political or cultural issues in my blog – it’s yarn, and bugs, and the yard, and snippets of my life… pretty easy stuff.  This post is a little angrier than most, because it hits a nerve with me.  I’ve lived in Texas since I was five, and sometimes it’s an embarrassment to be associated with the “average Texans” and their backward, gullible thinking.

I firmly believe in modern science.  I don’t believe in the Bible.  I’m not a Christian.  It’s rarely an issue, but the other day while I was doing a school program, a teacher kind of pulled me to one side after I was done and waiting for the next group, and told me what marvelous creations silkworms are, and how she and I know, but we’re not allowed to teach the kids about God making them any more, they have to teach all this evolution nonsense in science… it just about turned my stomach.

And now, there’s this.  SERIOUSLY, Texas?  According to a poll by the University of Texas, thirty percent of Texans believe that humans and dinosaurs walked the earth at the same time.  Because, you know, the Earth is only six thousand some years old.  Fifty-one percent of Texans surveyed disagree that humans evolved from earlier species.  Young-earth creationists make my skin crawl.  I think that teaching this BS to your kids is child abuse. 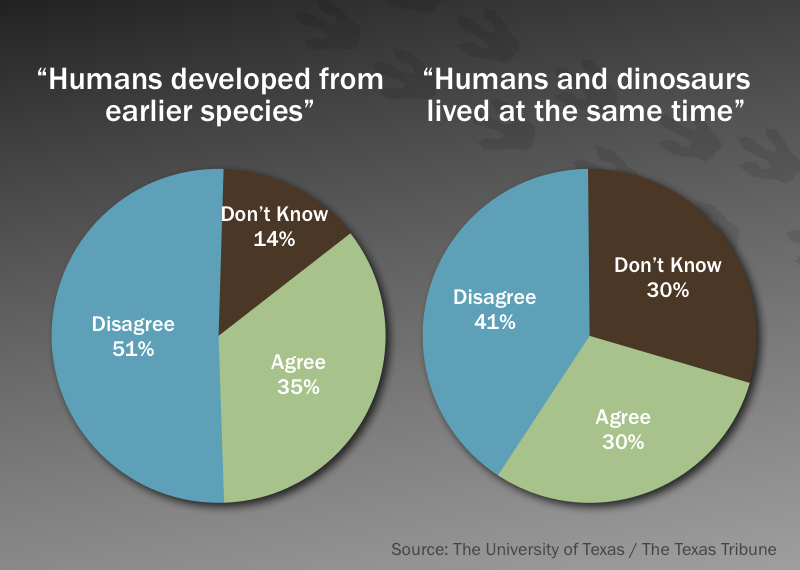 Garden With a tiny, tiny scythe….
Scroll to top