I’ve joined a new networking site, called Stitchin Fingers. It’s a Ning Social Networking site – kind of like Ravelry (although not nearly as smooth), but for stitching-related textile arts. There’s mostly embroidery and quilting and stuff on there now, although there are groups set up for weaving and other formats. 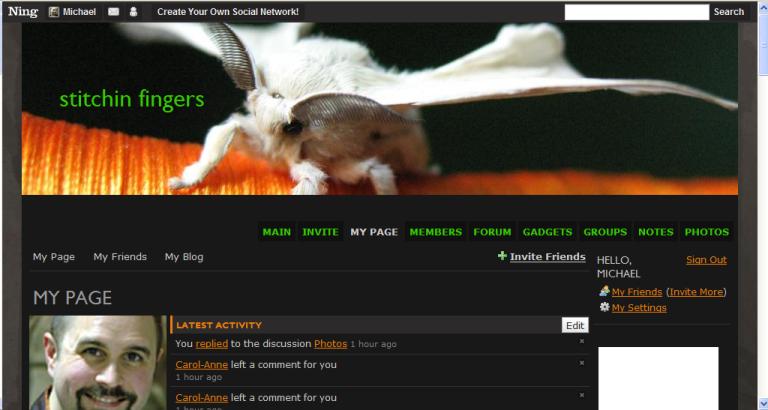 I’m just called Michael on there – I started to change it, but it seemed like everybody was using some variant on their real names… and hey, I hardly ever get to use Michael, because there’s so many, and the name is always somebody else’s. But I was here first, this time!