Blog - Latest News
You are here: Home / BLOG / Uncategorized / Needles: I LOVE getting packages from India

I’ve often heard of things being “nested like Chinese boxes” – but what I get, are these nested packages from India. I don’t think I’ve ever had anything so thoroughly packaged, as the things I get from India. This time, it’s needles. I wrote to the folks at Pony Needles in India, and asked if I could place a small order. I couldn’t find anyone here in the US who carries their amazingly fine crewel needles (see this post) – except for Lacis, who carry the #12 in the plain eye.

They explained that they don’t do small orders, only wholesale – but then a manager emailed me and told me that he was impressed with my silk site and my devotion to needle work, and he sent me a shipment of needles with his compliments. I was SO excited!

What I saw first, was this: 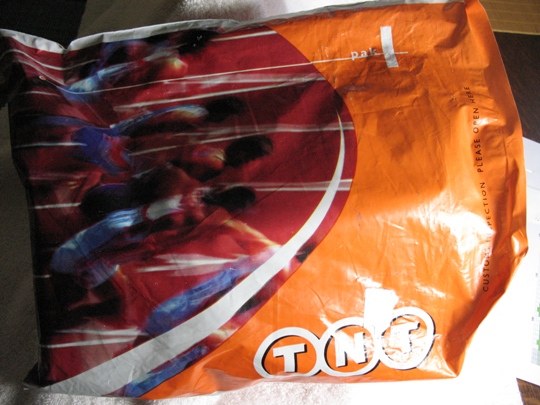 Then, I opened it, and saw this: 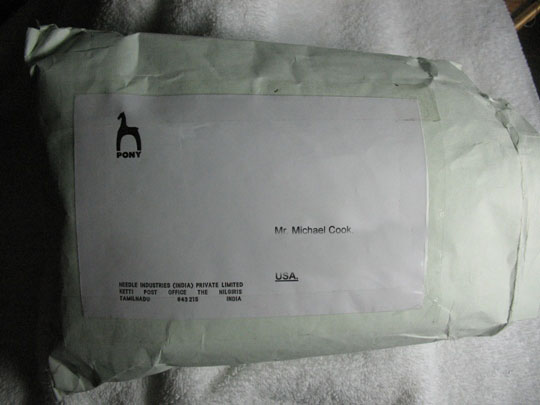 The company packaging – I’ve gotten a lot of this reinforced green paper; it seems to be the Indian equivalent of plain brown paper wrapping. It’s got string embedded inside to keep it from ripping. It’s neatly and thoroughly taped shut. 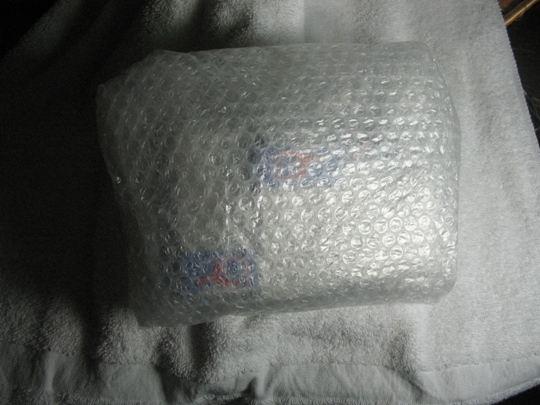 Inside the green paper, was a taped bundle of bubble wrap. 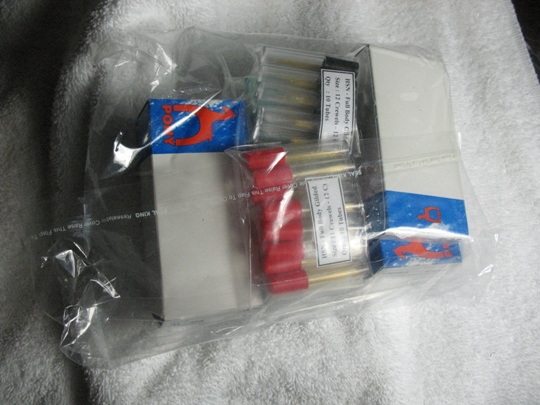 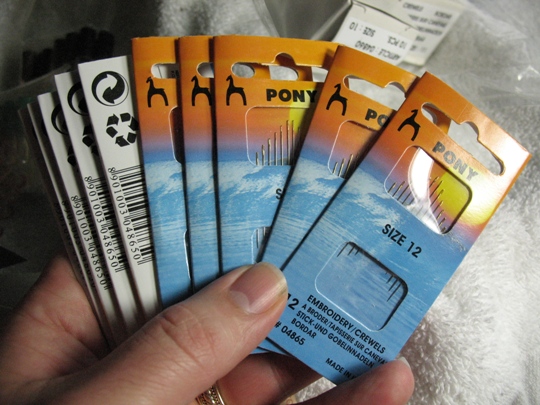 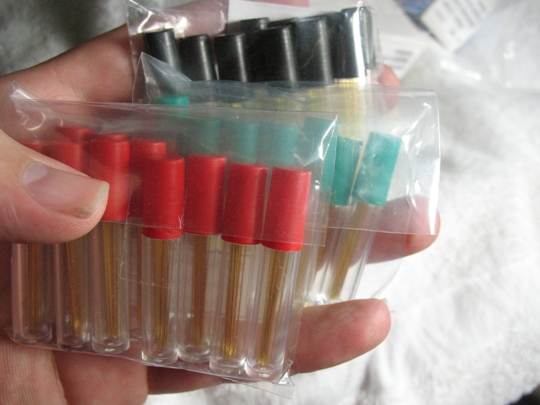 Each of the little Mylar envelopes holds 10 tubes; each tube has 16 needles, fully plated with gold. Did you read that bit? They’re golden needles. Like something out of a myth or a fairy tale. 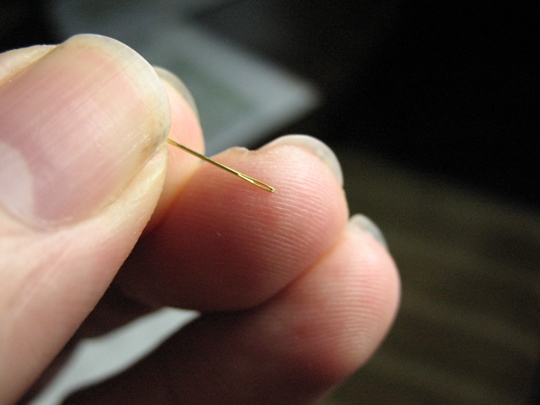 This is a gold-plated #12 Crewel. It’s kind of strange to handle – they’re a little slicker than the usual nickel-plated ones. It feels like I ought to be sewing clothes for the Elf-king or something.