Blog - Latest News
You are here: Home / BLOG / Uncategorized / Volunteers in the Garden

You know how it is… when you’ve had a garden for a while, some times you get things coming up that you didn’t plant.

In the side garden this year, we planted green and jalapeno peppers, canteloupes, and green beans. But this afternoon, we discovered some surprising volunteers. 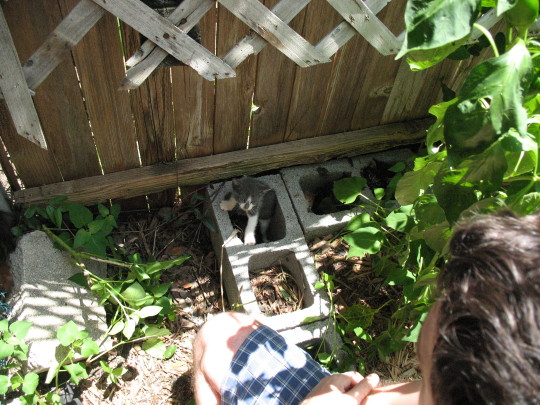 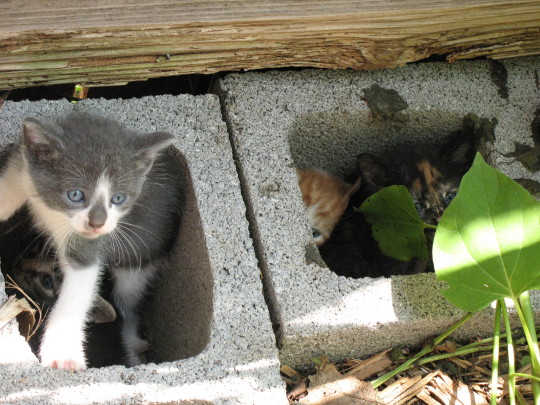 We found the kittens, hiding out in the cinder-block borders of our raised garden beds. 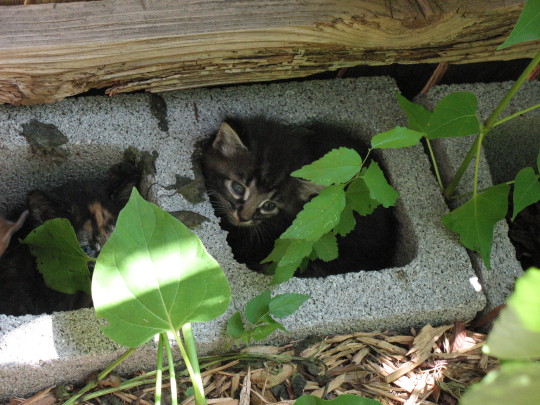 After we saw all of them, we figured out who the momma is – she’s a black tortoiseshell with a yellow tipped tail. She’s been around for about a year; I think somebody across the street feeds her, but she sort of lives at large in the neighborhood. She used to give our cats trouble, but seems to have settled down. 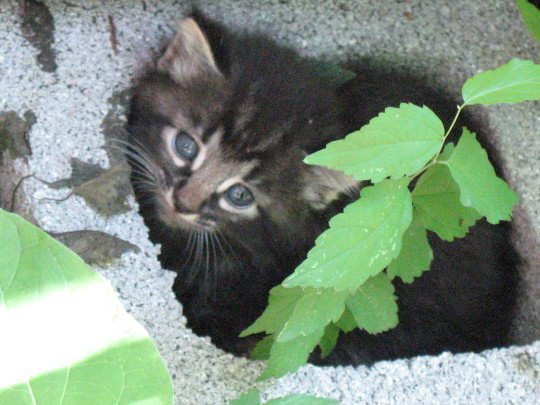 They’re really cute! We put out some food, and Momma showed up, and we got to pet her and the kittens. We’re guessing about four weeks; after a couple more weeks, with plenty of feeding and handling, we’ll start thinking about what to do with them. 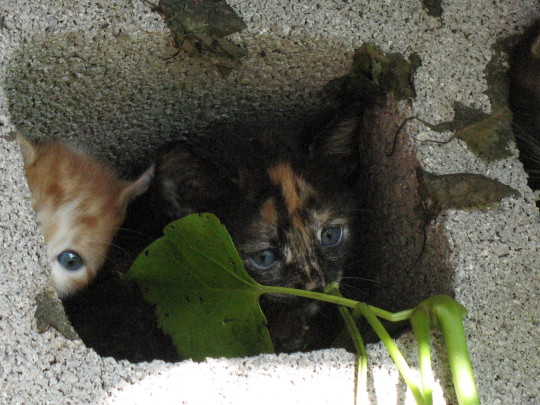 Momma looks exactly like the one on the right, although it lacks her orange-tipped tail. We’re pretty sure we’ve seen seven, although there could be eight; they are pretty skittish.