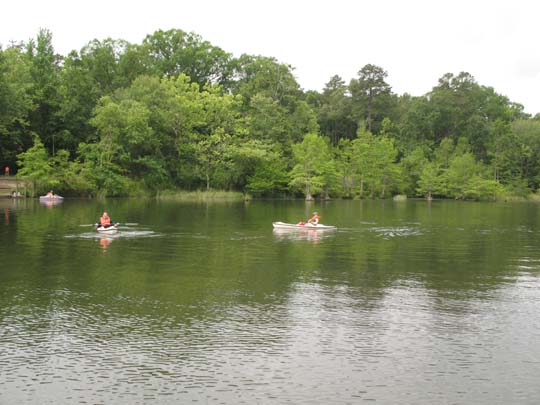 Over Memorial Day Weekend, Chris and I and the dogs joined my folks at Broken Bow, OK, for a short and very relaxing vacation.

There are mostly flower photos, some river pix, and a couple of bees behind the cut.

Dad and I went kayaking Saturday and Sunday; on Sunday, I talked Chris into taking a turn as well. I didn’t get any shots from the boat – can’t take a (non-water-proof) camera on a kayak! We did see some deer (amazingly close up!) and a huge water moccasin, several herons, lots of turtles. 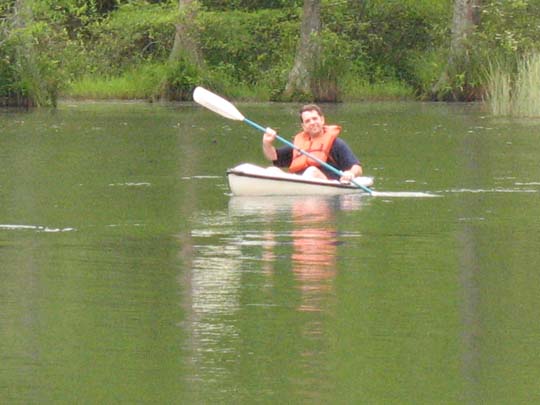 Chris, on the water. 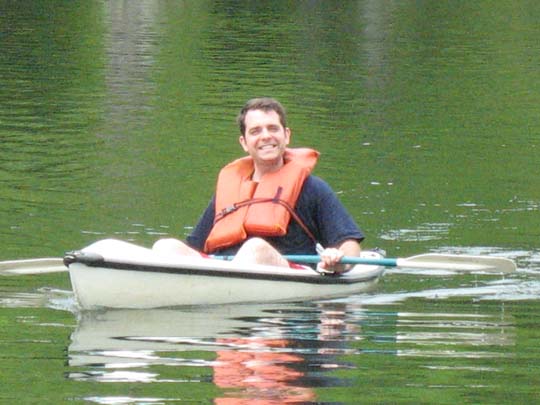 Chris, on the water, posing for the camera.

My dad, out in the kayak. 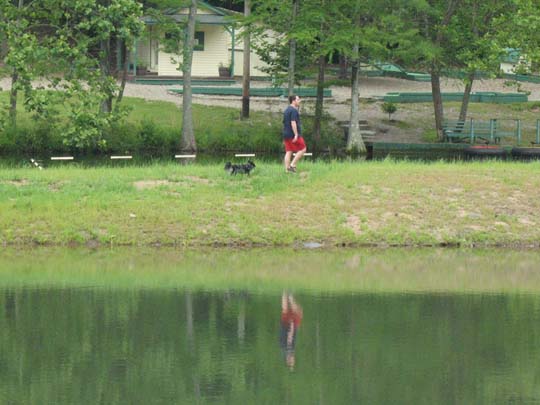 Chris and Kego. Taco was walking too far ahead to get into the shot. 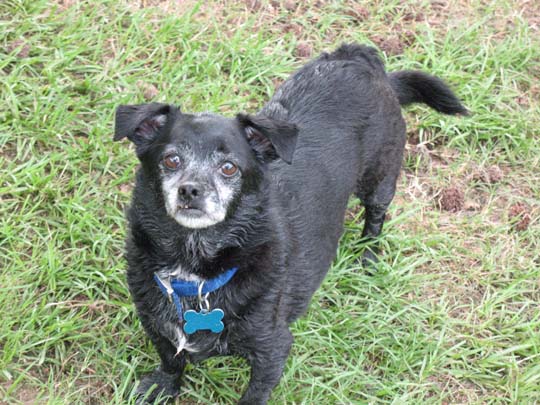 Taco, having just taken an accidental dip into the river. 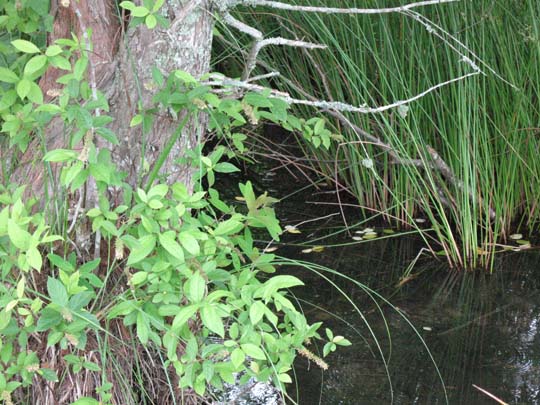 Everything was beautifully green. 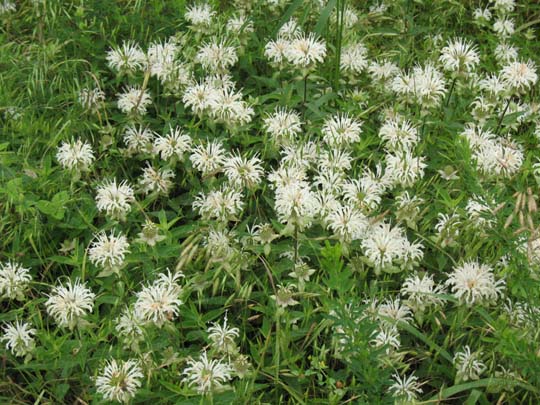 There were LOTS of these wild monardas around. 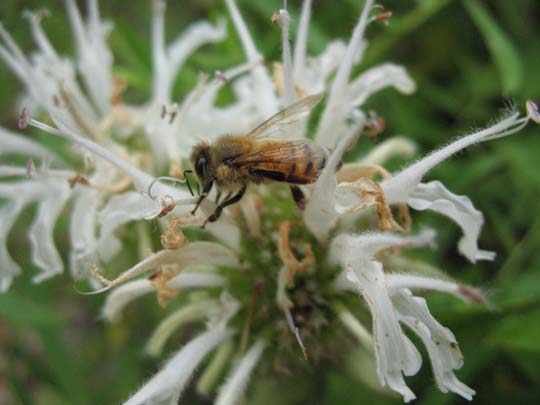 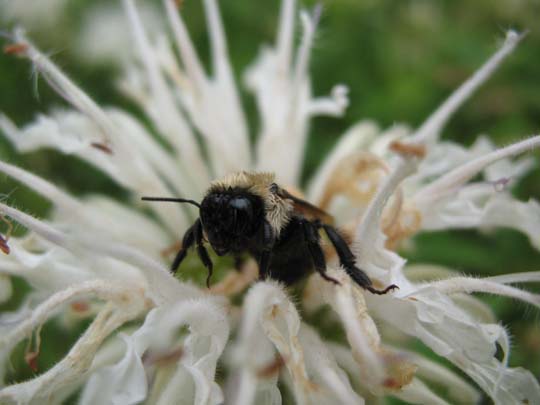 This looks like some kind of native bee, but smaller than what I think of as classic bumble bee. 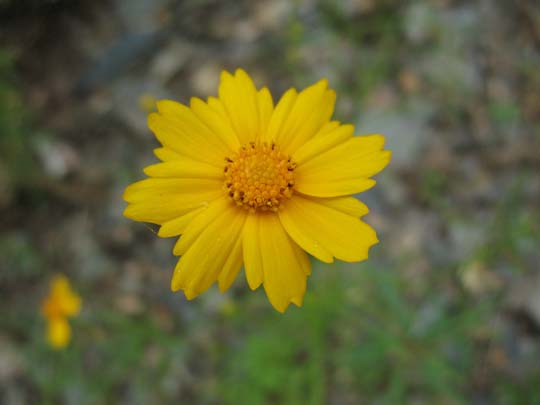 There was also a lot of this wild coreopsis. The leaves were very thin, but not the same as what I know as “skeleton leaf.” 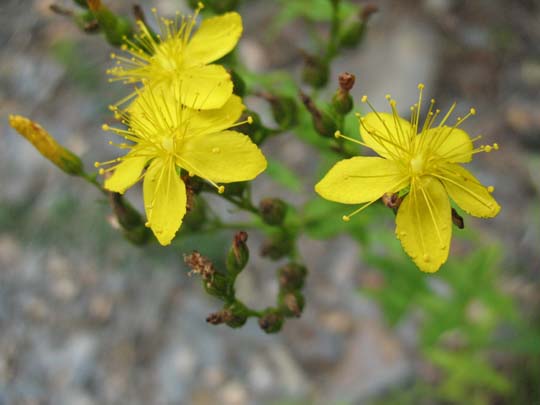 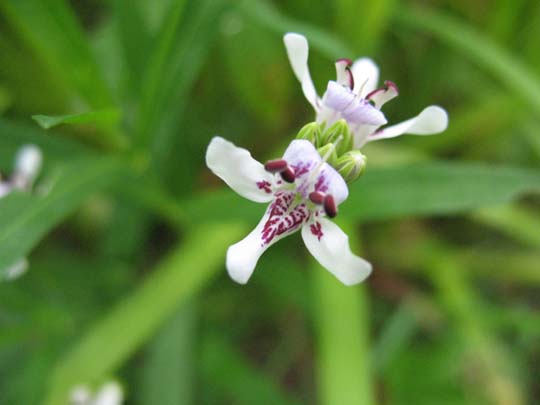 I have no idea what this is, but it’s pretty. I had to get very close, as it’s tiny – the flowers are less than 1/4″ across. 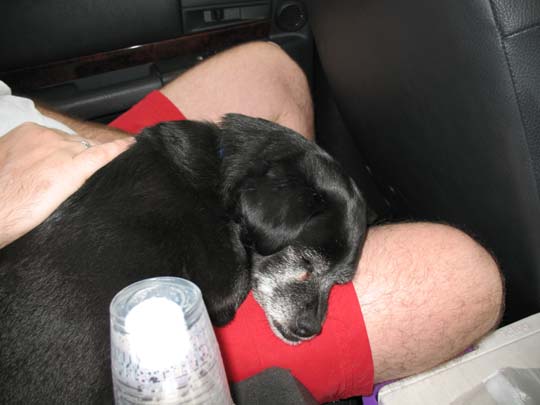 The dogs were VERY tired after all the running around. Taco slept a lot in the car.