I’ve always heard that while tempered borosilicate glass is hard to break, once you manage it, it can be really spectacular. Something about the way it’s made causes it to explode. I’d never seen it until today.

This was a four-cup glass measure: 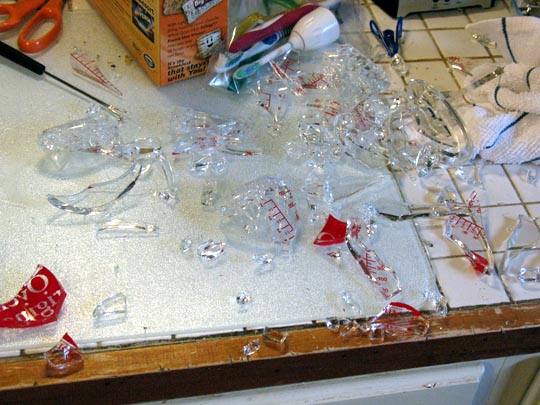 Today, I’ve been cleaning and rearranging the cupboards and drawers. (Thus, the random assortment of stuff on the kitchen cabinets.) I did a load of dishes, and was putting them away, when I dropped this glass measuring cup onto the cabinet. It fell about eighteen inches. It shattered into about four thousand pieces, which went sideways as much as five feet. 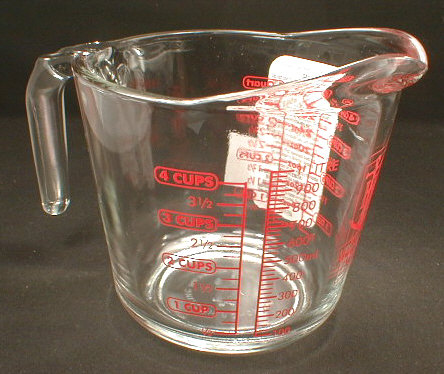 This is the kind of cup it was, before the tragedy. It was a good cup, the favorite for brewing iced tea. An expedition will be undertaken to find its replacement immediately.

Amazingly, for all this flying glass, I didn’t get cut, at all. Even picking out the bits which had gotten *inside* my sandals. It stuck into my skin, pointing out like tiny thorns, but didn’t actually pierce me anywhere. Very considerate of it, I think. 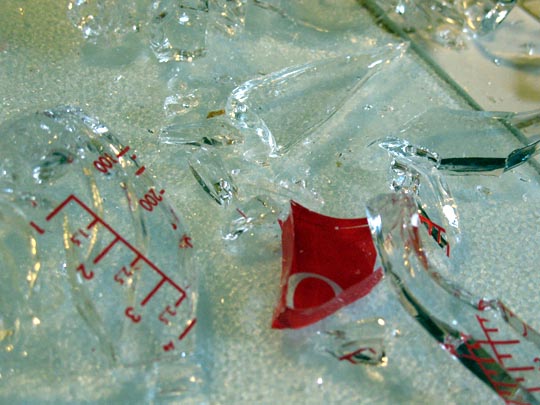 There was not a single piece left wider than about 1.5 inches. Some of them were long and jagged, but very narrow. There were lots of tiny pieces like splinters and flakes. Fortunately, they don’t seem to be bent on inflicting damage. I’m still finding them in places I didn’t know they’d gotten to. 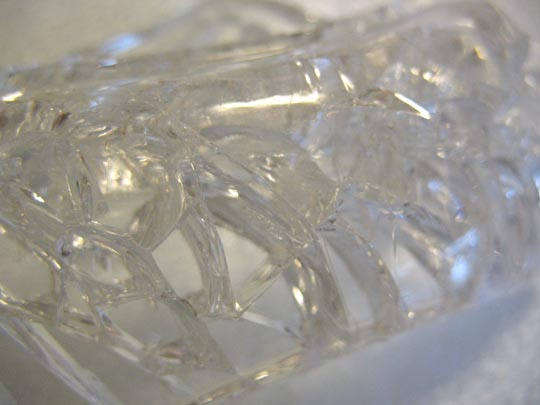 A lot of the bigger pieces continued to split into smaller chunks, minutes after the crash. They made a delicate “tink” noise.