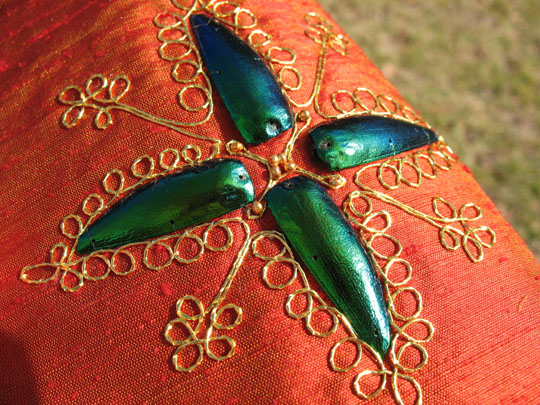 For some reason, once the camera *completely* focuses on the wings, it levels out the glare that makes the goldwork sparkle. In person, there are a lot more highlights. The first photo is just a tiny hair out of focus, and so it still has the light – but it tends to go away once it really locks in. Anybody know if there’s a setting or something I can adjust? I tried taking a few on manual with a variety of settings, but it still auto-focuses, and does the same thing. The best images I was able to get, were outdoors in full sun – indoors, or outdoors in shade, were even more flat. 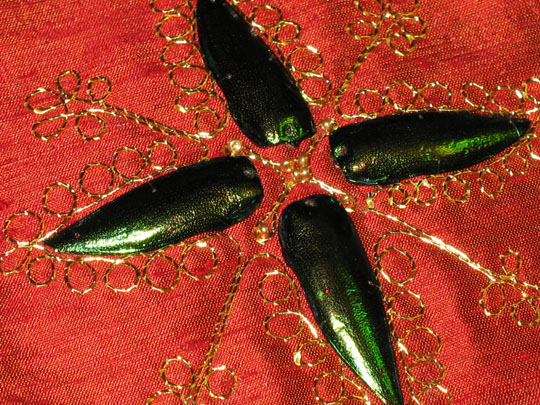 Using the flash wipes out most of the gold. It picks up a few sparkles, but most of it seems to blend into the red ground. 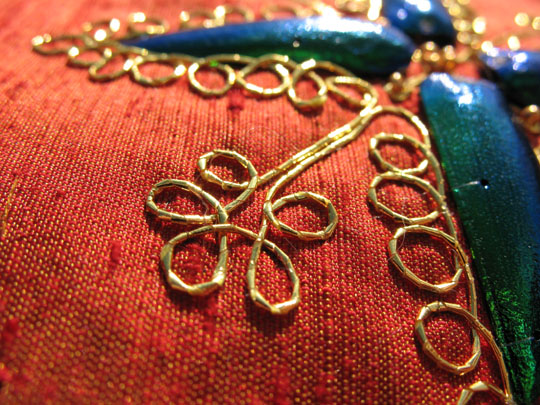 At certain angles, the beetle wings shift color – they can go toward an almost coppery orange, all the way to a blue purple. 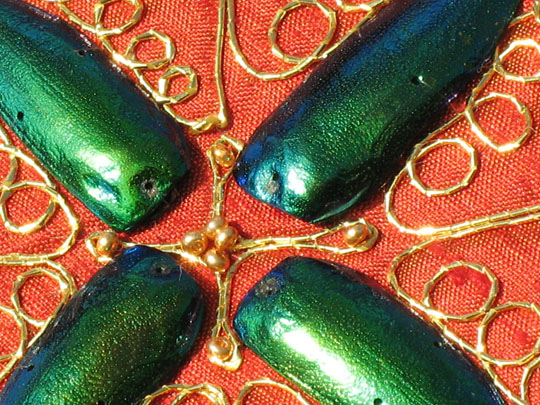 The beetle wing color is actually made by irridescence, rather than pigment. The wings are about as strong as a fingernail; they can break with bending, but are fairly tough against scratching.

Air Date for the That's Clever show! Counting down!
Scroll to top