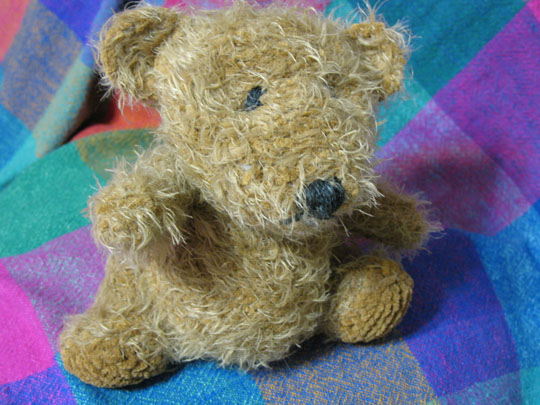 I finished the brown teddy bear for Chris’s niece. I’m pretty pleased with it overall, although as always there are a couple of lessons learned for next time.

This bear is based on Oliver in Sandra Polley’s book, “The Knitted Teddy Bear”. I used one strand of Lion Brand Suede, held together with one strand of Lion Brand Tiffany (eyelash) for everything except the soles of the feet, which are just the suede. It makes a very sturdy fabric that the stuffing doesn’t show through (which has been a problem with previous bears). The facial features are stitched on – the recipient is still small, and has a baby brother on the way, so I decided against the plastic eyes. 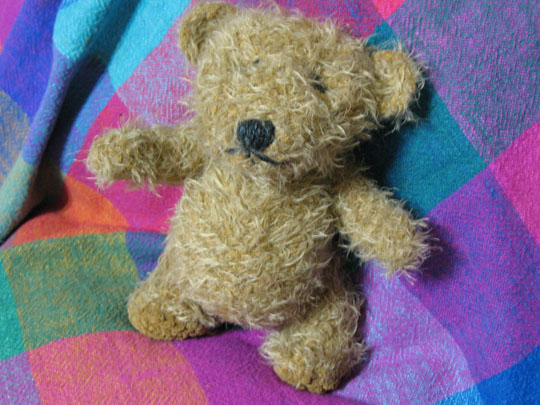 The bear is thread-jointed in the legs, so it can stand up. It’s so pot-bellied, though, that it isn’t very stable without leaning against something. It sits up pretty well. Standing, it is nine inches tall; sitting, it’s seven inches. I think it would probably stand up better with firmer stuffing, but then it would be less huggable. I used “Touch of Silk” stuffing, and it’s nice and soft to squeeze. 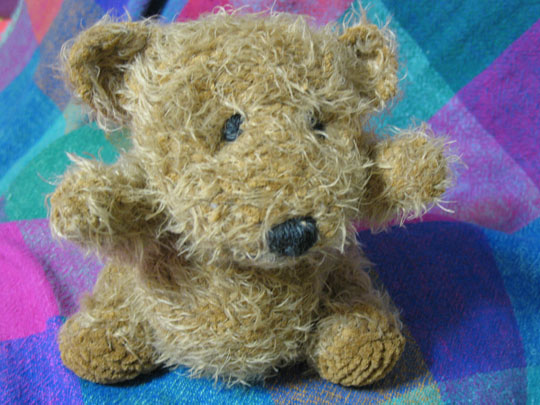 The arms are thread-jointed too, but all that really does is allow it to beg to be picked up.