Blog - Latest News
You are here: Home / BLOG / Uncategorized / A Roll in the Mud

This morning, Chris took part in a contest to try to win a jeep. This LINK gives you a good idea of what’s going on; he’s not in any of the video that I can see, though. 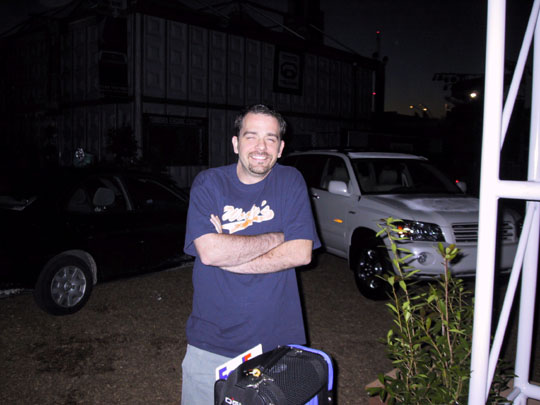 We got there in the dark early morning. It was kinda cold. We were both in shorts, of course. It warmed up nicely once the sun came up. 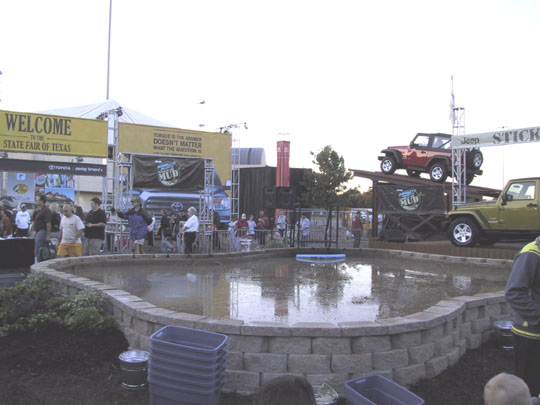 Fourteen thousand gallons of mud. I was curious, so I asked what it’s made from – topsoil? No, it’s spa mud. So all the contestants got a lovely skin treatment along with their fun! 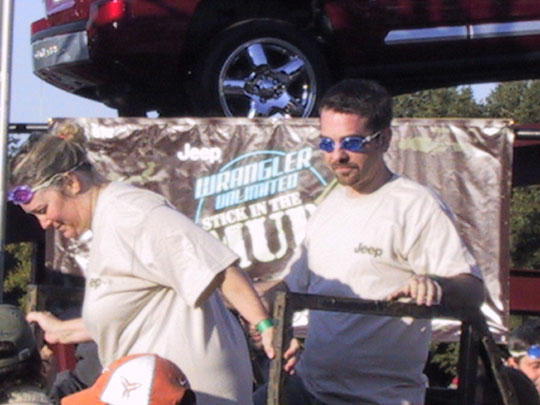 Here’s Chris in line to get into the mud pit for his qualifying round. This is the last time he was clean for quite a while! 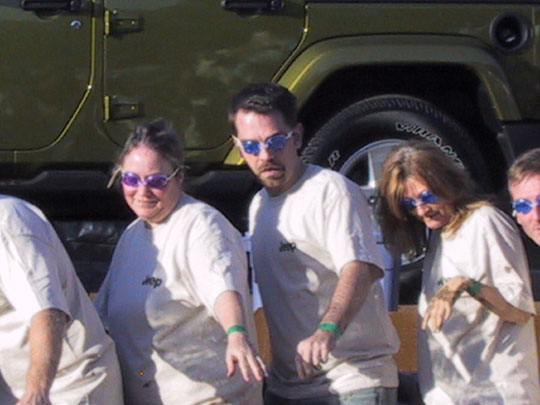 The 120 contestants were divided into 8 rounds of 16 people each. They had to stand against the side, one hand on the wall, until the whistle blew. Then, they had one minute to dig through the pit for sticks. Note the “game face.” 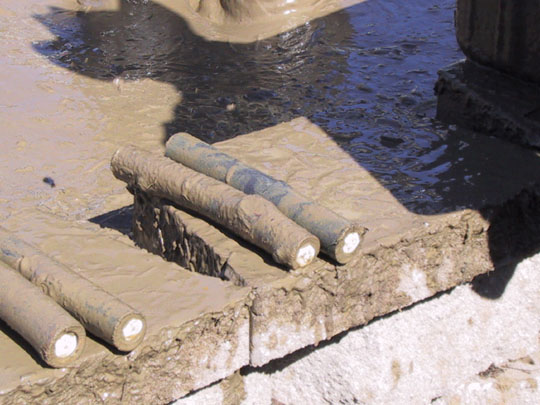 These are the sticks they were looking for. They have numbers on the end, which are tallied up for point values. 5, 10, 25, 40, and 140. The judges have to wipe them off to even see what the scores are. 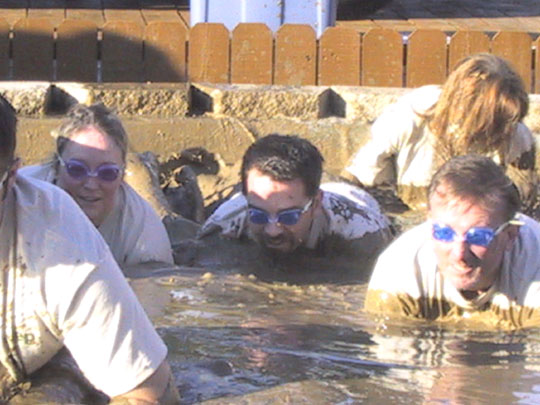 The mud was only about knee deep, but in order to get the sticks, they had to get shoulder-deep into it. One guy ended up face-down. He’s the one with the “WASH ME” written on his back. 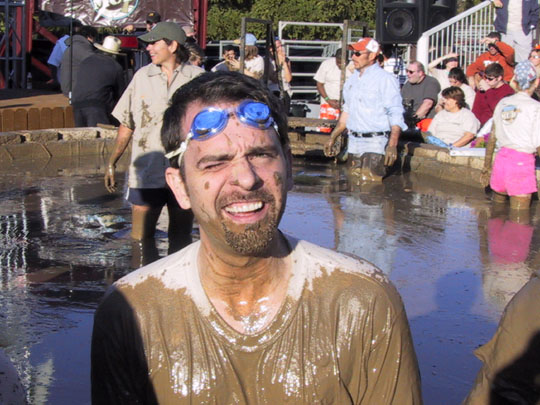 Chris had a great time, and got FILTHY. At least it was nice clean mud. 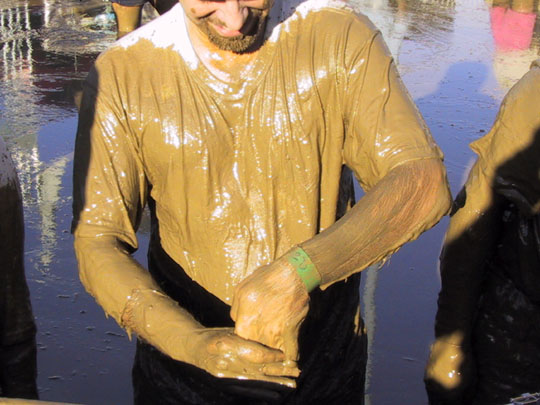 He kind of squeegee’d off before getting out. 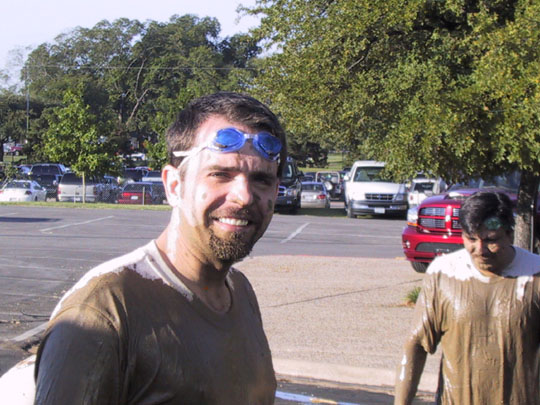 This is after he got out of the pit. 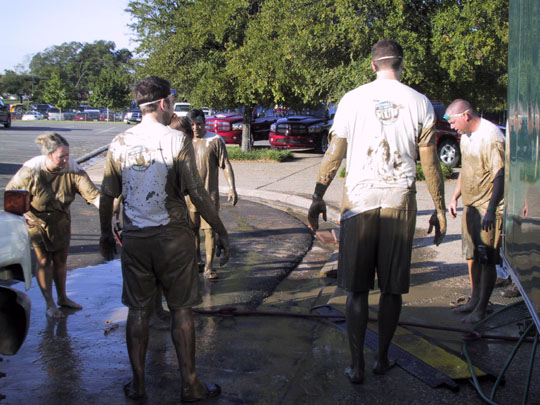 The contestants got to hose off. Some of them showered and changed; Chris just stayed in his muddy clothes. 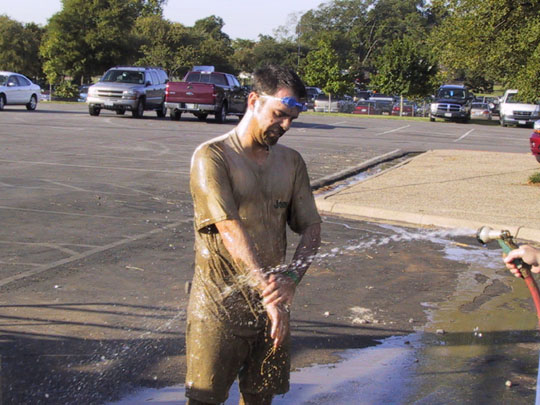 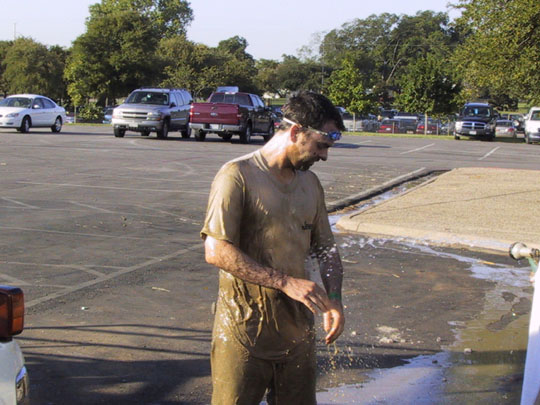 … and he started getting inspired…

… and visualizing himself in FlashDance. 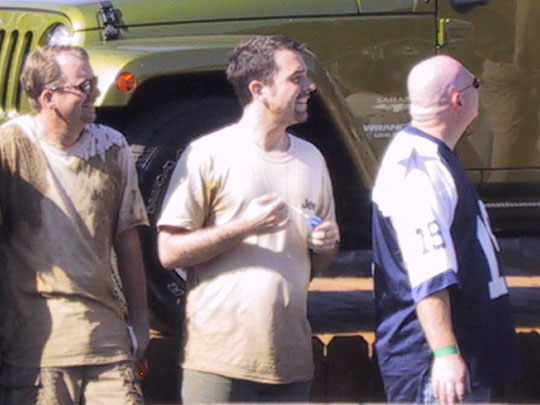 Chris got through to the second round!! The semifinals were basically a repeat of the first rounds, but with four people per round instead of 16. 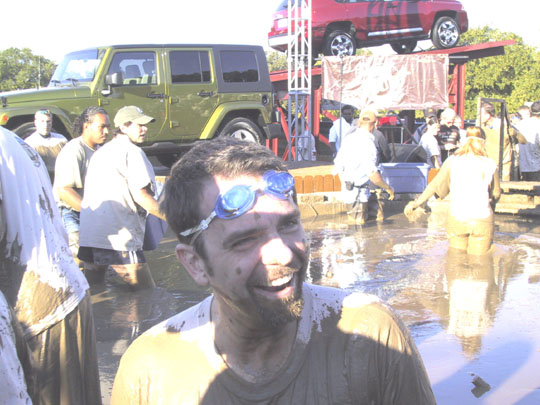 I had to change a camera battery partway through Round Two, so I just got photos at the end. 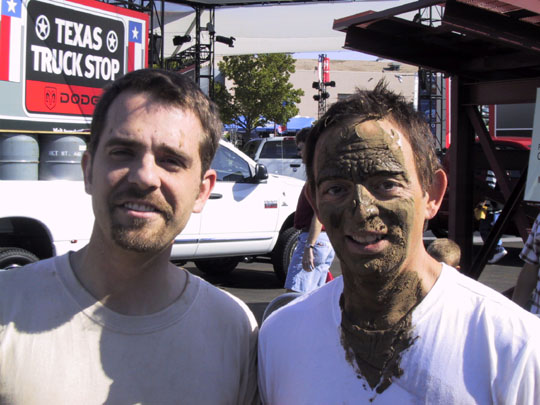 Here’s Chris with “The Why Guy” – a local news reporter, who was a sport and got in the mud on a live broadcast.

Unfortunately, after all this, Chris didn’t go on to the finals – so instead of the Jeep, he got two T-shirts, and a full-body spa treatment. And, of course, the chance to splash in the mud!