For those of you who haven’t bumped into that part of my life… I’m a country-western dancer.

You know that Willie Nelson gay cowboys song that has been hitting the press lately (at least around here) – you can hear it here:http://www.secretcowboys.com/

The cool part? I’m going to be dancing in the music video. We’re in choreography rehearsal, scheduled to shoot early next week, national release is planned for mid-March.

These are the guys who started out at the first rehearsal; it’s shifted a little, so I’m not sure which ones will be in the final shoot, and there are some new ones not pictured. 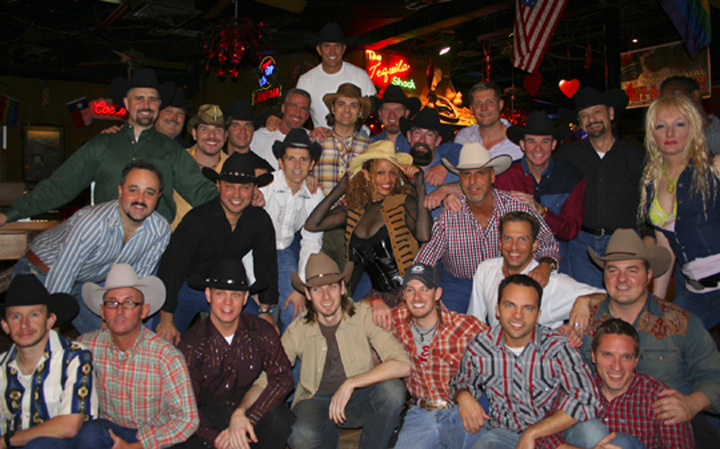 I’m in the dark green shirt, upper left side by the Coors sign.

Photo from today The pansies are line dancing
Scroll to top