This is kinda gross. It’s interesting if you raise silkworms, but if you’re easily squicked out, you might not want to click.

Grasserie is caused by a virus called Borrelina. It is infectious through contact with the spores, and it can be spread through the skin of the silkworms and through ingestion of contaminated food. I don’t know where it came from, or if this disease has other insect vectors here in the US.

The first sign is that the worm looks a lot more plump than it should. When it’s stretched out, it’s kind of hard to tell – but the segments don’t look right. 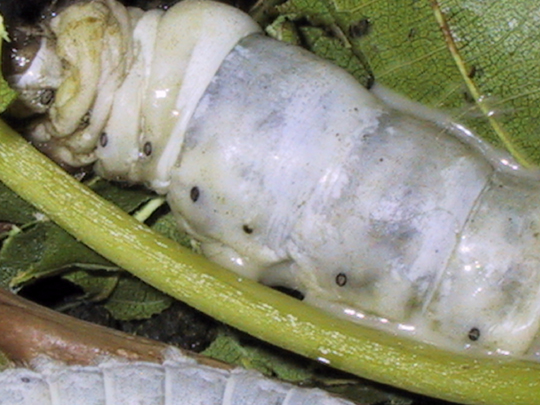 When the worm contracts, the over-fullness of the segments is distinct. They look like little sickly Michelin Men. They also become very fragile – the skin breaks easily, and oozes infectious milky liquid. It reminds me a lot of proofing yeast in water.

The worms start to get dark. Some of them will get what look like hernias, where the green mulberry inside pushes out toward one side. They get listless, and stop eating. 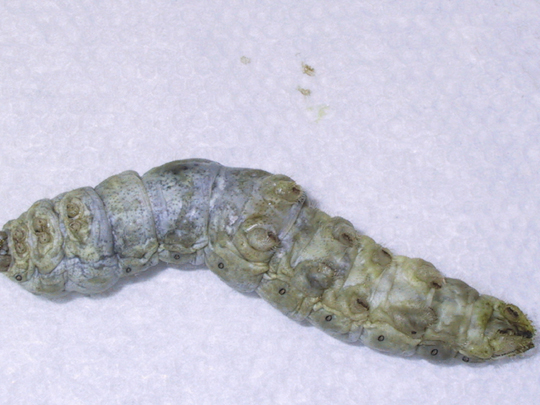 They eventually stop moving, although it takes them a while to die. 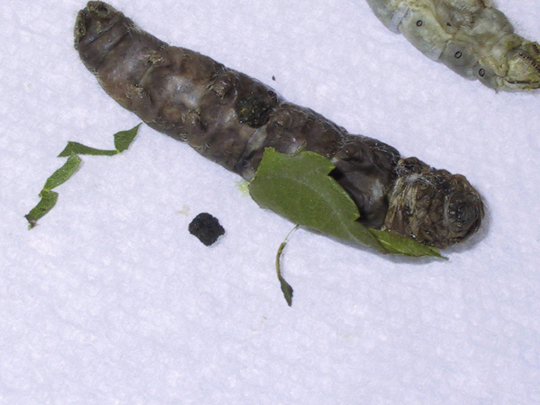 Once dead, within a few hours they are black and putrefying. You have to be very careful picking them up, or they bust open and ooze guts. It’s really gross. 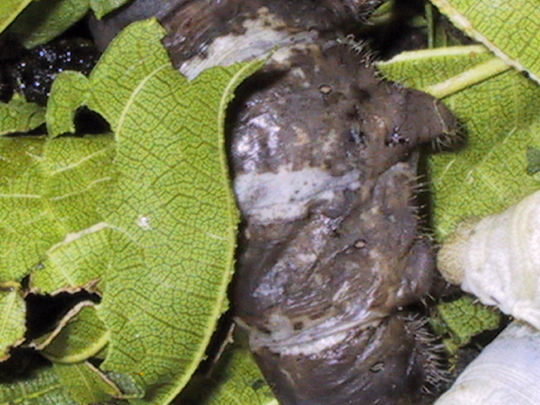 This is about a day later. I had to pick this one up with a spoon.

I’ve been managing the disease with several methods:
I immediately discard any worms that start to show symptoms, before they can ooze on the leaves or other worms.
I wash the trays, and then disinfect them with bleach water; I wash the netting between tray cleanings with bleach.
I net the worms up daily, or even twice daily – the sick ones don’t climb upward, so it separates the well from the ill.
I wash my hands and spritz them with specially denatured high-proof alcohol any time I have to handle infected worms or trays.
It seems like the management techniques have been relatively effective, as I’m having fewer new infections. I’m still hoping to get several hundred good cocoons from this batch, but I’ve probably lost between a third and half.