Blog - Latest News
You are here: Home / BLOG / Uncategorized / Let what is unseen, be seen….

All this usually happens behind the occluding screen of the cocoon; this is stuff that even I don’t get to see. Even when the caterpillar doesn’t spin a proper cocoon, and ends up just a bare pupa lying on the floor of the cage, I don’t get to see the moment of change – it takes about ten minutes, and I’ve never caught it happening.

Except, this time I did. 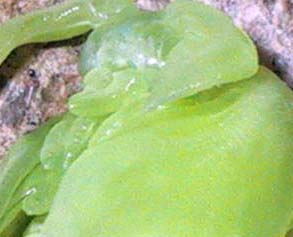 This is the caterpillar of a Tussah moth. The caterpillar had already shortened up, becoming a pre-pupa. Inside the caterpillar shell, it was developing the proto-versions of its moth organs: antennae, wings, and legs. The pre-pupa is incapable of walking, and can only wiggle its hips like a hula dancer, round and round. It began by shrugging its ‘shoulders’ back and up, splitting the caterpillar skin. Unfortunately, those shots didn’t turn out – I was trying to get the camera to focus, and lost a few. 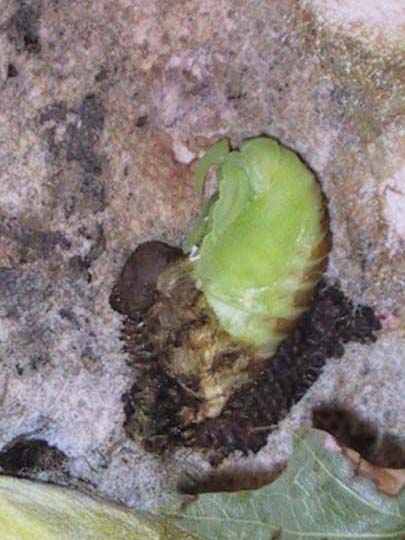 If you can imagine someone shimmying out of a tight dress without using their hands, feet, or teeth, you can get a good idea of the motion involved here. Lots of wiggling, rocking side to side, swiveling of the backside.

The antennae and wings are actually pre-formed already; they’re not complete, but they are separate. This is what I’ve never managed to see before, is the in-between moment. It’s a cross between ‘magical’ and ‘disturbing,’ kind of like seeing someone’s leg bend the wrong way. 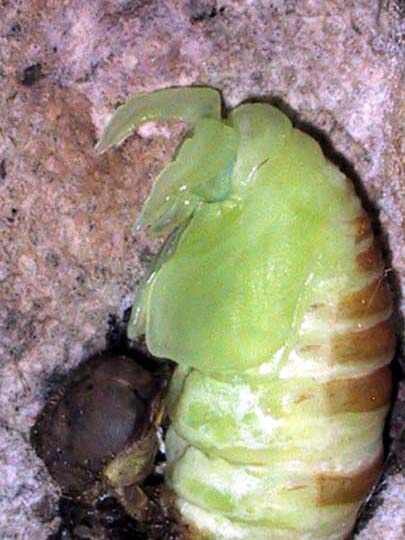 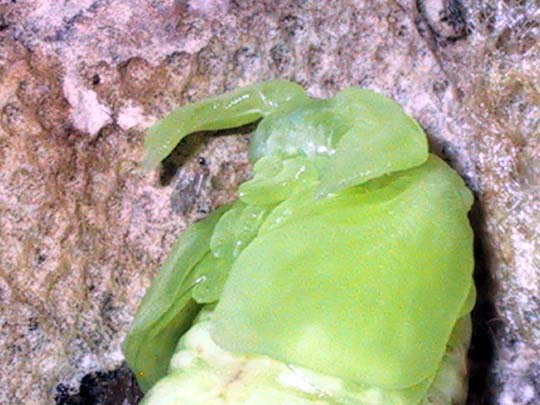 In the close-up, you can see the shapes of the legs, the antennae, and the wings distinctly. The entire thing looks like it’s carved out of delicate green jade, with brown patterning on the backside. To me, it looks very alien and strange, but beautiful.

Within about five minutes of getting totally free of the caterpillar skin, the pupa has closed in, and the free-floating antennae and wings are attached firmly to the sides. The pupa will darken over the next couple of hours, becoming a nearly-black brown.