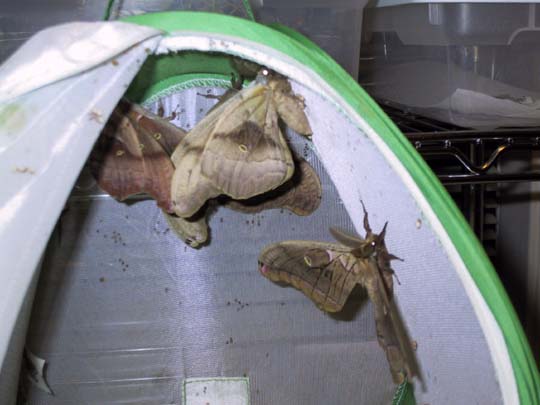 It must have been the moonlight. Either that, or this one moth has some amazingly powerful hoo-hoo juice…

I’ve had good luck with my polyphemus females finding mates. I put them out in the front yard, hanging from a tree branch in the little tent, and I wake up early, like six, and there’s usually a male fluttering around the tent. Once, there were even two! Tonight, there were six. In the light of the full moon, it was like being surrounded by bats – they’re HUGE, a couple of these have to be six-inchers. I caught them, one after another, and popped them into the tent. 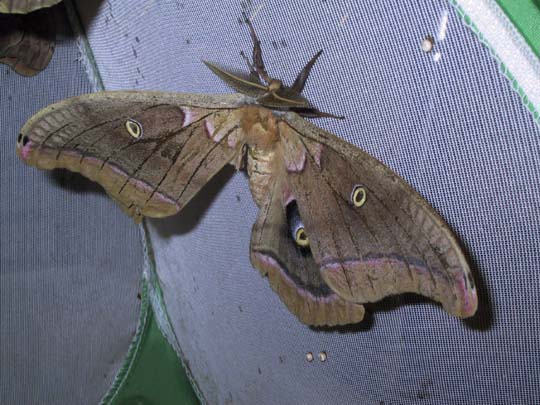 This old man has clearly had a rough time of it. He was flopping on the ground – and when I saw him, I realized why. Another of the males had seen him, and in his pheremone-maddened state, was vigorously attempting to breed with him. 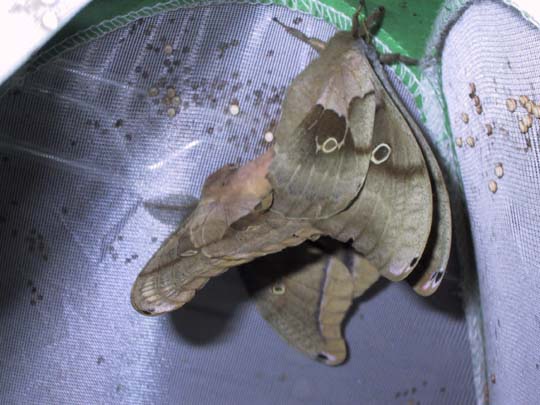 It actually was tough to tell at first that the pairing had taken place. There was a throng of wings on top of the one female. Fortunately, after careful sorting, I was able to determine that one was actually attached. 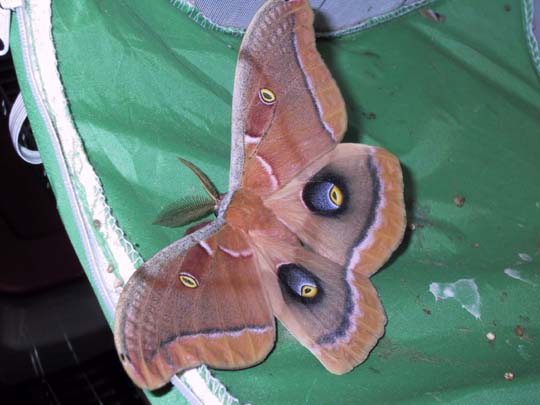 This handsome cinnamon fellow was one of the unfortunates who didn’t make the cut.

I love the variety of their wild colors. The cinnamon with all the pink highlights is my favorite, but they also come in tan, chocolate, buff… all this beautiful rainbow of browns. I turned them loose outside after determining that she was well and truly knocked up.