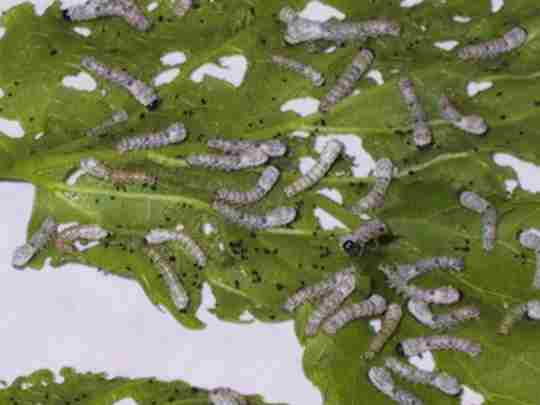 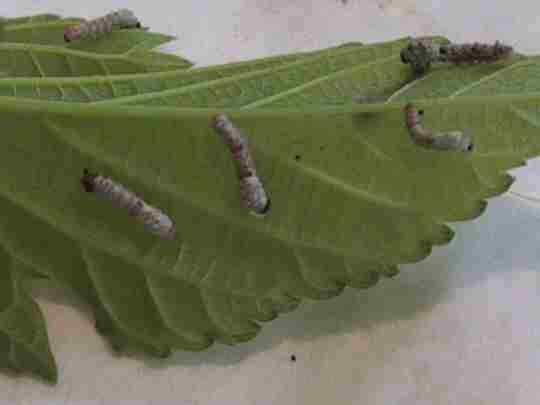 Here, you can see a few of the different stages. The worm on the right is first instar – note the small head. The worm in the middle, with the larger black head, is second instar. The worm on the left is in the process of changing – his head is white, because he’s just changed his face plate; it will darken as his skin ages a little. He still has his skin caught around his back end. 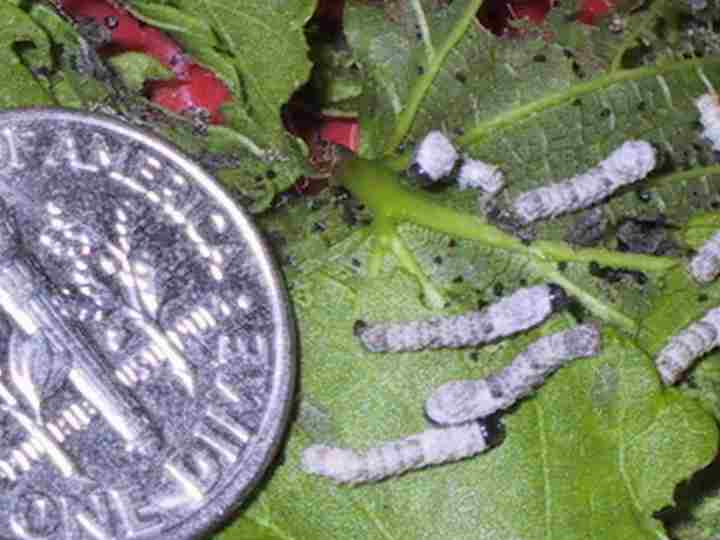 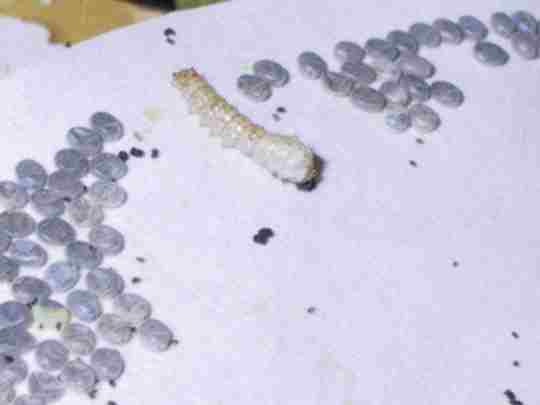 When the worms are ready to change their skins, they stop eating for a while and sit still. We call this “praying” – the Japanese say that the worm is in “the first sleep.” They sit with their heads held up for several hours, sometimes all day, and then they shed. 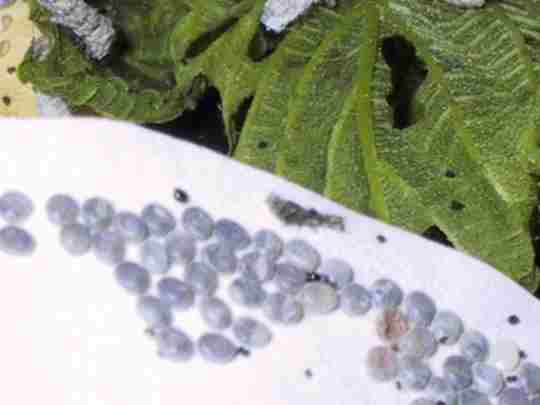 Here, you can see the shed first skin. It’s easy to miss these, with the first change, because they are so tiny. Later changes have more obvious cast-offs. Worms often crawl off of the leaves, but only an inch or so away, to shed their skins. 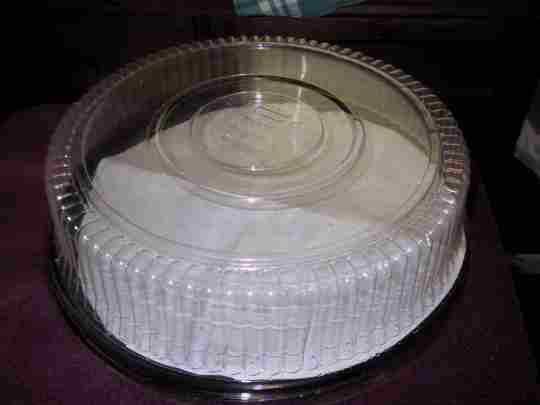 The worms are big enough now that I change them up to a larger tray. This is the kind of tray that they will live in for the rest of their life cycle; as they grow, I just split them out to additional trays. This is a deli tray – if you’re not fortunate enough to work for a company that buys them to throw parties or treat the staff to cheese and fruit (have I mentioned that I love my job??), see if you can talk your local grocery store deli counter out of two or three. Otherwise, you can buy them at places like Sam’s or a restaurant supply house.

To make the cleanup easier, I line the trays with a piece of freezer paper folded and cut into a circle. 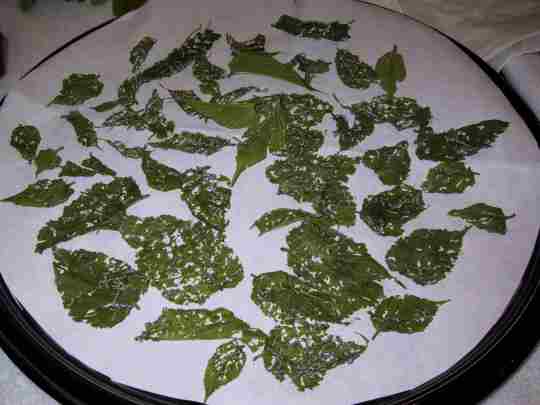 When I transfer the worms, I do it by picking up the leaves they’re eating and moving leaves, worms, and all to the new tray. This allows me to leave behind the older leaves beneath. I find that I can build up 3 to 5 layers of leaves before they start to get moldy and nasty beneath; it varies depending on temperature and humidity. Individual worms that are left behind on the litter can be picked up *very gently* with tweezers or forceps, or with a paintbrush. It’s easy to crush them if you use your fingers. 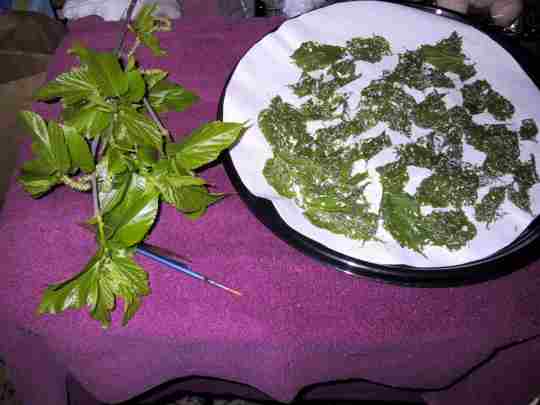 This is the amount of leaves they’re eating right now. It’s about 4 pieces of branch, each a foot or so long and only as thick as a pencil. The basic idea is to have enough leaves to entirely cover the worms; imagine covering a pizza entirely with pepperoni slices. If you put leaves a few inches away from a worm, it’s a dead worm. 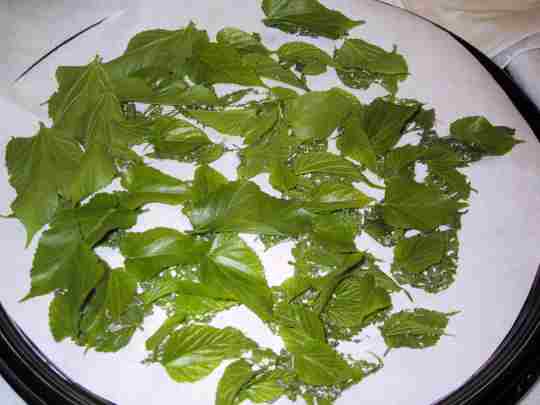 This is what they look like once they’ve been fed. After this, they’re good for another 6 to 8 hours. The more you feed them, the faster they grow. I usually feed them first thing in the morning, at lunch, after work, and before bed. They don’t need feeding during the night, although I’m sure they’d appreciate it.